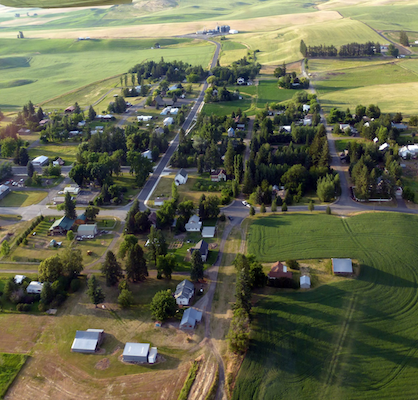 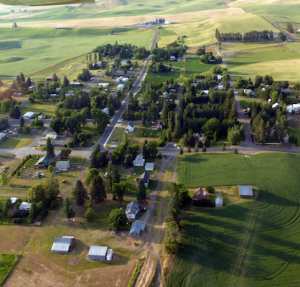 As a frontier town, Farmington was formally formed in 1888. The main industry at the time was cattle ranching, although farmers also had fruit orchards and sugar beet farms. These had been largely neglected by the late 1890s in favor of the development of wheat and lentils. Due to the railroad depot, which served Farmington on the Spokane-Palouse rail line, the community started to prosper.

Due to this, it was able to export its local produce and become well-known. In fact, Teddy Roosevelt went to the town in 1908. Due to its success, the city’s population grew rapidly, peaking at 500 people in 1929, the same year Farmington State Bank was founded. However, Farmington was severely impacted by the Great Depression. It had barely 341 inhabitants by 1940, and 140 by 1970. Numbers have stayed fairly constant ever since.

WordPress was used to create the insecure website for Farmington. The sawmill, buckskin outfitter, lentil processing facility, and bank are the only four companies mentioned in the directory. It’s entirely possible that Farmington State Bank’s rural roots are what allowed it to survive the Great Depression while so many other local banks failed. John Widman, the bank’s president, boasted that the institution didn’t provide credit cards, had more deposits than loans, and was a part-time farmer. It happened in 2010.

All of this is true despite the fact that a British citizen going by the name of Archie Chan bought the bank in 1995. According to Widman in 2010, Chan had intended to make the bank a center for international banking. Archie Chan preserved the investment as a non-profitable safety net for 25 years. Then everything changed in 2020.

Farmington State Bank was purchased by a business called FBH in 2020. Jean Chalopin, who also serves as chairman of Deltec Bank and Trust, one of the primary banks for both Alameda Research and Tether, is the chairman of FBH. Chalopin joined the board of directors at Farmington.

The bank changed its focus to handle bitcoin and international payments soon after the purchase. However, Farmington State Bank was unable to shift money at any point after the purchase because of its “backwards” traditions of neither accepting hazardous loans or — and this is truly mind-boggling — even being a part of the Federal Reserve System.

The little rural bank has given up its plans to go into the cryptocurrency and cannabis industries and will revert to being a community bank. Alameda Research controversially purchased a share in the bank before it went insolvent. In November of last year, the Alameda, owned by Sam Bankman-Fried, purchased a $11.5 million portion of Farmington State Bank, according to the public reporter. That aroused questions because it had only three workers up until 2022 and was the 26th-smallest bank among the 4,800 in America.

Only 146 people call Farmington, Washington home, yet it is so far away that not all of it is visible on Google Street View. The Spokesman Review, a local newspaper, referred to the bank as “strictly no-frills” in 2010 since it didn’t provide credit cards or online banking, focusing solely on agricultural loans to farmers.

In 2020, FBH, a business owned by “Inspector Gadget” co-creator Jean Chalopin, bought Farmington State Bank. After that, it started operating as Moonstone Bank with a focus on serving the cannabis and digital asset industries. The owner’s son, Janvier Chalopin, is the bank’s chief digital officer, according to the bank’s website.

Despite the bank having a net worth of only $5.7 million at the time, Alameda acquired 10% of FBH for $11.5 million in January 2022, according to the news. Following publication of that article, the bank explained that it now employs 32 people and claimed that its $115 million valuation “was consistent with other similar technology banks and trust-bank companies at the time.”

The bank said in a statement on Wednesday night that it will now leave the cryptocurrency industry and turn its attention back to being a neighborhood bank. The statement said that

The change in strategy reflects the impact of recent events in the crypto assets industry and the resultant changing regulatory environment relating to crypto asset businesses.

In order to “represent this return to its beginnings,” it was added that the name Moonstone Bank will be retired.

Jean Chalopin also serves as the chairman of Bahamas-based Deltec Bank. A Forbes reporter revealed on Monday that FTX had granted Deltec a $50 million loan. 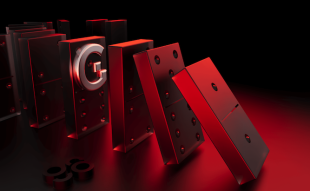 “A bad dream”: investors trapped by the collapse of Genesis

Join Our Telegram channel to stay up to date on breaking news coverage Richard ...