The cryptocurrency industry has just flaked out of a disastrous 2022 but the space is still as messy as it was. This statement is deliberate amid a probe by the United States authorities into hedge fund investments in Binance, the largest crypto exchange by daily trading volume.

According to an article that first appeared on The Washington Post, federal prosecutors are currently digging into American hedge funds and their dealings with the Malta-based exchange.

Binance In The Spotlight Over Money Laundering Allegations

The CEO of Binance, Changpeng Zhao (CZ), spent the better part of December defending his exchange over what he termed as FUD (Fear, Uncertainty and Doubt). However, they say where there is smoke, there is likely to be a fire.

United States prosecutors appear to be convinced a ‘fire’ is burning in Binance’s coffers unable to let go of a long-running investigation of potential money-laundering guidelines.

In recent months, the US attorney’s office for the Western District of Seattle requested specific firms to surrender records of their conversations with CZ’s exchange. The Washington Post, cites two people familiar with the matter, although currently anonymous, who reviewed one of the subpoenas.

Legal experts reckon that the subpoenas, which have not been reported before, may not lead to legal charges. For now, discussions are centered around the possibility of a settlement with Binance, while deliberating if the allegations have enough weight to warranty indictments against one of the most influential firm in crypto.

A recent interview featuring Patrick Hillmann, Binance’s chief strategy officer, revealed that the exchange is conversing with “virtually every regulator across the globe on a daily basis.” Although, a request for a comment on the US investigation from Joshua Stueve, the spokesman of the Justice Department bore no fruits.

The investigation by US authorities come amidst the dramatic collapse of Sam Bankman-Fried’s FTX exchange. In other words, this is happening when the crypto industry is delicately balancing on a loose thread. Experts and key figures in the space are looking forward to increased scrutiny aimed at ensuring investors are protected from the dealings of a handful of people in powerful positions.

Investigators are looking at a worrying pattern that is causing the collapse of crypto giants like Celsius, last July. Celsius was one of FTX’s Alameda Research largest lenders. Alameda Research, the trading arm of Fried’s FTX exchange, filed for bankruptcy in November.

Although CZ was one of FTX’s earliest significant backers, his decision to pull the rug, selling off his holdings in FTT, a token issued by the Bahamas-based exchange, escalated the implosion in November. Following Binance’s decision, customers rushed to withdraw their funds from FTX, causing a liquidity crunch, more like a bank run situation.

Attention Turns To The Malta-based Exchange

Regulators appear to be zeroing in on Binance, the largest crypto exchange, despite CZ painting himself as a champion for oversight. During a conference in Indonesia late last year, the CEO of Binance said, “regulators rightfully will scrutinize this industry much, much harder, which is probably a good thing.”

Binance, is however, not the SI unit for cooperation with financial regulators. In fact, it continues to frustrate regulators and law enforcement agencies’ efforts, as per the thoughts of legal experts. Binance did not conduct KYC for many years, letting customers buy and sell crypto without duly identifying themselves. This situation has made it easy for money-laundering individual to carry out their criminal activities unnoticed, according to John Ghose, a former prosecutor from the US Justice Department.

Binance’s Hillmann admits, the Malta-based exchange was not compliant to set regulatory standards during its early years of its rapid growth. However, he stresses that Binance has in recent years, focused on regulatory compliance programs and is collaborating with law enforcement to fish out criminals from its crypto platforms.

“Over the last two years, the company has completely changed its posture. Now that we have those resources, we are easily one of the most proactive parties to identify, freeze and get back the funds,” Hillmann said.

Chainalysis, one of the crypto industry’s top data providers, reported in 2022 that crypto-based crime hit an all-time high of $14 billion in 2021 from just about $4.6 billion in 2017 – the year Binance was founded. Nonetheless, during this period crypto adoption grew exponentially, while the percentage of overall illicit transactions went down.

In his opinion and based on his vast experience, Ghose reckons that investigators are zeroing in on Binance for its hand in the violation of the Bank Secrecy Act. The law demands all financial institutions verify the identity of their customers and report all activities deemed suspicious, especially those that strike as money-laundering and tax evasion among other parameters.

Ghose explains that the subpoenas might be scrutinizing Binance’s relationships with United States-based customers. However, the former prosecutor does not have firsthand information on the investigation into the world’s largest crypto exchange.

How Is Zhao’s Exchange Responding?

Binance is fronting itself as a leading champion for regulatory compliance. The exchange formed a global advisory board chaired by Max Baucus, the former Democrat senator from Montana, who was the US ambassador to China, during the Obama administration. The board is privileged to have David Plouffe, a former top advisor in the Obama administration. In December, the board officially joined the Chamber of Digital Commerce, a crypto lobbying association domiciled in Washington.

“Binance.US, a Palo Alto, Calif.-based trading platform owned by Zhao, hired two new outside lobbying firms and launched a political action committee, allowing it to raise funds from its own ranks and distribute the proceeds as campaign contributions, federal records show. And it hired former FBI agent BJ Kang, who directed high-profile probes of insider trading on Wall Street, as its first head of investigations,” The Washington Post reports.

Despite these confirmed reports, a spokesperson from Binance.US reckoned the firm has no intentions to carry out any political-based donations. According to Carlos Gomez, the chief investment officer at Belobaba Crypto Asset Fund, Changpeng Zhao is just “trying to do the right thing” by having discussions with government leaders in order to foster regulation and help save crypto firms facing financial instability caused by the long-running crypto winter.

In other words, CZ is currently selling himself as a “trustworthy person” in times when crypto could use more honest people. However, it is evident that Zhao is losing the trust of his customers and fast.

The exchange saw over $3 billion in withdrawals in a short span of 24 hours in December. Nansen, a crypto analytics firm reported that the funds that left the exchange surpassed net deposits, making it the largest withdrawal recorded in a single day from the exchange.

Investors are worried, according to Carol Alexander, a crypto guru and a professor of finance from the University of Sussex. Large-volume traders, popularly known as whales “are starting to move out of Binance as regulatory pressure mounts,” she chimed in.

CZ spent most of the early days in December convincing the world that his exchange is in good health financially and that it has enough reserves to back customer deposits. A spokesperson from the company claimed in December that “every user could withdraw their assets from Binance and the company will continue to function as normal.”

The claims quickly vanished into thin air as the company’s auditor, Mazars suspended relationships with all crypto-based businesses, including Binance in the same December. Apparently, the decision was arrived at “due to concerns regarding the way these reports are understood by the public.”

Binance was seen to be conflicting with Mazars over the audits, saying they were “third-party,” while the auditor reckoned that the assessment report did not constitute a legally binding assurance or opinion.

According to Vivian Sang, an accounting professor at the University of Minnesota, Mazars recused itself because “providing an audit opinion or assurance on its review of Binance reserves would significantly increase the risk of being sued if it later turns out that Binance doesn’t have enough money to cover customer assets.”

Meanwhile, the investigation by US authorities could hit a wall if they come to learn that Binance perhaps is not subject to American laws. The company was birthed in China – moved to Japan and later to Malta in search of a crypto-friendly jurisdiction. Moreover, CZ has since 2020 stressed that his firm has no official headquarters.

According to Reuters and also reported by The Washington Post, “Binance Holding Ltd., a shell company that operates several Binance subsidiaries, is based in the Cayman Islands, but Zhao is also connected to dozens of business units around the world, including in the British Virgin Islands, Singapore, Ireland, Liechtenstein and the Seychelles.”

Industry experts have opined that the success enjoyed by Binance is as a result of promoting and selling of risky financial crypto derivatives that allow users to engage in high-leverage bets while, speculating on digital tokens like Dogecoin, a dog-themed crypto project.

Financial products of this nature are outlawed in the US, with Binance locking out American-based customers. The exchange has, since 2019, locked out customers in the US from accessing the offshore exchange, supporting derivatives.

Binance.US, a Binance subsidiary based in the United States has a selected list of assets on its menu. The firm is said to be operating independently of its larger sister crypto platform, Binance.com.

The US, Cuba, the Crimea Region, Iran, Syria and North Korea are some of the restricted regions on Binance website. Despite the restriction, some people based in the US claim that they are able to bypass the wall. There are videos of how to access Binance.com products on YouTube and Reddit from the United States.

Despite the allegations, Binance through its strategy officer, Hillmann says that the loopholes have been tested and do not seem to work.  “There is no ability for any user today in the U.S. to be able to access Binance.com,” he said.

Interviews conducted by The Washington Post featuring crypto-focused hedge funds stressed that the firms have accounts with Binance.US notwithstanding its limited menu of tradable assets. Some hedge funds said that they do not use any of Binance.com products and prefer Coinbase, one of the few publicly-listed crypto companies.

On the other hand, Binance maintains it is a law-abiding company and is collaborating with investigators. Despite this claim, Binance.com is not registered with the Treasury Department’s Financial Crimes Enforcement Network, or FinCEN, although this is the basic requirement of compliance with the Bank Secrecy Act. 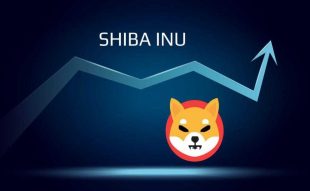