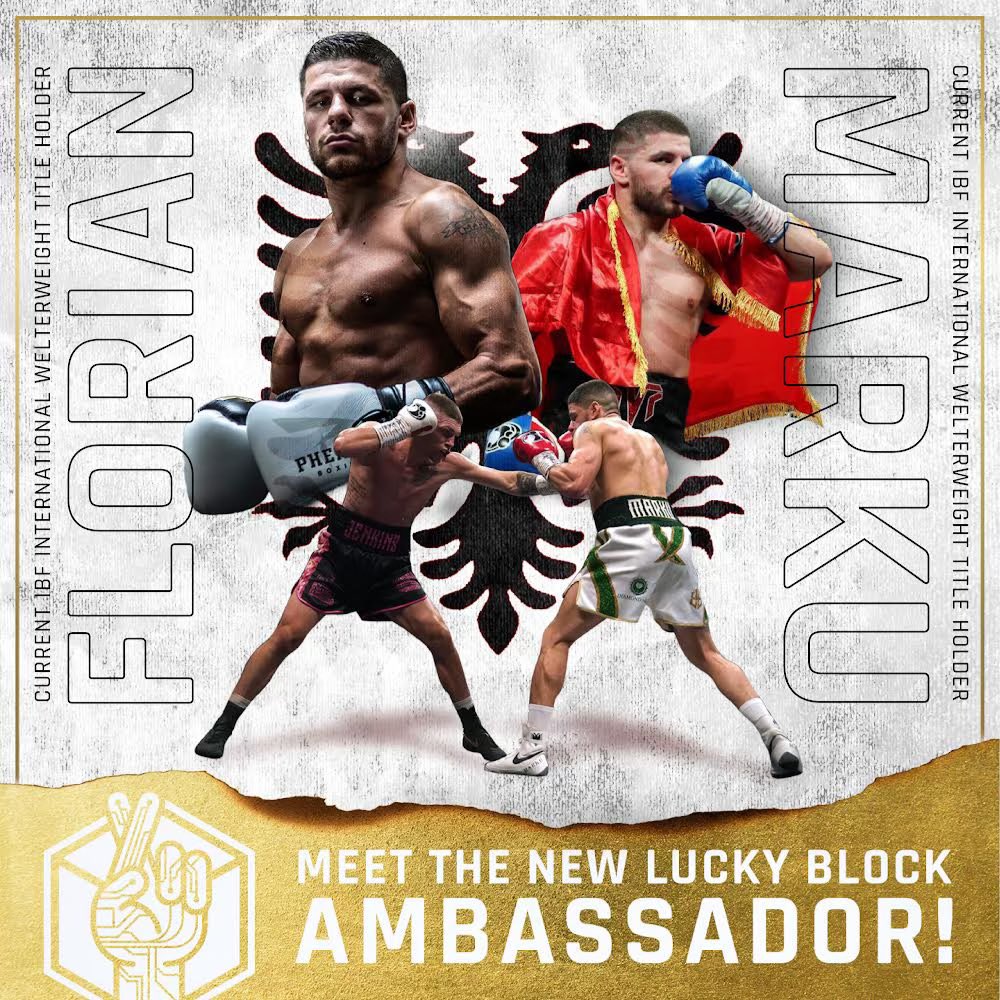 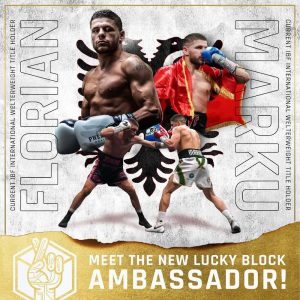 Lucky Block’s partnership with the Welterweight Champion and leading MMA fighter seeks to attract a growing fan base. The sponsorship of games by cryptocurrency projects has been one of the top trends in the market.

This is not the first sports deal Lucky Block has secured with a boxing champion. The platform partnered with Dillian Whyte before the fight with Tyson Fury. The platform is now looking to add more boxing talent.

The MMA fighter will become the new ambassador of Lucky Block. The financials for the sponsorship deal between Marku and Lucky Block have not been disclosed. Nevertheless, Marku is the latest addition of world-class boxers on the Lucky Block roster.

Marku is popular with MMA fights, as he has only lost four out of the 110 Mixes Martial Arts (MMA) kickboxing fights. He later moved towards boxing, where he is also becoming increasingly popular. Marku currently has an 11-0-1 record, and he has remained undefeated in the ring.

The CEO of Lucky Block, Scott Ryder, commented on this development saying, “Together, Lucky Block and Florian Marku can beat the odds and show the world that with hard work anyone can achieve their dreams. In that vein, we hope to educate Florian’s fan base, other boxing fans, as well as those beyond the fight scene about the benefits of crypto, while showing the world how charitable giving can be supported as part of the mix.”

Marku is not the first leading boxing champion to enter into a sponsorship deal with Lucky Block. The platform is only getting started in the boxing sector, and the platform could sign in more players into its boxing roster.

The news of Marku’s signing comes shortly after the boxing champion signed a sponsorship deal with Dillian Whyte. The latter recently entered the ring with Tyson Fury, and they fought in front of a record-breaking audience of 94,000 at the London Wembley Stadium.

By signing popular boxing champions, Lucky Block plans to become a leading platform to be used by champion fighters in the cryptocurrency sector. 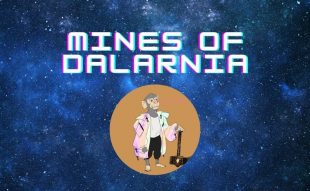