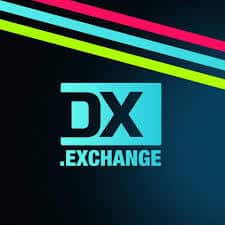 An Israeli company operating DX.Exchange is facing bankruptcy in an Israeli court. About 78% of the company’s employees reportedly petitioned for its dissolution. Several of them have worked for SpotOption, an infamous binary options firm.

On October 24, 78% of current and former employees of DX.Exchange filed a petition in an Israeli court, asking for the dissolution of the firm. The company was promoted extensively in the crypto circles. However, employees reveal that it was linked to the binary options industry of the country. The company, CX Technologies Ltd., ran a crypto trading platform DX.Exchange. According to the Times of Israel, the company claimed an Estonia-registered company owns it. In reality, it was the local CX Technologies. Interestingly, it is a successor firm to SpotOption, one of the most infamous binary options firms in the country. The FBI also raided the company in January 2018. The US federal agency suspected that it was linked to a multi-billion-dollar scam options scam.

SpotOption declined wrongdoings, but employees claimed that CX Technologies absorbed most of its 55 employees from the binary options firm. Both the companies are based in the same office as well, and CX conveniently moved all funds and employee pension plans from the old to the new firm.

In the petition, employees reveal that Miriam Mileikowsky, a relative of Israeli Prime Minister Benjamin Netanyahu, was a senior employee in both companies since August 2016. She is wide of PM’s first cousin Ory Mileikowsky, who was on the brink of bankruptcy in 2013. He reportedly advised investors after which they lost 90% of their funds. A judge ordered him to pay the investors back, but the Supreme Court overturned that decision.

While Miriam was paid $11,500 per month for her services as legal counsel, other employees were not paid their salaries for September and October 2019. CX had also not paid its benefits for a longer duration. In the past few months, some suppliers have also sued the company for not paying its bills.

DX.Exchange received extensive coverage in western media where it was frequently cited as a NASDAQ partner. Its links with Bloomberg were also hyped up. They hyped the relationship with the two companies beyond reasonable measure. Interestingly, the company’s CEO is an American, Daniel Skowronski, who owns a 10% stake. The other 90% is held by Malhaz Pinhas Patarkazishvili, who owner of SpotOption.

Bithumb Refutes Claims Its Shanghai Office Was Shut Down

Join Our Telegram channel to stay up to date on breaking news coverage Bithumb, ...