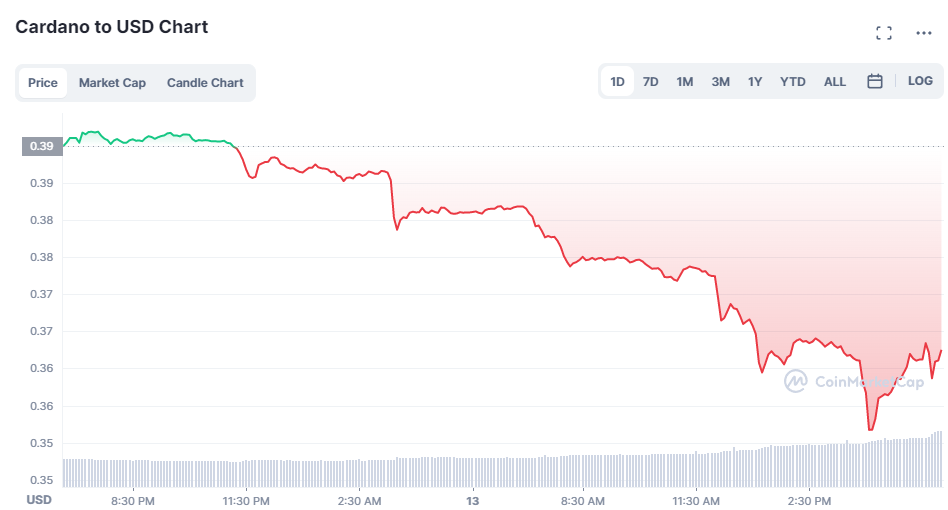 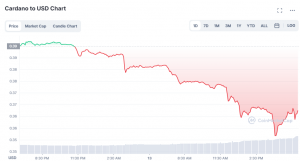 Since achieving its ATH in September 2021, Cardano has been on a consistent downward trend. Many investors mistakenly feel that the price of cryptocurrencies has reached a bottom when, in fact, they often continue to fall. How low might the price of Cardano go if it tried?

The Future of Cardano and Its Price

The end of 2020 was a great time to buy Cardano (ADA) for investors since ADA began 2021 with a massive bull run. This price increase to $3.09 is almost 2,000% for proof of stake cryptocurrency.

In the following months, prices fell precipitously along with the rest of the world markets, with ADA losing 87% of its value. Finally, in March 2022, the coin looked to have broken out of a downward trend, suggesting a possible turnaround.

However, ADA maintained its downward trajectory, making the March 2022 rally a false signal.

Currently, the $0.39 price level is providing excellent support for Cardano. After the fall in 2018, ADA staged a brief rebound, but that price proved formidable opposition. ADA couldn’t overcome that barrier, resulting in a prolonged downtrend.

Given that ADA has been consolidating since May 2022, we should see a breakout in the form of either a temporary upswing or new lows very soon. The next level of support for Cardano is $0.14 if it manages to push over the present level.

Cardano hasn’t had a short-term bounce following its drop, which is positive news. But unfortunately, the cryptocurrency market has taught us that few assets fall in a straight line before rebounding significantly.

When Bitcoin’s price dropped in 2018, it rebounded to the 0.702 Fibonacci retracement level before starting a multi-year bear market. Assuming Cardano continues to fall from its current price, it will hit $2.26 before collapsing on itself and reaching the bottom in a few years.

If Cardano continues at the $0.14 level, it will have lost 95% of its value from its ATH. After reaching new ATHs in 2018, Bitcoin and Ethereum saw their prices fall to identical lows.

Many investors have found that diversifying their holdings is a wise decision. The value of several cryptocurrencies has dropped significantly, but a new initiative called IMPT is making waves.

Investors are increasingly interested in ESG investments as a way to guarantee that they are supporting ethically sound cryptocurrency initiatives. For example, when investors spend at one of the many retail partners that support environmental issues, they are rewarded with IMPT tokens.

Tokens may be exchanged for carbon credit burns, which are then issued as NFTs. Individuals and organisations may keep tabs on their carbon footprints thanks to an eco-friendly crypto scheme. User contributions to lowering the system’s carbon footprint are rewarded in points.

Tokens for IMPT, offered for $0.018 during the presale, helped the company generate more than $3.5 million in a little over a week. The subsequent phase will bring this to $0.023.

Cardano’s (ADA) price projection is more difficult than possible due to increased volatility in recent months as investors awaited proof of the project’s delayed Vasil upgrade.

Indications for the Future Value of Cardano (ADA):

When the upgrade was expected to be live by the end of June, ADA’s value increased at the beginning of the month. However, the value of ADA began to decline about the middle of July as testing revealed issues that needed to be fixed before the hard fork could go live. As a result, as of late July, the price went up three times, although those increases never exceeded $0.50.

Cardano seems to be setting up for a bullish surge ahead, with charts predicting an increase above $0.50, towards $0.60, and beyond. Earlier in the day, Cardano’s price resumed its upward trajectory, while at the same time, it established strong support around the $0.428 level. As a consequence, the cost of this asset has risen by 1% in the last day, and is now worth $0.4321.

With a Fundraising Total of Over $4 million Impt.io

Social media and climate change initiatives have given rise to a new demographic of consumers valuing sustainability above opulence. This is the Impt.io community. Of course, stopping every activity that contributes to pollution would be impossible. However, the team at impt hopes to assist projects in restoring and rejuvenating the planet via carbon trading.

Businesses and individuals may participate in carbon offsetting by purchasing and using carbon credits to offset their CO2 emissions. However, many companies offset carbon emissions not because they have to but because they want to build a favourable image for themselves. As stated on its website, IMPT bridges the gap between environmental activities and businesses and people.

Eco-friendly customers, manufacturers, and businesses may all find each other on the new Web3 platform known as IMPT.io. It fundamentally alters the carbon market by tokenising carbon credits and making them widely accessible.

First-round IMPT presale investors purchased 90,000,000 tokens. However, a presale will still be held where IMPT tokens may be purchased by anybody interested. The IMPT token will be utilised for transactions, access to premium services like special NFT series or expanded trading chances, and voting in the DAO after the project has transitioned to decentralised governance.

However, Tamadoge NFT was also published this week, and a countdown metre can be seen on the game’s official website. Starting with the release of TamadogePetstore, players will have access to various items that may be utilised to increase their overall performance.

In conclusion, Cardano is having difficulty releasing its Vasil project. It’s unclear whether this will happen before the year is over.

To get the most out of your money, you should go with One Tamadoge or Impt.io. Both coins have a brighter economic future than Cardano, based on price estimates and use cases (ADA) 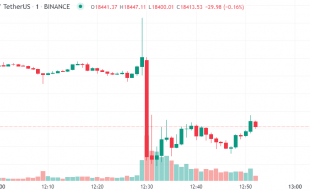