Dogecoin, the meme coin that started as a joke, has been making headlines this year after a 12,000% price hike. Dogecoin’s price rally started after Elon Musk, the Tesla CEO, nicknamed himself the ‘Doge father’ and he has since been advertising the token.

At the time of writing, Dogecoin is trading at $0.372, after gaining more than 20% in the past week. The price growth has attracted more people towards buying the token.

This month has been especially good for dogecoin. At the beginning of June, dogecoin increased by 30% after a tweet that the exchange would be adding the token to Coinbase Pro, with trading for the same commencing on June 3.

Afterward, Musk retweeted the Coinbase post with an image showing that the token would take over the global financial system.

The news pushed for a DOGE buy and by June 2, the token was trading at around $0.42 as seen in the chart below. 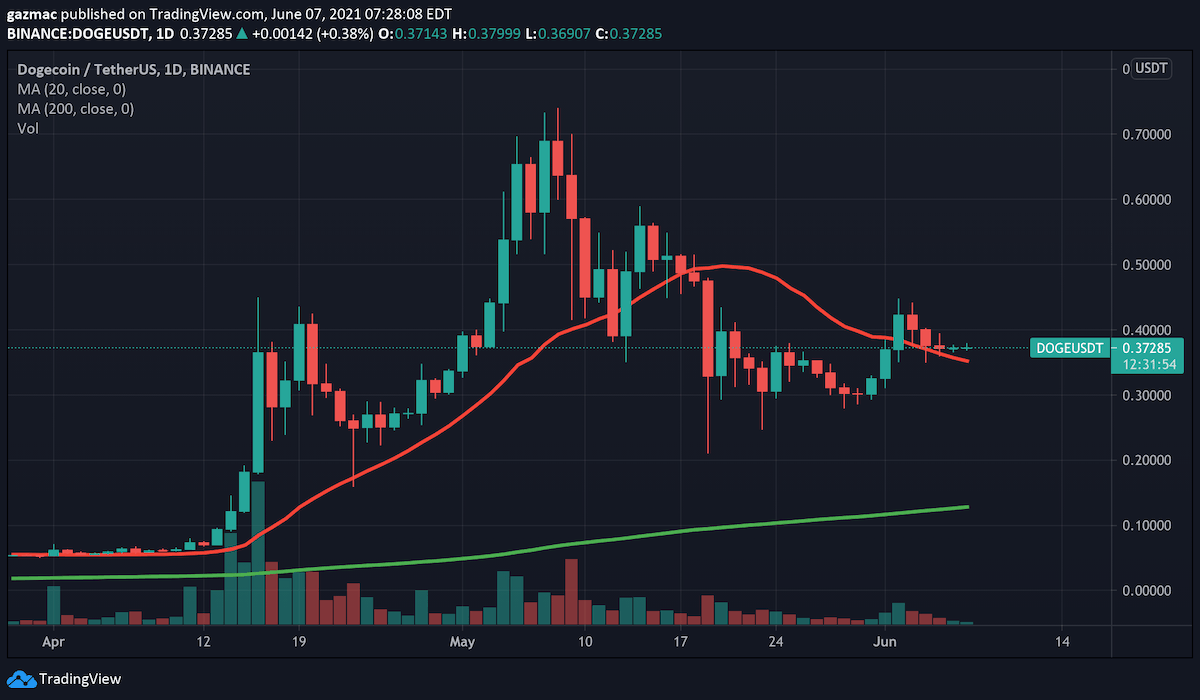 However, just like the rest of the crypto market, dogecoin fell over the weekend, following more bad news from China. The country suspended all Weibo accounts that were related to cryptocurrencies. The crackdown on cryptocurrencies in China has been causing a market meltdown and dogecoin has not been spared. However, the coin seems to have moved again to the ‘green zone’ on Monday after a 0.33% gain in the past 24 hours.

DOGE/USDT price is sitting just above its 20-day moving average (red line in chart above) as bulls ready for another attack on the $0.40 level, where a successful challenge could open the way for further advance. On a bearish note, trading volumes are still falling, down toas little as a tenth of that seen in early May and lower than early June too.

One of the main factors behind dogecoin’s success is ‘dogefather’ Elon Musk. The Tesla CEO has been the coin’s main advocate and has been influencing its prices through multiple tweets related to it. After suspending Bitcoin payments for Tesla in May, Musk teased his Twitter followers with a survey asking them if Tesla should accept DOGE payments. The survey caused yet another dogecoin rally, with the majority of responders agreeing with the DOGE for Tesla narrative.

However, Musk’s skepticism on bitcoin while promoting dogecoin seems to have landed him in trouble with some in the cryptosphere. The CEO is now the target of the Anonymous hacker group that claims Musk is misusing his power over the crypto market. The hacker group released a video threatening Musk after the billionaire tweeted another cryptic post with the bitcoin logo and a broken heart.

The hacking group also said that Musk suffered from a ‘superiority complex and that his constant attacks on bitcoin were hurting the working class. However, Musk did not directly respond to the video but later posted a typically cryptic tweet saying ‘Don’t kill what you hate, Save what you love’.

Dogecoin has also gained another endorsement, this time the unlikely direction of Ethereum founder Vitalik Buterin.

Buterin, who took part in a three-hour conversation on Lex Fridman’s podcast, stated that he was open to a partnership between ethereum and dogecoin.

The endorsement by Buterin was taken as good news for crypto. The remarks also show optimism around dogecoin may not be dying any time soon.

Buterin also commented on the prospect of tougher crypto regulations, noting that, “I don’t think governments have the ability to ban crypto to the extent of just completely preventing blockchains from existing. But they definitely have the ability to really marginalize it.”

Where to buy dogecoin

With major endorsements showing that dogecoin is not dying any time soon, it is the ideal time to buy a doge token. You can buy doge from any of the following exchanges:

eToro is one of the best exchanges for crypto trading. The platform is ideal for beginners as it allows copy trading. Through this feature, a beginner trader can copy the trading strategies of crypto experts, which increases their chances of making profits.

Using eToro to buy dogecoin is very easy. All you need to open the accounts is your name and contact information. You need to have your ID ready so that you can confirm your identity. 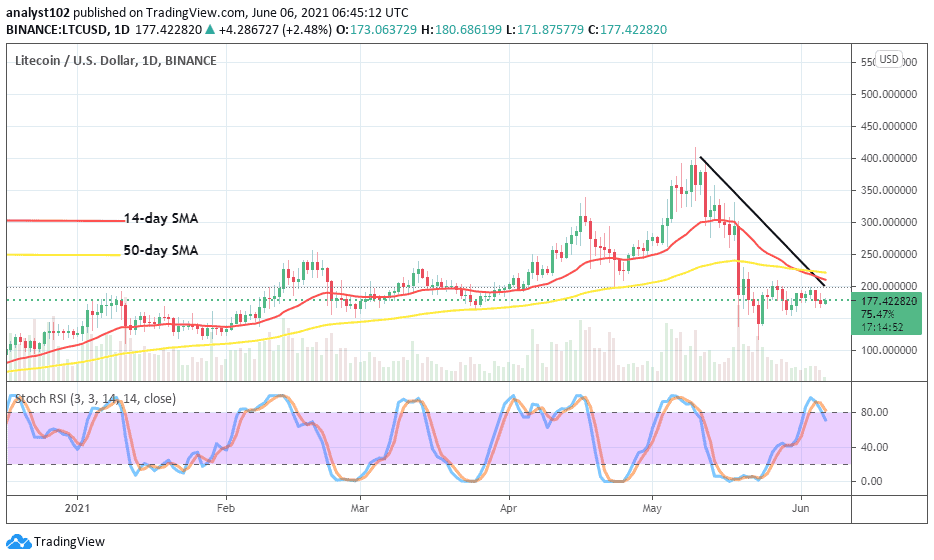 Litecoin Market Valuation Ranges– June 6There have been different low price movements in the ...