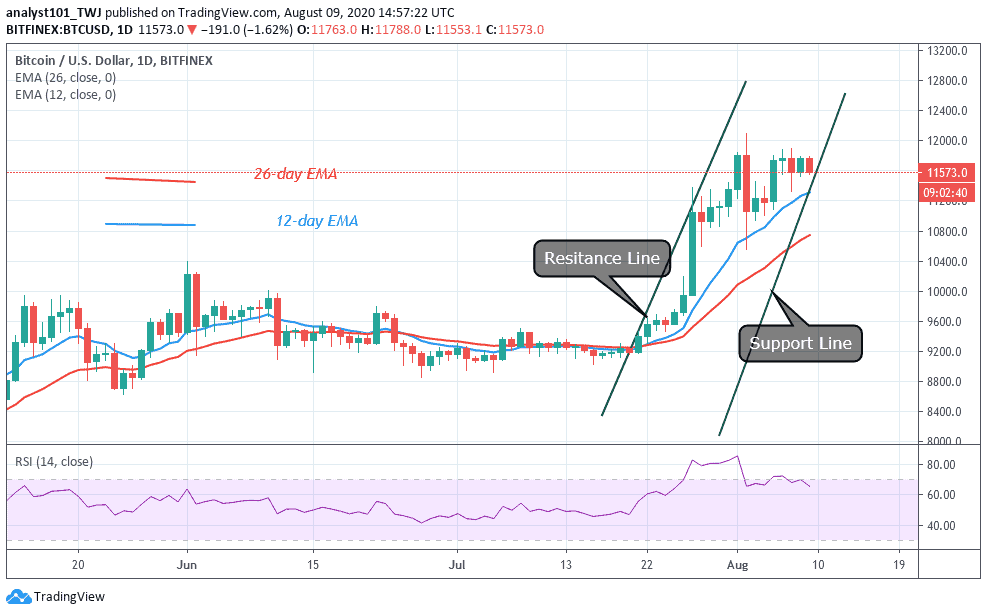 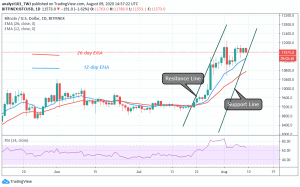 Bitcoin (BTC) Price Prediction – August 9, 2020
BTC/USD has continued its consolidation as the market reaches a tight range. Initially, BTC was consolidating between $11,000 and $12,000. Presently, it is trading in a tight range between $11,600 and $12,000. Nonetheless, as bulls and bears continued the price tussle, a breakout is likely on the upside.

Yesterday, buyers retested the $12,000 resistance zone twice but were repelled. Buyers are not reaching the $12,000 price level. The king coin has been facing rejection at the $11,800 resistance since August 5. Analysts believe that once the $12,000 resistance is breached; a further upward move will unfold. It has been indicated that BTC is facing its major resistance at the recent high. A breakout will propel the coin to a high of $15,000 and above.

Conversely, if the bulls fail to break the overhead resistance, Bitcoin will be compelled to an indefinite range-bound movement below the resistance. Meanwhile, Bitcoin is falling after the resistance at $11800 as price reaches the low of $11,600. BTC is at level 67 of the Relative Strength Index period 14. It indicates that the market is trading in the uptrend.

BTC/USD Next Possible Direction
For the past week, Bitcoin has been fluctuating between $11,000 and $12,000 and unable to break the $12,000 overhead resistance. Nevertheless, from the August 1 uptrend, a red candle body tested the 0.236 Fibonacci retracement level. This candlestick explains that BTC will rise to 4.236 extension level. In other words, BTC will rally to $15,000 high. 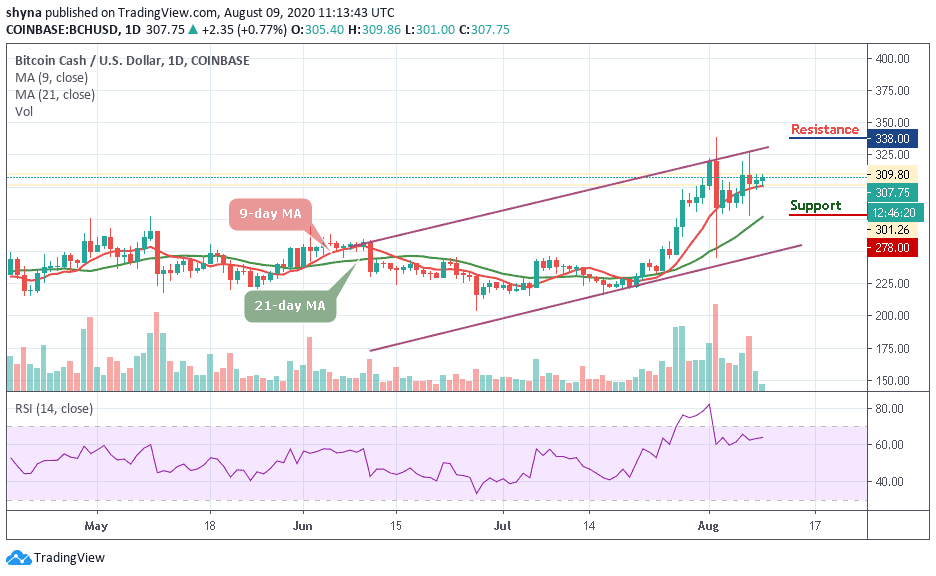 Bitcoin Cash Price Prediction: BCH/USD Price Moves above $305, What is Next?

BCH Price Prediction – August 9 For now, BCH/USD is mainly in the hands ...