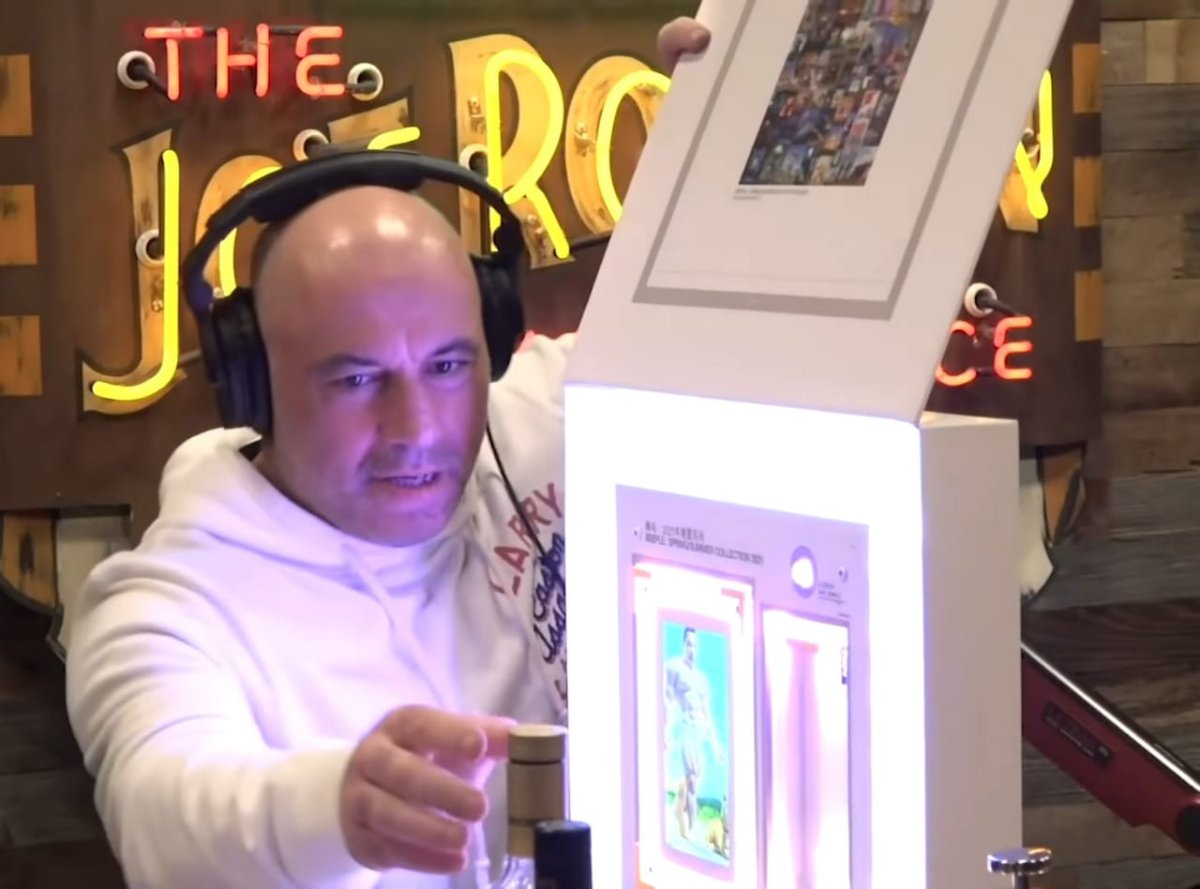 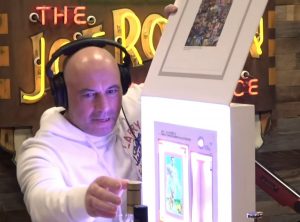 Beeple and Joe Rogan. The two personalities interacted recently on the latter’s podcast.

NFT artist Beeple, whose actual name is, Mike Winkelmann, made an appearance on The Joe Rogan Experience podcast, somewhere in December.

While the podcast is usually known for a long list of guests and celebrities appearing on the show, including Elon Musk, this one was something that made NFT enthusiasts hook on to the entire episode.

Beeple’s podcast outing made headlines as a lot of moments took place and made it a one of its kind experience for the listeners and we’re sure for Beeple too. Let’s understand what exactly happened.

About The Episode: Beeple on The Joe Rogan Experience Podcast

Episode #1748 of the podcast started with Joe Rogan mentioning that Beeple looks exactly how he thought he does, as the “art guy”.

Both of when went on to discuss Beeple and how he might just be one of the most famous and well-known ‘NFT guys’ out there. Adding to the conversation, Beeple sort of agrees with Joe Rogan’s claim about him, with the conversation moving to the work that he has already done in the fields of NFTs.

Around a minute or so into the episode, Joe Rogan goes ahead and asks Beeple blatantly- “What is it? What’s an NFT?”

The question gets a response from Beeple as he goes on to explain NFTs in the simplest possible manner. Beeple mentions that NFT is simply proof of ownership of something and can be used for a variety of purposes apart from just selling art. Mentioning the uses of NFTs, the digital artist mentions how it can be a very viable way for celebs to interact and engage with their fans.

Joe Rogan then pitches an idea about how he feels he can step into the NFT space by raising money for charity. Both then are heard discussing the legitimacy and the credibility of these charitable organizations and if it’s even worth it to donate millions of dollars if it doesn’t do any good to anybody.

Further, Beeple goes ahead and explains about DAOs or decentralized autonomous organizations copy of the American Constitution.

This bit of the episode was the one that created enough headlines.

Beeple mentions that he has got a gift for the UFC commentator, as he mentions, “from the Spring collection that released this year”.

Joe Rogan excitedly takes the box and asks Beeple, “Is that Elon Musk as the Hulk?” to which Beeple replies “Yeah”. The box consists of an NFT with Elon Musk all jacked-up, who’s taking a DogeCoin dog for a walk in a futuristic-looking park. He further posted about the NFT on his Twitter handle and acknowledged Beeple’s gesture.

The entire gifting process started with Mike or Beeple, handing over white underwear to Joe Rogan titled “Medium Adult Anus”. The artist jokingly mentioned that anyone opening the box should wear underwear prior to opening it. “Elon’s gonna see this and hit the gym,” said Joe after seeing the NFT.

The NFT collectible that was handed over by the artist to Joe Rogan is one of the 100 available NFTs of its kind. The NFT that was received by Joe was the 61st of those 100 NFTs. It is a part of Beeple’s “Everydays” concept from the Spring collection.

Amongst other users, there is DJ Steve Aoki, who is the 13th owner of the famous NFT collectible. Currently, Number 19 of Beeple’s GIGACHAD NFT is up for sale on one of the NFT marketplaces – OpenSea for around 20 ETH.

Beeple has been in the news for almost the entire 2020 & 2021. The digital artist from Wisconsin, United States has made a name for himself by curating interesting artwork. Before coming into the limelight, he did do some freelance stuff for brands like the MTV VMAs and the Super Bowl. Artists like Justin Bieber, Ariana Grande, Shakira, Nicki Minaj, and Childish Gambino have used Beeple’s artwork as concert visuals.

He made news when he sold his artwork “Everydays: The First 5,000 Days” for $69.34 million making it the third most expensive artwork overall and the most expensive NFT ever. Beeple began with the 5000 days project in 2007 when he created an artwork daily for the next 5,000 days without fail.

Beeple also made headlines when he presented his physical artwork- Human One, in an auction, that is a seven-foot-tall structure with LED screens and an astronaut walking around. The artwork, along with an NFT was sold to a Swiss buyer for $29 million at a Christie’s auction.

When it comes to NFTs, there have been instances that showcase their entrance into prominence and the mainstream arena.

In a world where brands are entering into the NFT space, and the artworks are being sold at exorbitant prices, the appearance of an artist really makes sense. Beeple or Mike, unknowingly has become the face of the NFT movement due to his existing work and the stuff that he has been doing in the industry.

Adding on, more such interactions won’t just keep the existing NFT audience excited but will work upon getting more people into the ecosystem. 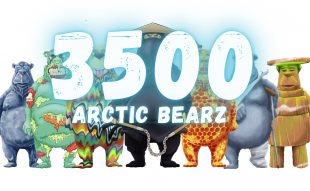 Launching shortly with 3,500 collectibles of Polar Bearz with a host of attractive features, ...