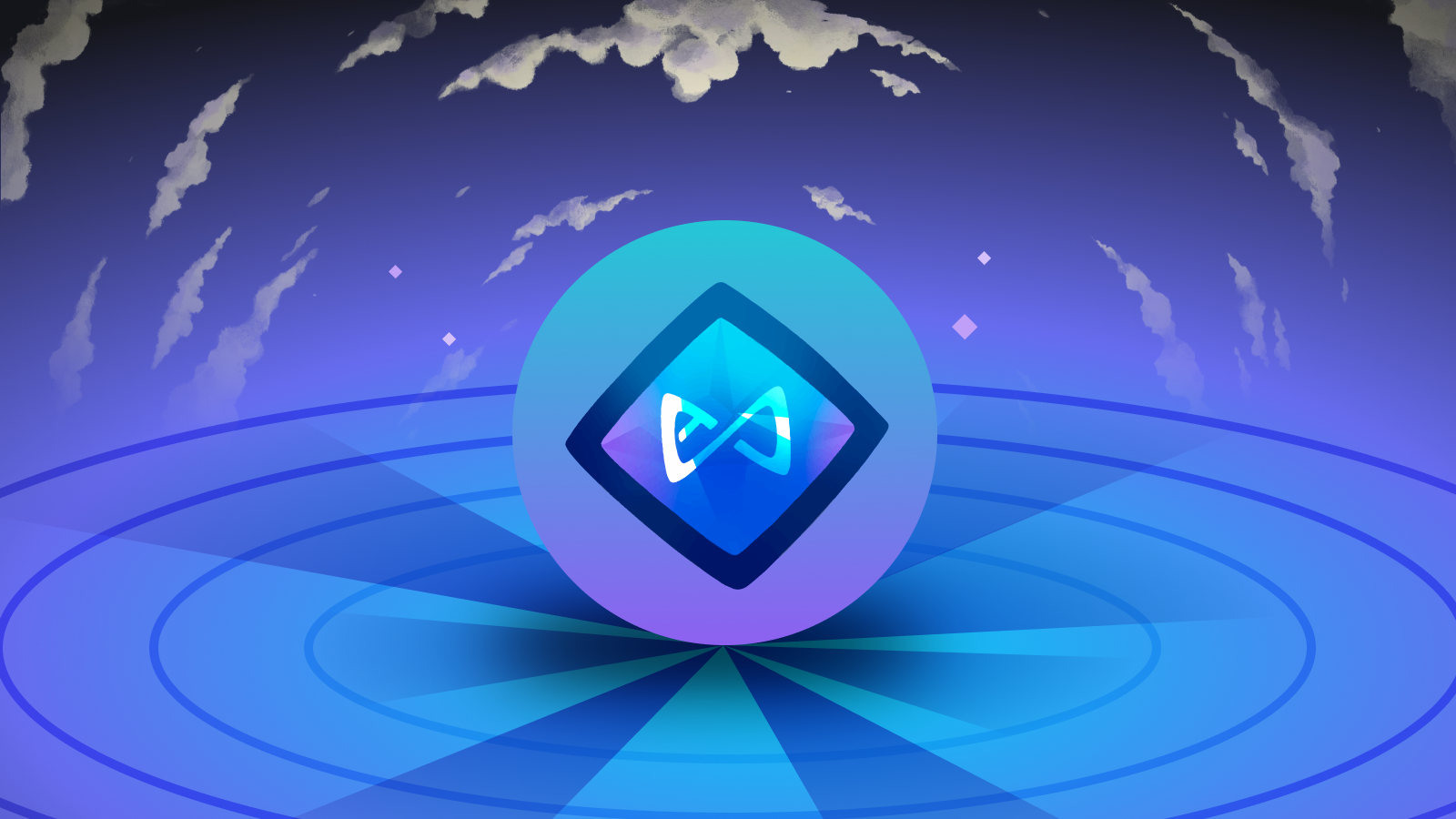 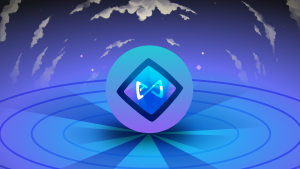 The crypto winter was hard on many cryptocurrencies, and Axie Infinity (AXS) was not spared. The Axie Infinity price token dropped by 90% from the year’s high of $97.7. However, starting only recently, the Axie Infinity token, Axis Infinity Shard (AXS) has been recording an uptick in network activity, which has been associated with the ecosystem developments and upgrades on the Axie network.

The ecosystem developments have mostly been on the game’s user interface and gameplay, with AXS coin stats pointing to positive market sentiment as users anticipate new upgrades and ride on the hype of recent developments. In addition, as the market is recovering from the year’s bear run, it will likely push prices higher as we cross into 2023.

Axie Core introduces NFT accessories and part upgrades that will allow players to customize the appearance of their Axies. pic.twitter.com/AoiNt8ihBg

This followed revelations that the gaming project is working on “Axie Core.” AXS coin statistics suggest a positive market sentiment from the ecosystem’s recent developments and anticipation of new upgrades.

Although AXS has lost some of its gains and is currently trading at $8.28, it is still up nearly 23% over the last seven days and 24% over the last 14 days, according to data on CoinGecko.

Following the success recorded by this project, more games have since sprouted, leading to a relatively reduced market share for Axie Infinity. Nevertheless, Axie Infinity envisions a future where players can own and share 95% of their in-game spending and accessories.

Axie core is an aspect of the Axie Infinity game designed to introduce experiences where players can upgrade the collectability and personality of their Axies.

We’ve penned an article laying out the vision for a crucial part of our ecosystem: Axie Core.

Axie Core is eternal and not tied to one particular game; it’s the universal Axie experience and aesthetic.

Among the aspects of Axie core, include accessories, upgradeable parts, an immersive breeding interface, a downloadable avatar, and Axie raising to include petting and feeding. Axie Core also introduces part upgrades. For example, mystic parts will have unique art for their upgraded paths to distinguish them further.

Notably, all the related aspects, including accessories and parts, are tradable as non-fungible tokens (NFTs), with other players bringing on a new level to catalyze the in-game economy while reducing dependence on power boosts.

Axie Core will begin launching various upgrades by the end of 2022. In light of this announcement, the AXS price has been up 20% since the beginning of December.

Axie Core will begin rolling out various upgrades by the end of the year.

Following the announcement, the price of $AXS is up 20% since the beginning of the month.

Season 2 of Axie Infinity is also upon us, with promises of numerous upgrades to improve user experience. In anticipation, Axie’s Twitter feed has been busy with discussions of new changes expected in the season.

LOOK at the cool new crafting animation in @AxieInfinity 🔥👀 pic.twitter.com/WpZv092KS6

As per the tweets, season 2 will entail four stages. #1 for core mechanics, #2 game updates, #3 community testing, and finally, the launch at #4. Developers will also be introducing new mechanics across the season, including tweaks to the project’s core mechanics. Other than these changes, players are also looking forward to numerous updates to cards, runes, and charms set5 for implementation.

The latest update for the ecosystem, however, is the integration of the Ronin wallet in Collab land, a ‘token-gaiting’ invention made up of an automated bot that can verify NFT and token holdings. The bot allows community members to choose roles while granting permissions based on their ownership in Discord. The bot also enables tiered access to different levels, serving as an excellent tool for onboarding new players.

Asset ownership verification on the Ronin wallet is enabled by the bot’s integration with the Ronin network, which also adds a new layer of safety, community, and exclusive experiences.

The announcement came at a time when the crypto, Metaverse, and NFT spaces witnessed a significant inflow. NFT industry data aggregator, Cryptoslamp, has since said that NFT sales volumes increased by nearly 10 percent on December 5. On the same day, Axie’s co-founder also took to Twitter to explain the sudden price spike.

What's going on with $AXS?

All these factors contribute to the current uptick for AXS, but bulls seem to have taken a rest

At press time, AXS is trading at $8.16 with strong bearish momentum to form a descending channel pattern. It set its eyes on the support zone around the $7.9 level as selling pressure continues to accumulate. If the AXS price breaks this support, see AXS price retest the next support at $6.9. On the other hand, if the bulls are energized and regain control, then they would have to break out the resistance at $8.7

Technical indicators are also quite promising, with the relative strength index (RSI) of 50, signaling an increasing surge in buying momentum. If the bulls can sustain this trajectory, it could push AXS prices higher.

Moreover, AXS is also on the verge of a bullish moving average (MA) crossover, giving a strong buy signal. This means that there will still be buying opportunities to be exploited along the way. Hence, buyers could still have an absolute advantage.

Therefore, the bearish rally could continue and only subside at the supply zone at $7.9. Therefore, traders can lock in profits by selling at this level. However, a candlestick close below the demand zone at this level will break the flag pattern and invalidate the above forecast.

The Impact Project (IMPT.io), the parent of the IMPT token, is closing its final presale in one hour.

Whale Buys of $1M+ in IMPT Presale as 24 Hours Left

The Impact Project has raised over $17.3 million in the presale of IMPT tokens in three weeks.

IMPT is a native token of the Ethereum-based platform and was purposefully created to overcome the growing controversies surrounding cryptocurrencies like Bitcoin and Ethereum, among others, which have been criticized due to the amount of carbon they emit.

With global organizations like the UN raising calls to cut carbon emissions and curtail global warming, several crypto projects have come up with an eco-friendly and efficient solution to crypto energy consumption through crypto mining. IMPT is the best of them all, leveraging blockchain technology to tokenize carbon credits and save the environment.

The Ethereum-based platform will achieve this by acting as an intermediary between selected green projects and users, individuals, and corporate organizations alike. Users can create a change by acquiring carbon credits in the form of NFTs, which will run on the blockchain network to prevent double-spending and ensure transparency.

Users can also decide to burn the NFT by sending it to a null address or trading it for unique NFTs from artists. They can also accumulate IMPT tokens that they will use to purchase carbon credits, which will go a long way in reducing carbon.

About 10,000 brands and retail stores have agreed to collaborate with the Impact Project and allow the platform to sell their products. With IMPT closing its presale in just over an hour, now is the time to grab yours so that you benefit from the 10x profit. Tokens can be claimed to begin December 12.

Noteworthy, IMPT will have its IEO on December 14, with Decentralized Exchange Uniswap being the first to list it, after which centralized exchanges LBank and Changelly Pro will be listing IMPT. IMPT token has a favorable outlook, and the token will continue its astronomical upward trend till next year. Don’t miss out for any reason. 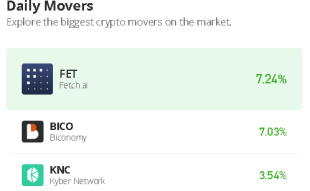