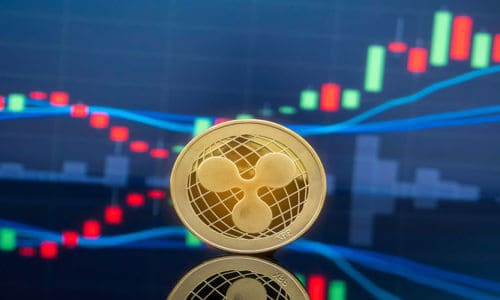 XRP is touted as one of the big dogs of the Cryptocurrency industry, and with $7.63 billion in 30-day trade volume, it’s easy to see why.

This view is only reinforced with the Crypto Ratings Council (CRC), giving the company a four out of five in security.

As time goes on and the cryptocurrency market evolves, the need to regulate started to naturally rise. It’s common knowledge that cryptocurrencies are highly decentralized.

Thus, specific problems begin to pop up as to how to manage this. The SEC (Security and Exchange Commission) tried to do just that, but the resulting struggle made a new body put itself in the spotlight: The Crypto Ratings Council (CRC).

The CRC is made up of the major crypto trading platforms, things like Coinbase, Kraken, Circle, and Bittrex have all partnered up to create the CRC.

This is to try and quantify a definitive way to classify each form of cryptocurrency, and whether or not it should be considered a security under the SEC’s guidelines.

The CRC uses a simple 1-5 scoring system to determine a cryptocurrency’s eligibility to be considered a security.

One being the least eligible, five being the most. This was done to help inform possible investors to determine what is the investment they would most prefer.

While not yet endorsed by the SEC, the CRC hopes to address the critical point of uncertainty within the cryptocurrency industry.

With a rating in place, assets like Bitcoin, Ethereum and Litecoin can be given a designation of how likely it was to be security instead of a currency.

As the CRC continues to rate more forms of cryptocurrency, many things have come to light. Some things causing surprise, some more or less expected. Like that fact that bitcoin is given the worst score possible: A one.

The thing that started it all is the least like security, with its rating of 1.00, Bitcoin stands alongside things like Litecoin, Monero, and Dai.

The full implication of this is unknown at this time, but XRP’s creators, Ripple, is feeling a surprising backlash because of it.

Sit down and let this sink in.

Ripple acquisition of Logos Networks and Algrim imply the acquisition of 2 engineering teams (15 engineers), who are going to be *full-time* dedicated to the development and adoption of #XRP.

Ripple is currently fighting a legal battle with investors, due to said investors accusing Ripple of selling them unregistered securities instead of assets.

The legality among cryptocurrencies are vague, to begin with, but Ripple is taking steps. They are trying to ensure that their cryptocurrency is not considered a security.

Ripple’s CEO, Brad Garlinghouse, has made a public statement denying the implication that XRP is a security. Furthermore, Garlinghouse is trying to disassociate with XRP just a bit, stating that XRP exists outside of Ripple.

He explained that they merely developed a technology to enable cross-border payments.