Wirex, a self-described “worldwide digital payment platform and regulated institution that has forged new rules in the digital payments space,” has hit its target crowdfunding number in just an hour and a half, according to a press release from the group.

That’s right, in less than two hours, Wirex brought in £1 million in that short time frame, as well as raised over £1.6 million since then, the release continues.

Hitting their investment goal means that the platform can offer more features and services alongside its app and card payment as soon as possible.

Speaking on the matter is Pavel Matveev, the CEO and co-founder of Wirex, who said:

“It’s a great milestone in achieving our original plan to raise £1 million so quickly, but it’s unsurprising given that we have already developed a pioneering platform allowing users to seamlessly buy, hold, exchange and spend multiple traditional and cryptocurrencies. We have decided to extend the raise further to give everyone the opportunity to invest and play a part in Wirex’s extraordinary journey, sharing our vision to take the company to the next-level and bring cryptocurrency to the mainstream.”

Also sharing some thoughts is the co-founder of Crowdcude, Luke Lang, who said:

“It’s very exciting to see Wirex achieve their crowdfunding target in such a short space of time, showing the demand that investors have for a product such as Wirex. I look forward to seeing how much they raise, as demand can often grow once a campaign is overfunding.” 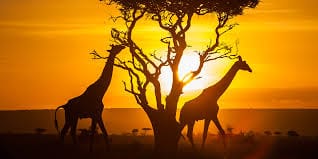