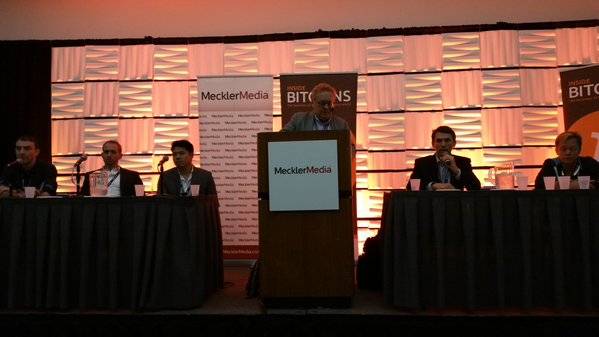 Tone Vays is a well-known trader in the bitcoin space who previously worked at Bear Stearns and JP Morgan. Vays is currently head of research at Brave New Coin, and he was featured on a panel regarding the pros and cons of investing in Bitcoin at last week’s Blockchain Agenda Conference in San Diego.

During the panel discussion, the participants were asked for their opinions on the Bitcoin versus blockchain debate. Not one to hold his tongue, Vays let it be known that he doesn’t see how private blockchains will offer any revolutionary changes to the world of finance.

How Useful is a Private Blockchain?

One of the key points multiple individuals, from Xapo CEO Wences Casares to Bitcoin Foundation Chief Scientist Gavin Andresen, have mentioned when it comes to private blockchains is that these solutions aren’t much different from traditional database technologies. In fact, a synchronized MySQL server may make more sense than a blockchain when decentralization is not a top priority.

Tone Vays hinted at this issue during the recent panel discussion, as he noted there isn’t much of a point to blocks in a private blockchain. He stated:

“I’m still waiting for the day they’re going to figure out, and it’s going to be soon, that the whole concept of blocks will be irrelevant when you take bitcoin out of it. So very soon it’s just going to be chain.”

Blocks allow bitcoin miners to be rewarded for their work via block rewards and transaction fees, and their usefulness becomes a bit unclear when miners are taken out of the equation.

Blockchain Capital Managing Partner Brock Pierce was also featured on the panel, and he made the point that private blockchains are similar to Intranets. Vays agreed with this point and stated:

“I like Brock [Pierce’s] point about Intranets and Internet. I’ve worked at a lot of financial firms in New York — Bear Stearns, JP Morgan — they all have Intranets and they’re all important, but they’re all pretty much useless outside of that institution.”

In Tone Vays’s eyes, the main differentiator between Bitcoin and private blockchains is Bitcoin’s ability to offer regulatory arbitrage. In the world of legally-questionable technologies, history shows that anything able to be regulated will be regulated or shut down. Liberty Reserve, E-gold, and Napster are clear examples of this point.

Tone Vays went into detail on the importance of Bitcoin’s ability to provide regulatory arbitrage:

“Bitcoin [the commodity] itself is the revolution. It’s an asset, like I mentioned earlier. The asset creates regulatory arbitrage, which is a new term I love using. If you’re not building something that involves blockchain, Bitcoin, or whatever you want to call it — if you’re not utilizing the regulatory arbitrage property of Bitcoin, I believe you’re wasting your time because — whatever it is — R3 CEV, Chain, or anyone of them are doing — once it becomes useful, I don’t understand why the finance people at SWIFT and the developers at Oracle can’t just get together and build something that executes faster because they are not, R3 CEV is not, going to build anything to get around regulations.”

Bitcoin’s decentralization and permissionless nature are two core principles that are not found in any other digital payment system. These are two valuable aspects of the Bitcoin network, and they are enabled by the mining process, which is incentivized through bitcoin rewards.

Following in Airbnb and Uber’s Footsteps

Tone Vays also believes Bitcoin has the ability to get around regulations in a manner similar to Airbnb and Uber. He explained:

“We have companies like Airbnb and Uber that took off for one reason: They got around regulations. Airbnb got around hotel regulations. Uber got around taxi regulations. This is what the Bitcoin blockchain will do, and if you are not utilizing this concept of getting around stifling regulation, you’re just speeding up settlement. So you save a little bit of money and you cut away some of your middlemen in your office, but you’re not revolutionizing anything.”

While Airbnb and Uber are still very much centralized services, the utility offered to their users created enough demand for their existence to completely change the way taxi and hotel regulations work in many jurisdictions. In the case of Bitcoin, the number of users on the network is important, but it is not the end-all-be-all of whether or not the system will survive. The fact that the network is decentralized with no single point of failure is what protects Bitcoin from regulations and censorship in the long run.

Bitcoin Core Has the Best Developers

One final point made by Tone Vays regarding the Bitcoin versus blockchain debate is that Bitcoin Core has the best developers. Some of these guys have been working on the Bitcoin blockchain since 2010 or 2011, and not many of them are defecting to work on private blockchains at large financial institutions. Vays noted:

“The best developers in the space are working for Bitcoin Core. They’re the best developers. There’s nobody they can hire. I mean, these companies like R3 CEV . . . they will hire failed Bitcoin Core developers, and I’m not going to name any names, but they did hire one recently. So I really don’t expect much from it.”

It would seem that the “failed” Bitcoin Core developer Vays is referring to is Mike Hearn, who worked at Google before working full-time on Bitcoin. Hearn recently launched an alternative implementation of the Bitcoin protocol, Bitcoin XT, with Gavin Andresen.

[Read More: Gavin Andresen: I am Confident the Bitcoin Block Size Issue Will Get Solved]

Only time will tell if there is any use for private blockchains in the real world, but it seems clear that there will be a use for the decentralized, permissionless Bitcoin blockchain for the foreseeable future. For now, it appears that any private blockchain will not be able to offer the same properties as Bitcoin, but then again, these new, permissioned ledgers are not necessarily meant to compete with Bitcoin.