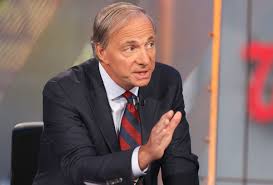 American billionaire Ray Dalio is one of the sharpest financial minds of this generation. With Bitcoin on a significant upsurge, Dalio has sent out a warning for its adopters and proponents concerning the asset’s regulation prospects.

Earlier this week, Dalio spoke on Bitcoin and its continued push for adoption as a currency in an interview with Yahoo! Finance. The billionaire hedge fund manager acknowledged that Bitcoin could succeed as a currency theoretically. However, he pointed out the asset’s volatility, explaining that it is so far the chief impediment to Bitcoin’s application as a store of wealth.

Dalio also highlighted that Bitcoin has limited use cases as a medium of exchange, meaning that it fails in practice – no matter what its theoretical strengths are. The billionaire was quick to add that Bitcoin remains unrecognized by the federal government – a problem that would reduce faith in the asset, no matter how high its value gets.

Due to issues like these, Dalio explained that he didn’t see Bitcoin surpassing gold as the top alternative investment asset.

This isn’t the first time that Dalio will point to Bitcoin’s failings as an investment asset – particularly, the asset’s volatility. Speaking with CNBC at the World Economic Forum earlier this year, Dalio pointed out that cash is beginning to lose its allure to investors, as most of them were looking to shield themselves with high-yield, low-lax assets.

In the interview, Dalio highlighted that investors looking to survive the possible effects of the coronavirus would need to build diversified portfolios and hedge their wealth as much as possible. When host Andrew Ross Sorkin asked about Bitcoin being a viable part of investors’ portfolio, Dalio criticized the top cryptocurrency, saying:

“There are two purposes of money; a medium of exchange and storehold of wealth. Bitcoin is not effective in either of those cases now.”

The billionaire added that assets like Facebook’s Libra stablecoin were more promising safe-haven assets than Bitcoin, mainly because they offer higher stability.

While Dalio remains skeptical about Bitcoin, 2020 has proven to be the asset’s year once again. Despite sputtering at the beginning of the year following the coronavirus and disappointing post-halving performance, Bitcoin has posted significant gains due to a resurgence of institutional investment.

So far, several top firms have made significant bets on Bitcoin. Data from research firm Coin98 Analytics revealed that public companies had committed about $6 billion to the leading cryptocurrency, with the possibility of even higher investments coming soon.

Earlier this week, investment bank JPMorgan explained in a report that a flurry of continued institutional investment would be good for Bitcoin, with the asset now posed to see up to a 1,000 percent gain in the next few years. If that happens, it should be able to match gold’s $2.6 trillion market cap and become the world’s largest alternative asset.

Join Our Telegram channel to stay up to date on breaking news coverage Dan ...