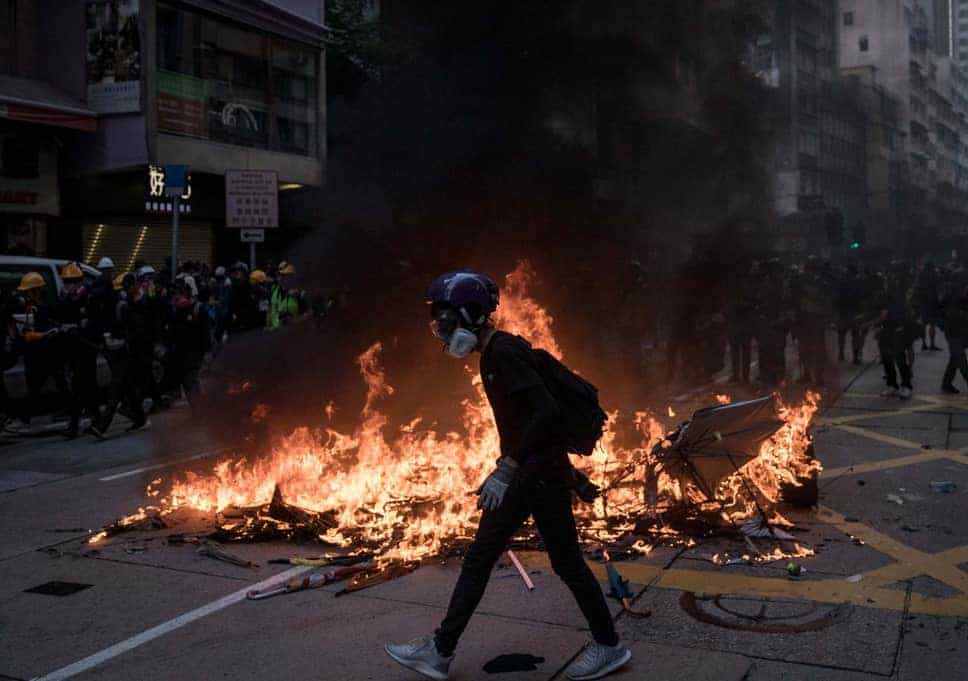 Hong Kong remains mired in protests and political upheaval, but in the midst of all of this, Bitcoin has been able to find the force to thrive.

Last week, reports from peer to peer cryptocurrency exchange LocalBitcoins showed that the trading volume for Bitcoin in Hong Kong has managed to spike, with many believing that this was due to citizens looking for an asset to store their wealth.

Touching on that, Anthony Pompliano, the co-founder of digital asset management firm Morgan Creek Digital, tweeted on October 6 that Bitcoin is particularly useful for Hong Kongers because of its indivisibility and ease of access.

In his tweet, “Pomp” explained, “Bitcoin is different things to different people. When you’re worried about your assets being seized or becoming inaccessible to you, Bitcoin’s non-seizability becomes very attractive. This aspect of Bitcoin just became important for 1+ billion people in India & Hong Kong.”

Besides the fact that the government can’t seize Bitcoin, the surge in the value of the assets trading volumes in Hong Kong is also reportedly due to a monetary crunch that is being faced in the wake of government pushback against the protesters.

Monetary inconveniences have become the latest weapon in the government’s rebuttal arsenal, an arsenal which has included police retaliation, gas weapon dispensations, and more. Over the past weekend, protesters in Hong Kong vandalized bank branches throughout the region, responding to a ban on face masks in public by the government. As a result of the attacks, five banks, including two of the largest lenders in mainland China, shut down all of their ATM branches in Hong Kong.

The Bank of China, which was reportedly hit the hardest in the riots, shut down five of its branches in Hong Kong on October 8. A report in the South China Morning Post (SCMP) also revealed that four branches of the Industrial and Commercial Bank of China Ltd. had been shuttered. In total, it was reported that on Tuesday, five banking institutions kept 13 of their branches closed, and took up to 330 ATMs offline across various districts in Hong Kong. Essentially, this amounted to one in about 10 ATMs being shut, according to the SCMP.

Cash was in short supply over the weekend, and several reports confirmed that ATMs ran out of money within minutes while citizens found themselves stranded. With no other way to keep or transfer money, Hong Kongers have had no choice but to turn to Bitcoin.

P2p for the win

While no one knows how much longer these protests will last, people can at least find solace in the fact that Bitcoin is here to provide them with financial ease. The asset might be banned in China for now, but thanks to the presence of peer-to-peer platforms, citizens can continue sending money to each other.

Hodl Hodl and LocalBitcoins have continued to lead the charge in this regard, but Binance announced on October 9 that it would be launching a p2p trading platform in China as well, thus providing Bitcoin enthusiasts with more abundant options to choose from.