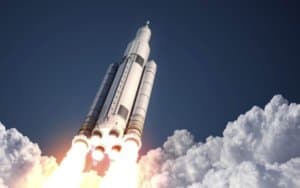 Bitcoin is staying close to the $12,000, and many are starting to speculate about the matter. PlanB stands as an analyst and Stock-to-Flow (S2F) model creator, and has declared that a bull market has started for the world’s first cryptocurrency.

Referring To The RSI

PlanB pointed to the current Relative Strength Index (RSI) of Bitcoin, which stands at 64, which hints that another bull run is coming quite soon.

This is typically used as a means to indicate whether or not prices are at oversold or overbought levels, with the RSI measurement of 64 indicating it’s just shy of overbought, which starts at 70. During the previous halving events, occurring in 2012 and 2016 respectively, the RSI hitting 64 heralded a massive bull run

As it stands now, the RSI of Bitcoin stands at 60, having moved back while the price shot towards the $11,900 mark. This occurred after the crypto industry saw a wild shakeout on Tuesday, seeing the cryptocurrency drop from its $12,378 high t $11,825.

In order to ensure that PlanB’s chart is right, one needs to check the logarithmic price of Bitcoin, as well as the monthly RSI. This was posted by Bit Harington, who explained to a user the logic behind it.

Other analysts have stated similar speculations. William Purdy, an options trader, has advised investors to use the data from the options market to estimate Bitcoin’s future price. He highlighted that the largest levels of open interest currently stands at four prices: $12,000, $13,000, $14,100, as well as $16,000. He stated that these levels are the levels to watch regarding support and resistance as time goes on.

As it stands now, PlanB’s Stock-to-Flow model is predicting a spectacular bull run, going on to $55,00 and $100,00 by as early as mid-2021. The ceiling price of the analyst of this third halving stands at an incredible $288,000. While the Stock-to-Flow is rather popular, it has its fair share of critics, with many pointing out how incredibly ambitious these estimates are. The counter-argument for this, made by followers of PlanB, is that no one expected Bitcoin to reach $10,000 when it was still $1,000. The same applies for $20,000 when BTC first reached $10,000. This could happen in the future once more.

Bloomberg, like other analysts, holds a more conservative estimate, though still predicts bullish markets. Bloomberg inventions a far more conservative revisit of the $20,000 mark by the end of 2020. Bloomberg noted in June of 2020 that something has to explicitly go wrong for Bitcoin to not go up in value.