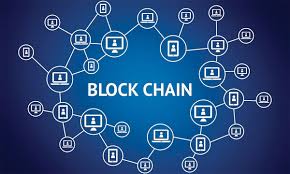 With blockchain and cryptocurrency adoption on the rise in Africa, one of the continent’s largest economies appears to be laying the groundwork for its approval. Earlier this week, reports have confirmed that the Nigerian government is preparing a national blockchain adoption strategy.

According to an early draft published by local news source Technology Times, the National Information Technology Development Agency (NITDA) and the Federal Ministry of Communications and Digital Economy have developed a framework for blockchain adoption. Titled the “National Blockchain Adoption Strategy,” the draft explained that the Nigerian government is looking into blockchain as a means of diversifying its oil-dependent economy.

The new framework explains that the country plans to transition into a digital economy, with blockchain playing a prominent role in its efforts. It includes an initiative to legalize blockchain applications and even cryptocurrencies, as the government now believes them to be useful assets in bolstering its digital space and economy.

The draft outlined five primary objectives; improving governance, boosting investment and employment, stimulating innovation, developing transparency and trust, and developing a stable regulatory regime over the industry. It called for creating a National Blockchain Consortium, which will oversee adoption initiatives and ensure seamless blockchain integration into the public sector.

Blockchain Activity on the Rise

The blockchain framework is coming about a month after the Securities and Exchange Commission (SEC), Nigeria’s financial regulator, officially recognized cryptocurrencies in the country.

According to an official document, the SEC recognized the prevalence of digital assets in the country and acknowledged the need for effective oversight. The document explained that most crypto assets in the country had been put to investment plications, meaning it would need to regulate them. To do so, the agency classified cryptocurrencies as thus:

“Virtual crypto assets are securities, unless proven otherwise. The burden of proving that the crypto assets proposed to be offered are not securities and therefore not under the jurisdiction of the SEC, is placed on the issuer or sponsor of the said assets.”

Crypto adoption in Nigeria has been on the rise this year, with the country ranking 8th globally on the Crypto Adoption Index from Chainlaysis. Youth in the country have also found more use for Bitcoin, as they have employed the asset significantly in the ongoing protests against police brutality and judicial injustice.

Protests began earlier this week, with Twitter CEO Jack Dorsey urging many to support the cause via Bitcoin.