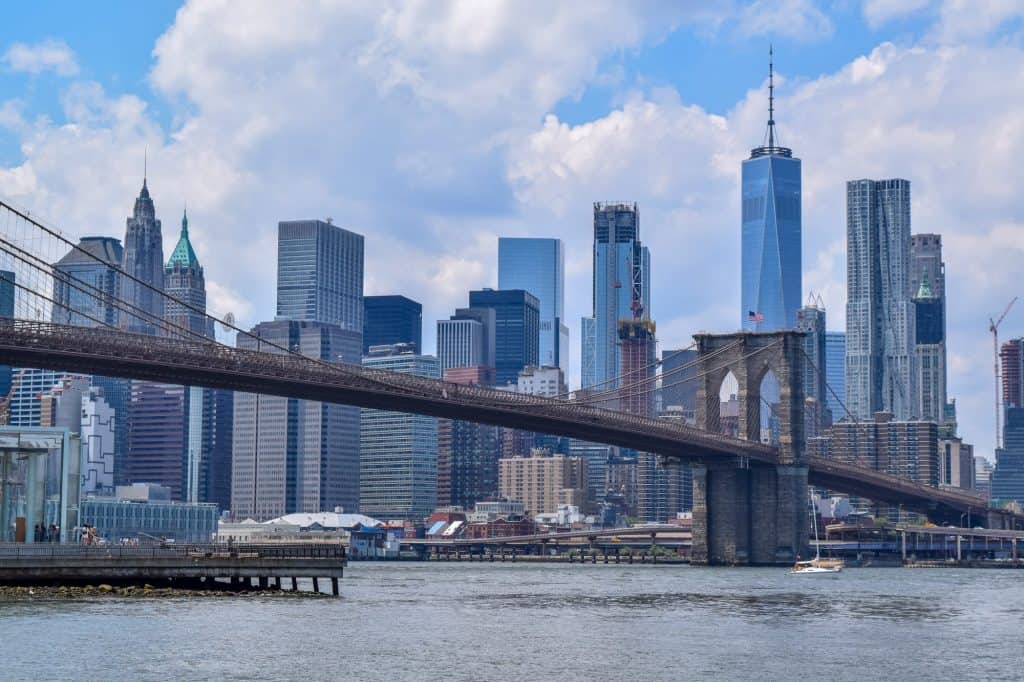 New York is seen as the business capital of the world, so it’s only right that a lot of financial innovations- try to make it big in the state. Regarding cryptocurrency, the state has also been at the forefront, pushing crypto regulations. And it’s bent on leaving the other states in the country behind with its latest move.

Reports have surfaced that lawmakers in the Empire State are working on digital currency. The officials are pushing it as a form of localized digital cash, which will run on a peer-to-peer payment platform known as the “Inclusive Value Ledger.” The proposition was drawn up by New York State Assembly member Ron Kim, Democrat Senator Julia Salazar, and Robert Hockett, a professor of law at Cornell University.

Hockett published a whitepaper for the payment platform back in November 2019, and while there were some subtle differences here and there, it did sound a lot like the whitepaper for a cryptocurrency. For instance, it contained soundbites such as “cutting out the middleman,” and “peer-to-peer.”

The New York Inclusive Value Ledger proposal would be the realization of @ZachCaceres' 2013 "MuniBit" idea (this caused me to bin banking law and go into crypto full time which, eventually, led to the design of the first usable permissioned blockchains). https://t.co/ELJUvoU8Cw pic.twitter.com/MSWF7FgGSz

However, the most significant deviation from the crypto principle that this cash system would have is that it won’t be decentralized. While the Ledger will be P2P, the whitepaper notes that it would be maintained by the “New York Master Account Administrator” or a “Master Account.”

The whitepaper has been dubbed a “Public Venmo,” which allows New Yorkers to improve their adoption of the digital economy. However, like crypto (and unlike Venmo), it wouldn’t charge any fees for credit card systems or bank transfers.

In a public statement, Kim explained that the Ledger could revolutionize the financial ecosystem of New York. “The creation of a free public savings and payment platform that all New Yorkers can use, not only to pay for goods and services but also to transfer money directly to each other through, could fundamentally reshape New York into a fairer, healthier, wealthier, and more inclusive place for all,” he added.

New York Could Lead the Charge for Crypto Regulation

New York does seem to have the infrastructure to adopt a cryptocurrency for its citizens. The state already has a Virtual Currency License, which every crypto firm willing to operate within its borders is required to obtain before being established. The BitLicense might be highly controversial, but it still represents the efforts of the state government to maintain control over its crypto space.

The idea also seems to be a great one for the crypto space, considering that New York is the epicenter of the U.S. financial industry. If a crypto-like payment system can succeed there, then it could serve as an impetus for other states to adopt similar policies.

It also presents a new way of thinking about cryptocurrency regulations in the United States. For as long as the crypto space has existed, prominent names have fought for the federal government to provide crypto rules. However, insufficient knowledge among regulators and a less-than-friendly administration have made this almost impossible. So, instead of hoping for regulatory clearance from the top, we could be looking at legalizing them at the state level.

One state needs to take the plunge, however, and New York could be that state.