Homenewslatin american nfts are booming amid the cryptocurrency boom 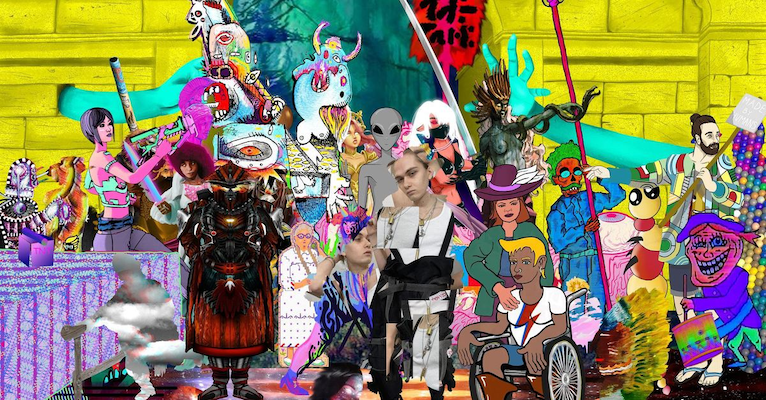 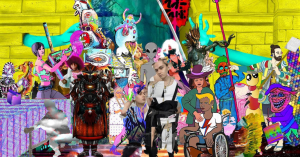 Latin American citizens have discovered cryptocurrency to be a potent tool for coping with the instability as a result of the rising number of financial and political crises in recent years. Non-fungible tokens (NFT) are currently blooming in the area with the intention of addressing actual issues as opposed to speculating on them.

Millions of Latin Americans are turning to cryptocurrencies as a form of safety due to high inflation, with stablecoins dominating the market. 51% of consumers in the area, according to Mastercard, have conducted at least one cryptocurrency transaction. According to Chainalysis’ 2022 Global Crypto Adoption Index, Brazil, Argentina, Colombia, and Ecuador are among the top 20 nations with the highest crypto adoption rates.

NFTs are being incorporated into people’ daily lives by various businesses and groups, not by speculators

“We wanted to purchase an original work by a Latin American artist when we first entered the cryptosphere in 2021 and learned what an NFT was, but there weren’t many available. Therefore, we developed our own infrastructure to enable NFTs”, according to Facundo Migoya, CEO of Enigma.art.

In 2021, Facundo and Manuel Migoya, who are both 18 years old, cofounded Enigma.art. It has at least 1,500 wallets connected and more than 5,000 users. The website enables users to locate and purchase original music from artists, who are paid a royalty percentage of each sale. Artists can then separate the voice from each of the other instruments and mix them in a unique way to produce a new song.

The site presently collaborates with conceptual artists like Marta Minujin, an internationally renowned Argentinean artist who sold her first NFT for 24 ETH, or roughly $30,720. For example, Argentine music producer Bizarrap, who ranked first in Spotify’s Top 50 Global rating, has already sold his first NFT for 100 ETH ($128,000), which was a component of a larger NFT collection that is now being produced. With early access and fractional ownership of the artist’s new tracks through NFTs, for instance, Migoya continued, “We are still designing and developing new ways for fans to invest in their favorite musicians.”

NFTs in Latin America, however, are not just about the most upscale industries, but local NFT firms work to foster innovation in more established businesses. In August, the low-cost Argentine airline Flybondi began selling 2.5 million tickets on TravelX, a marketplace for tokenized travel goods. These tickets are tokenized when purchased and turned into non-fungible tokens known as NFTickets.

Federico Pastori, Flybondi’s chief commercial officer, stated that money was lost when customers purchased tickets but were afterwards unable to take that flight. “In this sense, we’re establishing a legitimate secondary market where anyone can exchange them up to three days before takeoff,” the author said.

After purchasing an NFTicket, a consumer can use TravelX’s peer-to-peer system to auction, sell, transfer, gift, or trade them, according to what the startup’s chief blockchain officer, Facundo Martin Diaz, told when it first launched.

The possibilities with NFTickets are infinite, Pastori continued. “Imagine if a large event is taking place, people might buy multiple tickets and then resell or auction them for double the price.

Currently, the NFTickets can be bought with fiat currency or USDC using a wallet made in TravelX, BinancePay, or, most recently, Lemon, a Latin American cryptocurrency exchange. Every transaction generates a 2% commission for both TravelX and Flybondi.

With more than a million users in Argentina and Brazil, Lemon debuted in August the largest NFT collection to date, giving each of its users a distinctive NFT avatar.

Lemon CEO Marcelo Cavazzoli said, “We realized that NFTs around the world were primarily utilized for speculative purposes and that Latin Americans found the existing process to obtain an NFT onerous, so we extended free access to NFTs to all of our users.” When users activate the avatar NFTs, referred to as “Lemmys,” they each produce a different one at random. Although it will be feasible soon, they cannot now be changed, exchanged, or bought, according to Cavazzoli, who also noted that more than 400,000 of the million people have already claimed their NFTs.

According to Matas Ronconi, president of Pequeos Pasos, “the NFT project is aimed for people to get connected with the organization in a more tangible way and afterwards enjoy incentives like special participation in our events.”

Santiago Siri, an Argentine contributor to the Proof of Humanity project and the creator of the universal basic income (UBI) ERC-20 coin, helped the NFT project of Pequeos Pasos. Through OpenSea, 25 pieces have so far been sold for $50 apiece. Although NFT usage is still relatively young in Latin America, Ronconi stated, “we wanted to be a part of it from the beginning.” 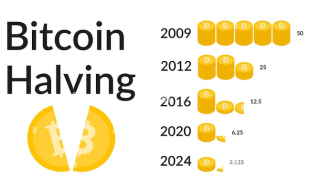 Before the upcoming halving of mining rewards, Bitcoin may rise to $63,000, according to Matrixport

Join Our Telegram channel to stay up to date on breaking news coverage Warren ...