Homenewsconcerned youtuber calls bakkt out for its custody irregularities

The Bitcoin futures contracts offered by cryptocurrency investment company Bakkt has seen mixed results in the past, and is on course to shrug off the effects of a sluggish start.

However, while many believe that products such as the physically-delivered Bitcoin futures contracts have aided the adoption of the world’s most popular cryptocurrency, one crypto enthusiasts on YouTube seems to have a completely different view.

According to a video published on November 13, Chico Crypto, a cryptocurrency commentator, singled out Bakkt for being “bad,” adding that the company is no more than an attack launched by the traditional financial industry on the crypto space. 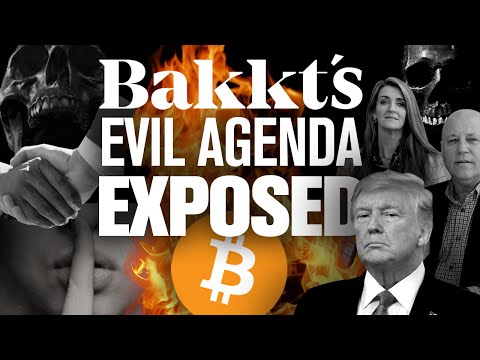 How Do You Get Your Money Out?

In the video, Chico Crypto detailed how he came to discover that Bakkt has actually never posted a public address for Bakkt Warehouse, its asset custody service. After further investigations, the commentator came to the conclusion that Bakkt most likely kept this detail a secret so investors won’t withdraw their funds.

He added that other deliverables contracts providers offer easy means of withdrawing customers’ earnings, but for Bakkt, there are no instructions on how Bitcoins can be drawn from the custody service. All this, as he sees it, calls for some suspicion.

“Why create an independent warehouse, which you own and is tied to delivery and not be like a normal futures product with physical delivery where a third party usually has the commodity?”

In a nutshell, he questioned how investors access their assets when contracts expire if there are no instructions on how to make withdrawals from the Bakkt Warehouse.

In truth, Bakkt Warehouse is owned by and is a part of the Bakkt Trust Company. The custody service was launched on September 6, as the company claimed that it would help provide storage for people who buy into its physically-delivered Bitcoin futures.

However, for a little more layer of legitimacy, the custody service was developed with the security and protection measures that are similar to those of the New York Stock Exchange (NYSE). At the time, Bakkt assured users that their assets would be safe, pending the period of their investments’ maturation

Although it is true that there are no instructions concerning how to make withdrawals from the service, it is expected that Bakkt will be providing those to investors who are ready to make their withdrawals. Most likely, the company doesn’t want to make its withdrawal process open to the public.

In a world where assets get stolen in a flash, who can blame them?

Critics or not, the Bitcoin futures contracts from Bakkt are undoubtedly doing well. According to data from the Intercontinental Exchange (Bakkt’s parent company), there have been almost 800 contracts sold today alone, with prices holding steady across the various maturation periods.

Bakkt is also working on expanding its portfolio of investment products. On November 12, Adam White, the company’s Chief Operations Officer, attended the Invest: NYC, where, according to CoinDesk, he announced that the company “has the intention of offering a cash-settled contract as well,” forming a complement to its Bitcoin-settled product.

The news source also as that the new futures will be offered by ICE Clear Singapore and traded on the ICE Futures Singapore exchange. The exchange is notably accessible to futures traders signed up to ICE anywhere worldwide. The ICE is also reportedly discussing with the Monetary Authority of Singapore, although a realistic launch date has been set for the end of the year. 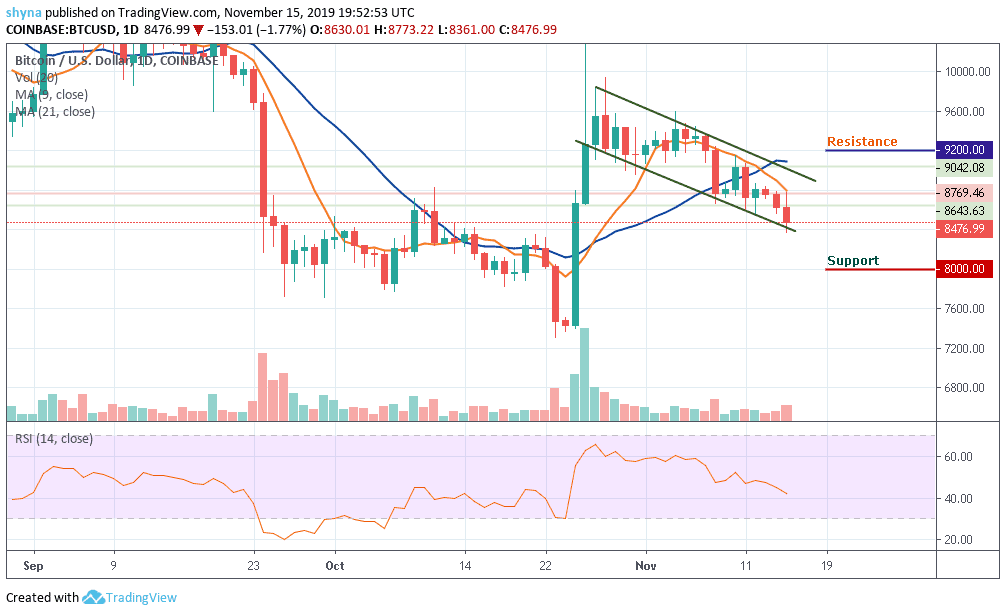 Bitcoin Price Prediction: BTC/USD Is down Profusely as the Price Couldn’t Stay Above $8,500