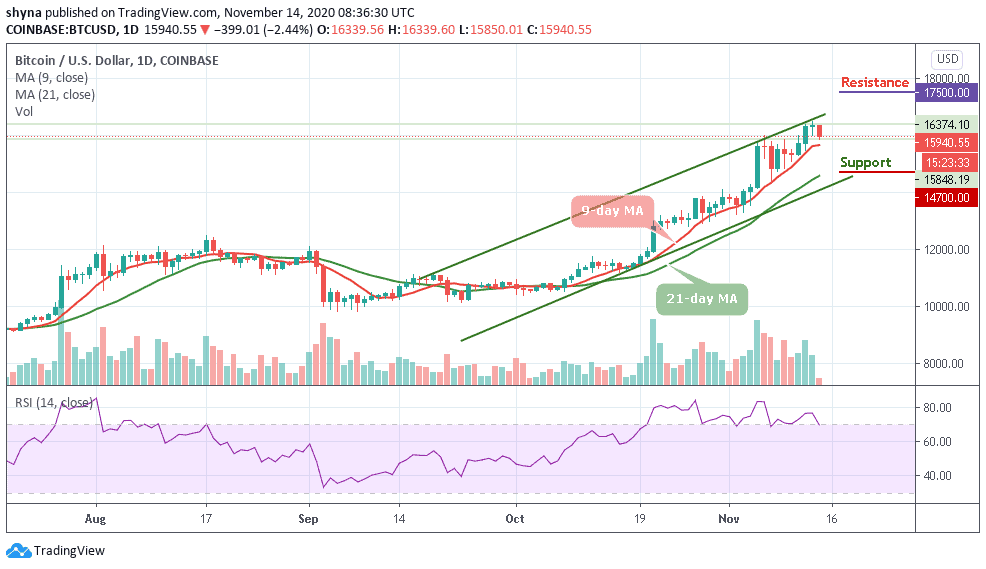 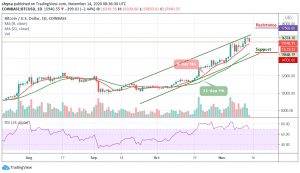 The Bitcoin price is poised for a retreat to the next support at $15,500 before making another breakout above $17,000 resistance.

BTC/USD has been able to rise above the stubborn resistance at $16,600. However, there was an impressive bullish price action over the week that saw the Bitcoin price draw closer to $16,500. Unfortunately, at the opening of today’s trading, the bullish case is been cut short, leaving a gap that has been explored by the bears. BTC/USD is currently refreshing support at $15,850 after which bulls took another shot to hit a barrier at $15,940.

The Bitcoin (BTC) is trading at 15,940 even as bulls seek support above $15,800. Looking at the technical indicator RSI (14), the first digital asset is still in the hands of the bulls. However, a minor retreat made by the RSI (14) making an attempt to leave the overbought zone suggests that exhaustion is slowly engulfing the bullish tent and whatever direction it chooses would determine the next level for the king coin.

On the 4-Hour chart, the Bitcoin price is trading below the 9-day and 21-day moving averages at the $15,946 level. The price may likely fall below $15,500 if the bears fully stepped back into the market.

However, a further bearish movement could test the critical support at the $15,300 level and below while the resistance is located above the moving averages at the $16,800 and above. Technically, Bitcoin is currently following the bearish movement as the technical indicator RSI (14) moves below 52-level.

Analysts at Whalemap has now given out data showing that institutional players have been ...