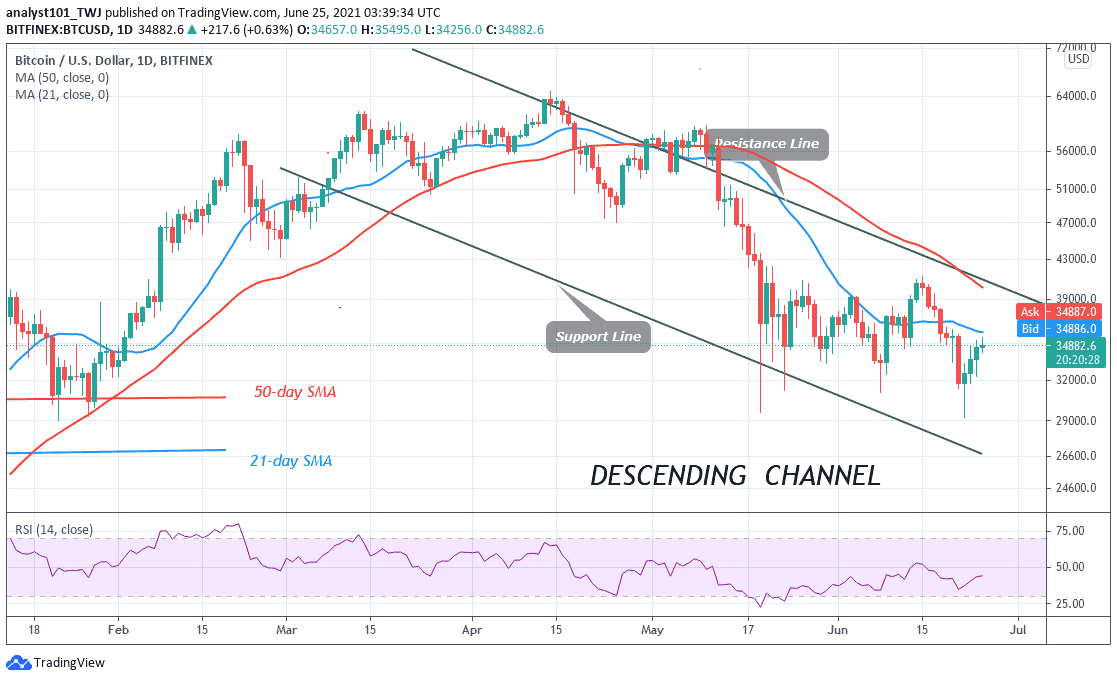 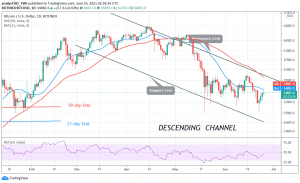 Bitcoin bulls were overwhelmed at the $36,000 resistance zone as Bears overrun bulls. However, Bitcoin was repelled at the $36,000 resistance zone. The focus of buyers is how to break the $41,273 resistance. The previous rejection at $41,273 caused the king coin to resume eight days of a downward correction. BTC/USD upside momentum will resume if BTC price breaks above the moving averages.

The president of El Salvador has indicated that the government will airdrop $30 worth of (BTC) to every adult citizen of the country. Salvadoran adults who download the government’s Bitcoin wallet app will be eligible for the free offer. There are indications that the Salvadoran adult population is as high as 6.5 million. Yahoo Finance anchor, Zack Guzman has suggested that $195 million worth of Bitcoin will be airdropped across the country. However, exact figures are not feasible, though Statistics show that in 2019 the population was at 4.72 million people aged 15 and above. According to President Bukele, the government’s “wallet app will even work anywhere with a cell connection, and you won’t have to have a cell plan for the app.” President Bukele indicated that the country’s much-celebrated Bitcoin law will come into effect on September 7.

Stacks started the year on a positive note, but since the market crash occurred, ...