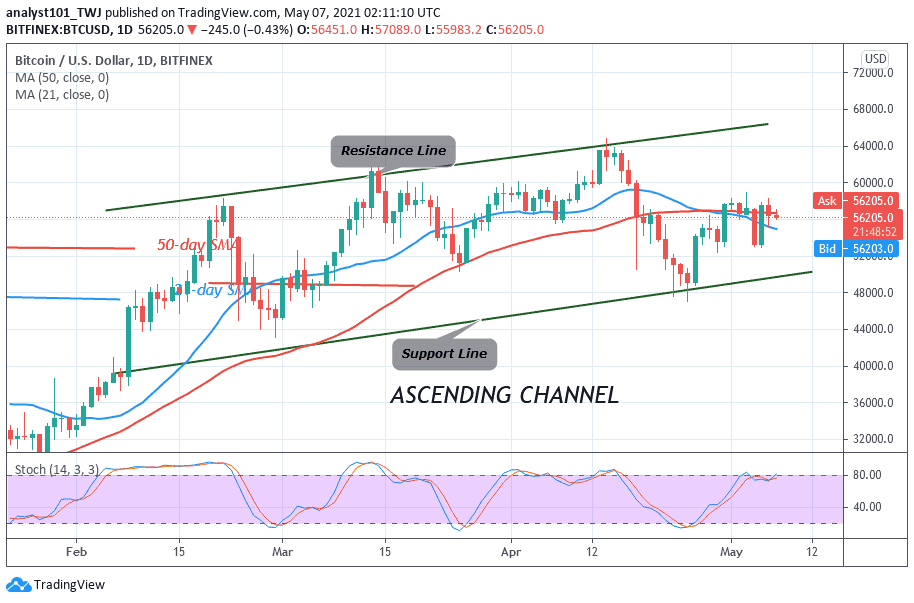 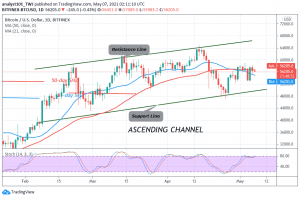 Bitcoin (BTC) Price Prediction – May 7, 2021
Since May 1, BTC/USD upward moves have been restricted below $58,000 high. Bitcoin now fluctuates between $53,000 and $58,000 price levels. Bitcoin bulls have retested the $58,000 resistance level on four occasions but unable to break it. BTC price is now falling after the last rejection.

BTC price is falling on the downside after rejection from the $58,000 resistance zone. Yesterday, the king coin dropped to $55,500 support and pulled back to retest the $57,000 high before resuming the downward move. Selling pressure will persist if price breaks below the moving averages. The market will fall and revisit the previous low at $53,000. On the other hand, if price falls and finds support above the moving averages, the uptrend will resume. The downtrend becomes necessary because buyers fail to break the $58,000 resistance. A breakout at the $58,000 resistance will propel price to reclaim the $58,000 support. The bullish momentum will extend to the $60,000 psychological price level. In essence, the resumption of upside momentum begins when the BTC price is above the $58,000 support. Today, the market has declined to $55,896 and there are indications of a further downward move.

Largest Latin American eCommerce Platform, Mercado Libre, Adds $7.8m Bitcoin to Its Treasury
Mercado Libre is the largest e-commerce platform in Latin America. The purchase makes the eCommerce platform the 36th publicly-traded company to add Bitcoin to its balance sheet. The Argentinean Company is the first large Latin American company to acquire Bitcoin for its treasury. The company has joined other firms such as MicroStrategy and Tesla, which have holdings of BTC within their assets. The platform has announced to the U.S. Securities and Exchange Commission that it has acquired $7.8 million in BTC in the first quarter of 2021.

BTC price has resumed a downward move after its rejection at $58,000 resistance. The selling pressure may continue on the downside as the coin faces further rejections. Meanwhile, on May 6 downtrend; a retraced candle body tested the 61.8% Fibonacci retracement level. This retracement implies that the selling pressure will continue to level 1.618 Fibonacci extension or the low of $53,455.20. 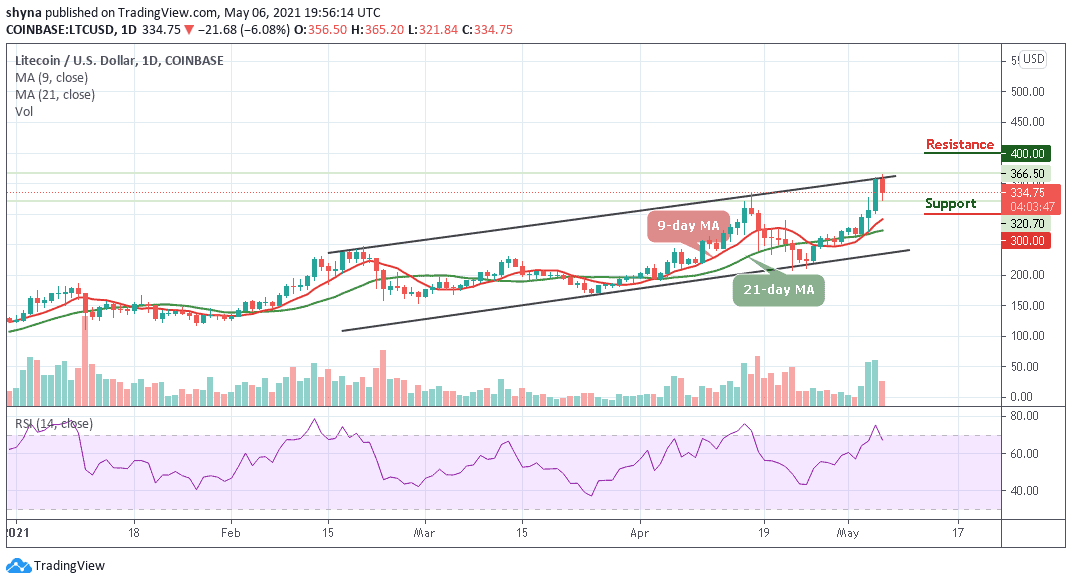