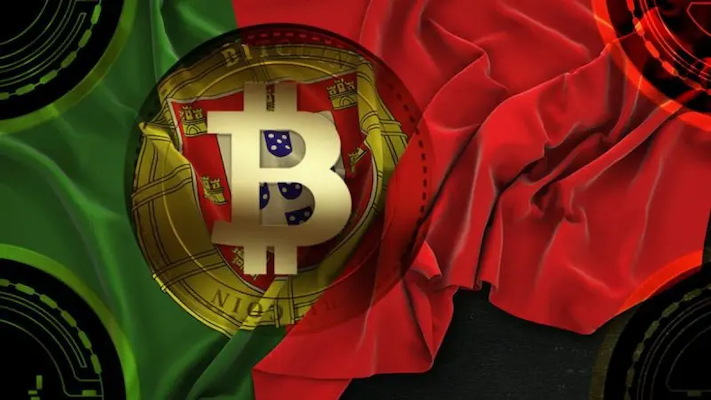 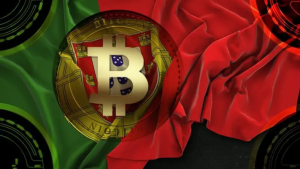 The gathering takes place at the Bam Bam Beach Bitcoin bar, which is located on an empty beach in southwest Portugal.

You pass a boat dock, hotels, and apartment complexes on the way there, park close to a shuttered seafood restaurant, and proceed down a wooden path that winds through a sand dune. Wind-driven yellow Bitcoin flags flutter. The topics of cryptocurrencies and a decentralized future are frequently discussed.

One of the owners of Bam Bam and a Dutch investor who recently moved to the area, Didi Taihuttu, claimed that “people often question when to buy and when to sell.” “We deal with that by going all out.”

Another regular at the bar, Katherin Bestandig, said while sitting close in the sand, “Everything is possible if you’re bold.”

In the midst of what has come to be known as the “crypto winter,” the bar and community of approximately 150 crypto enthusiasts in and around the town of Lagos are a beacon of hope. As concerns about the state of the world economy drove down the value of risky assets last summer, cryptocurrencies like Bitcoin and Ether collapsed and crypto businesses like the experimental bank Celsius Network filed for bankruptcy. The crash caused harm to a large number of investors. Bitcoin’s price has dropped more than 70% since reaching a record of more than $68,000 last year.
However, there is unwavering faith in cryptocurrencies in this idyllic Portuguese seaside setting.

Around 20 guests from Europe and other regions congregate at Bam Bam every Friday to express their everlasting belief in virtual currency. They continue to be upbeat and joyful throughout Portugal as well as in other global crypto hotspots like Puerto Rico and Cyprus.

Paulo Estevo, a cryptocurrency trader, remarked at lunch at a restaurant in the Portuguese seaside resort of Ericeira, where he meets once a week with three other pals. Although he acknowledged that his cryptocurrency holdings were down by around 80% from their high, he remarked, “I’m investing more.”

Portugal has distinguished itself as one of the major hotspots for cryptocurrency investors and aficionados in Europe. Because the government here does not tax income produced from virtual currencies, as in Italy and France, many cryptocurrency proponents have moved there. The pleasant climate, inexpensive cost of living, and straightforward residency process all assist. A Portuguese real estate firm called Vanguard Properties claimed to have sold at least 10 opulent residences to “crypto families” since the previous year. (Sifted.eu had already reported the sales.)

Shops and restaurants in coastal communities like Lagos and Ericeira demonstrate their acceptance of digital currencies by accepting Bitcoin as payment. The city, Lisbon, has emerged as a centre for cryptocurrency-related start-ups like Immunefi, a business that finds security flaws in decentralized networks, and Utrust, a cryptocurrency payment platform.
Portugal ought to serve as the Silicon Valley of bitcoin, according to Mr. Taihuttu. “It contains every component.”

However, the Portuguese government might jeopardize the nation’s reputation as a crypto powerhouse. Finance Minister Fernando Medina stated in May that the government “intends to legislate on this topic” and was considering taxing cryptocurrency revenues similarly to ordinary income. Next month, when Portugal presents its yearly budget, a choice might be made.
The ministry of finance chose not to comment on its goals.

For the time being, Portugal continues to be a favorite destination for optimists and novice traders who are seeking to use their cryptocurrency assets to travel and live independently. This group has established a foothold in Portugal using funds gained from the rise in value of digital currencies over the previous few years.

Many people in Lagos have visited Bam Bam bar after being motivated by Mr. Taihuttu, 44. In order to invest in Bitcoin in 2017, he sold almost all of his possessions in the Netherlands. A single Bitcoin cost roughly $900 back then, compared to about $19,000 today. He then went on a 40-country journey with his wife and three daughters, who have not attended school since 2017, documenting every step on social media. “The Bitcoin Family” was their name.

As media outlets reported the tale of his family, Mr. Taihuttu’s social media following increased, making him a source of influence and investing guidance. He has been followed by a documentary film crew for the past 18 months on and off. He moved to Portugal this summer and rapidly established himself as a representative of the country’s cryptocurrency sector.

He wants to rename the beach where Bam Bam is situated, Meia Praia, as “Bitcoin Beach.” He is looking for land to establish a nearby settlement for other believers. With a Jack Daniel’s and Coke in hand, Mr. Taihuttu remarked, “You prove that it is feasible to run some portion of the world, even if it’s just one.” He had black hair that reached his shoulders, and his tank top showed off his tan and tattoos (including one on his forearm of the Bitcoin symbol).

Among those Mr. Taihuttu attracted to Portugal was Ms. Bestandig.

She said she and her family had been traveling since 2020 and were originally from Germany. They had earned enough money over the past few years from investing in ether and other cryptocurrencies to cover their travel expenses, she claimed.

Ms. Bestandig described the recent 60 percent decline in ether’s value as upsetting. Although she has reduced spending on food and housing, she has remained devoted to investing in cryptocurrencies and claimed that her family has enough money to maintain their standard of living.

She responded, “We sold our house, our cars, everything. “We’re trying to get in touch with other crypto enthusiasts.”

Nearly everyone at Bam Bam had a tale to tell about being conned or losing money in incidents like the bankruptcy of Tokyo-based Mt. Gox in 2014 following massive, mysterious Bitcoin losses.
The majority of those gathering at Bam Bam, according to American tax attorney and cryptocurrency expert Clinton Donnelly, “will have to go back to work again” if bitcoin values do not rise.

However, Mr. Donnelly and other regulars at the bar claimed that their faith in cryptocurrency was unaffected.

Thomas Roessler stated that he had come with his wife and two small children to decide whether to migrate to Portugal from Germany while sporting a black Bitcoin shirt and consuming a beer “inspired by” the cryptocurrency. He made his initial Bitcoin investment in 2014, and more recently, he sold a tiny rental flat in Germany to make additional investments.

Although Mr. Roessler expressed concern at the decline in cryptocurrency values, he was adamant that the industry would soon recover. He claimed that moving to Portugal might result in cheaper taxes and the opportunity for his family to purchase a warm-weather home at an affordable price. They had gone to the bar in order to pick the brains of those who had already moved.

We haven’t encountered many individuals who live in this manner, Mr. Roessler added. After that, he ordered more beers and paid using Bitcoin. 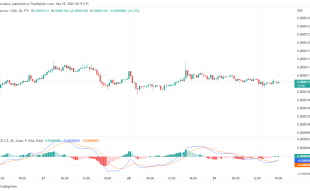