Homenewsbillionaire investor most crypto will fail bitcoin is king

The ideology of Bitcoin maximalism is heavily contested in the cryptocurrency community, with many seeing an aversion to altcoins as a stigma from the bygone Bitcoin-centric market. However, an investing legend from legacy markets has taken a stand as a fighter for Bitcoin, and Bitcoin only, claiming that most other cryptocurrencies are worthless.

On Friday, Bill Miller, a sixty-eight year-old investor and fund manager with a net worth of $2 billion, took to Bloomberg to discuss his opinions on the cryptocurrency industry.

Bill Miller says Bitcoin is interesting but that most cryptocurrencies worthless https://t.co/keSepOKmkH pic.twitter.com/2bkHSiHa5L

Miller first outlined his stake in the cryptocurrency market, noting that  he holds large amounts of Bitcoin in a partnership he is a part of, along with a “pretty significant” personal position in the foremost crypto asset at an average buy-in of $300.

As covered by NewsBTC, Miller has long been a cryptocurrency proponent, investing over $1 billion of his hedge fund’s liquid assets, in Bitcoin over the past few years. Taking into account that his net worth is in the range of the hundreds of millions and an average acquisition cost of $300, it is likely that crypto assets make up a majority of his own fortune.

When prompted to talk about why he would make such an investment, he stated:

“It is an interesting technological experiment, that we don’t know how it is going to come out. Right now, at $7,800 or wherever it is today, is much less risky than when it was at $100, for the reason that every day that it doesn’t blow up, go to zero, or get regulated out of existence, is that more money is going to flow into the ecosystem.”

He later brought up an intriguing point about the scarcity of Bitcoin, and how there are currently only ~17 million of the cryptocurrency in circulation for 25 million millionaires worldwide. Taking these figures into account, the American investor went on to add that if every millionaire was to acquire one Bitcoin, the price of the asset would go up “non-linearly (exponentially).”

While this ambition seems advantageous, it is likely that the scarcity of Bitcoin will only drive prices higher moving into the future.

“Most Altcoins Are Worthless”

When queried about if the concept of the value of scarcity applies to altcoins, Miller adamantly stated that a majority of the over 1600 altcoins are worthless, pointing out that Bitcoin is one of the most stable assets in this nascent industry.

He also noted that the largest cryptocurrency by market capitalization has the highest chance of succeeding, while Etherum follows closely behind the so-called “digital gold” from his perspective.

There are two primary types of industry observers. Firstly, legacy market on-lookers who like to state that “Bitcoin doesn’t have intrinsic value” due to the fact that it doesn’t directly generate capital/profit as a result of the network’s operations. Secondly, crypto advocates who note that the “intrinsic value” argument is wildly misconstrued, as Bitcoin shouldn’t be valued in the same way a publicly-traded firm is.

Miller seems to be in the same boat as the latter, as he sees a multitude of ways to fairly value Bitcoin. The primary method which he sees to value such a crypto asset is to view it as a “non-correlated asset that is most similar to gold,” while it also can be transported with ease and can be utilized in retail environments.

As was later added, Bitcoin could eventually be seen as a direct alternative to gold, a “digital gold” if you may, with traditional institutions and “various central banks” acquiring Bitcoin as just another asset to keep under lock and key. If this forecast comes true, values for this asset will likely skyrocket, with Miller noting that Bitcoin could reach a valuation of one-third of the market capitalization of gold, which currently sits at $8 trillion.

He closed off the interview making an interesting point, noting that crypto investors shouldn’t put too many eggs in one basket, and should treat their investment into crypto assets as a “positive expectation lottery ticket” that could multiply to “10, 20 or even 50% of your assets in a couple of years.”

The post Billionaire Investor: Most Crypto Will Fail, Bitcoin is King appeared first on NewsBTC. 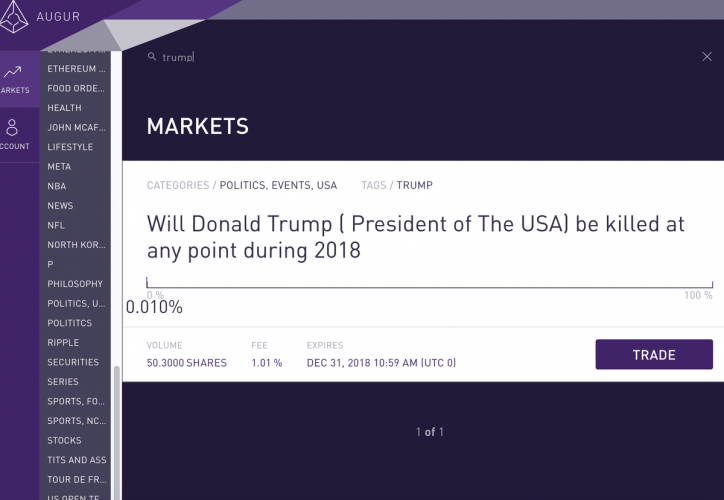