The Blockchain-Based Service Network (BSN) stands as a standardized internet services provider for developers of decentralized applications (dApps) and has made an announcement. The Chinese State-Sanctioned blockchain infrastructure project will make 24 public blockchains available for Chinese users within its network. This will start in the second half of November.

Developers are capable of leveraging these technical frameworks behind these public chains in order to run and build dApps for a wide range of purposes. Everything from source tracking for food companies, to financing platforms for SMEs, to even record-keeping for law firms, banks, and government agencies can be developed on these networks.

It should be noted, however, that these public chains will not be the same after it’s been “localized” for the Chinese market. The first big change is the permission system that will be implemented by these decentralized public chains. The second change will be replacing the tokens of these chains to direct payments by way of the Chinese fiat currency, Renminbi, in order to cover transaction fees within these blockchains.

These moves are, of course, the modus operandi for China’s treatment of blockchain. China is very much a supporter of blockchain technology, but only if this technology can be used to China’s ends. China is actively rejecting decentralized public chains such as Ethereum and Bitcoin, but are eager to make use of the efficiency and traceability of its technology.

The latest of these moves comes just after a month since the BSN had integrated six major public chains into its global network. With the worldwide network, developers outside of China are capable of using this standardized development environment. These developers can build and operate various decentralized applications on these chains, and, unlike the localized version, public decentralized chains are fully allowed on the global version of BSN.

Coindesk, a very popular news provider, has managed to obtain an internal memo about the matter. In this memo, it cites both regulatory and legal requirements as justification for this localization. The memo described how these decentralized chains would become a public permission consortium chain, which regulators are capable of supervising. The memo claims that this stands as the most effective and direct ways to comply with Chinese regulations and access China’s domestic users.

China has always been one for exploiting blockchains for further state control. Regardless of what anyone may think of it, the country is pulling it off. In time, China will stand as a heavyweight in the crypto space, albeit a very regulated one. 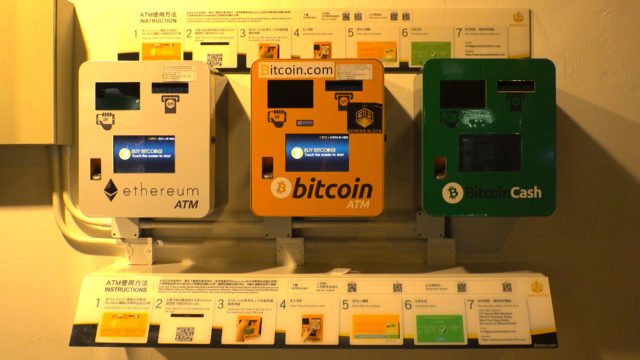 Crypto ATMs Surpass 10,000 Globally, Showing 87% Surge In The Past Year

Join Our Telegram channel to stay up to date on breaking news coverage AksjeBloggen, ...