Bonds have, since the early days and inception of the financial markets we know today, been deemed one of the safest and standard investments to preserve and keep capital on standby for long-term growth. Now, mix in the concept of Bitcoin and cryptocurrency, which are digital storages of value, and you have an interesting topic that many are unfamiliar with, yet are *trying* to understand; what is a Bitcoin bond? And how do you get a Bitcoin bond?

We’ve created this guide to help new users get accustomed to the new world of cryptocurrency as it moves towards a more regulated and overseen compliant financial environment. Bitcoin bonds are complex topics: They combine the old, traditional world of finance with the new, digital methods of cryptocurrency and digitized markets. In this guide, we’ll overview what Bitcoin bonds are, their closest alternative, how close financial institutions are to issuing them, and how to go about the current industry.

Find in This Article

Compare
We’ve created this guide with multiple sections and informational blocks, however, if you’re a beginner a lot of this might seem like gibberish to you. If you’re an absolute beginner, or simply want to refresh yourself on cryptocurrency and improve your skills, check out our beginner cryptocurrency guide, where we introduce you to all things crypto and show you more in-depth how to buy cryptocurrencies.
What is a Bitcoin/Cryptocurrency Bond?

What is a Bitcoin Bond? 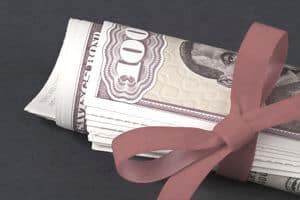 Prior to understanding what Bitcoin/Cryptocurrency bonds are, we first need to understand the underlying concept of a bond; otherwise, we can immediately fall susceptible to scams and make bad investment decisions due to being misinformed, especially with new technology such as Bitcoin and cryptocurrency.

A bond is a financial instrument, created in the earlier days of modern-finance, that seeks to mutually benefit lenders as well as loaners through incentivized ‘interest rates’. Bonds come in all different types and can have high or low-interest rates with complex underlying structures. At their most basic levels, however, bonds are very close to guarantees between a person loaning money to either a government or institution in exchange for longer-term growth and interest accumulation for lending money. Bonds have interest rates (Which are the percentages of the bonds that you are rewarded for lending out that money), maturity dates (The final date for which the bond has accumulated all of its interest), and penalties (The amount of money that is deducted from your bond for cashing/redeeming your bond).

Use the following example for a better understanding of how bonds work:

Governments aren’t the only ones that can issue bonds; bonds can be very useful instruments for institutions and companies as well. Now, with the concept of a bond under our belt, let’s assess this application to new technology.

What are Bitcoin Bonds?

Bitcoin is a cryptocurrency, a store of value that is encrypted and can be transferred to one another in a transparent, immutable way. In this regard, Bitcoin has for quite some time, been theorized to be a perfect solution for government and corporate bonds. When issuing bonds, governments or corporations need to hold what ‘auctions’ for these bonds, where investors buy bonds; however, there are many roadblocks and uncertainties in this sense, as investors do not always know exactly if their money is truly being used for the purposes intended. As a result, cryptocurrency and Bitcoin bonds are issued in an audited, verified way where investors can track in real-time where funds are, where they’re being issued, and in a fast manner. 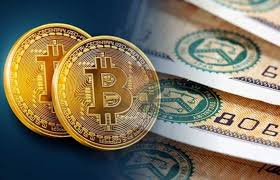 Bitcoin bonds look to solve many issues surrounding current day bonds and investment vehicles. Bitcoin bonds are not concepts that would uproot current financial systems; as a matter of fact, they are technological advancements that can facilitate legacy financial systems. Bitcoin bonds are a very hot topic amongst the investment and financial industry. This past April, Afghanistan, Uzbekistan, and Tunisia announced to the IMF their plans to issue new country-specific bonds via Bitcoin. Additionally, last September, the Australian Central Bank issued $1.1B worth of bonds on the Ethereum blockchain. Why is this?

Consider the following instance with a traditional bond and a Bitcoin bond. Government XYZ wants to issue $2B worth of 10-year bonds used as loans for its new technological push. If Government XYZ issues this $2B via Bitcoin/Blockchain bonds, whoever purchases these bonds will have 1.) Absolute transparency in the bond, and will see exactly when, where, and how their investment is being used 2.) Faster confirmation and settlements, meaning faster, more efficient results 3.) Higher investor confidence meaning more capital will be joining you.

This is opposed to traditional/legacy bonds which will encounter multiple problems along the way. Traditional bonds, in this case, would 1.) Not have the ability to offer absolute, immediate transparency, and relies on many different third parties 2.) Dependent on very long settlement times and additional fees 3.) Lowered investor confidence/Limited market edge.

At this time, Bitcoin bonds are not available to the general public; is it possible? Absolutely! We expect Bitcoin bonds will become more retail and mainstream oriented within the next few years. In the meantime, it’s possible to buy Bitcoin in a completely legal and compliant manner.

How to Buy Bitcoin Bonds in Your Country

At the moment there seem to be relatively limited amounts of information about pending Bitcoin or cryptocurrency bonds in the United Kingdom. As bonds are in general one of the staple forms of investment vehicles in financial markets within the U.K. markets, we wouldn’t be surprised if they began developments with crypto/Bitcoin bonds fairly soon.

Those looking to buy Bitcoin bonds in Canada and the U.S. will, unfortunately, be stopped immediately in their tracks, as neither residence offers cryptocurrency/Bitcoin bonds. Both jurisdictions have stated they are looking into the developments and technicalities surrounding this possibility, and the United States houses the IMF, where multiple jurisdictions from around the world stated their interest in issuing Bitcoin bonds. However, at this time, Bitcoin bonds are not available for buying and selling, unless you make your way into bloomberg. 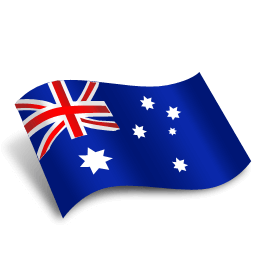 Australia is one of the only jurisdictions in the world that has offered Bitcoin/cryptocurrency bonds; well, sort-of. Australia issued over $1B worth of government bonds via the Ethereum blockchain, making all investments and processes for the bonds available on the blockchain. For retail users, however, you won’t be able to find Bitcoin/Cryptocurrency bonds at the moment.

While at this time, Bitcoin bonds are not currently available to retail users and the like, governments and jurisdictions are seeing their potential within the markets.

If you’re still confused on buying Bitcoin and other cryptocurrencies, check out our main Bitcoin Buying guide which goes into more depth on the topic; if you have any further questions, don’t hesitate to ask!

You cannot get a Bitcoin bond at the moment.

When will Bitcoin bonds be available?

There is no confirmed date for when Bitcoin bonds will be available.

How do I know my Bitcoin is safe?

If you buy your Bitcoin from registered, legally acknowledged platform, your Bitcoin is safe and secured on an insured, and compliant broker.

Can Bitcoin bonds make me rich?

Bitcoin bonds do not exist currently, however, if they are deployed in the future, they can potentially yield large amounts of profit.

Which countries use Bitcoin/cryptocurrency bonds?

Australia is among one of the only countries that have issued cryptocurrency bonds, and this was only for institutional clients.

Can I buy informal Bitcoin bonds?

There may be informal Bitcoin bonds available online, but we advise against them as they are traditionally subjects of fraud and misconduct.