The prices of major privacy coins such as Zcash (ZEC) and Monero (XMR) increased recently despite regulatory agency concerns. While the community might expect these coins to plunge with the FBI’s activities and investigations into nefarious activities, both coins surging.

Privacy coins are unique and popular for ensuring the anonymity of users’ transactions. Both Zcash and Monero employ advanced cryptography to ensure users’ privacy and transaction security.

As these coins grow in price after experiencing a massive drop few days prior, you might be wondering if it’s the right time to invest in such coins. With all the regulatory concerns around criminal use of crypto, investors have been worried that the value of ZEC and XMR would drop, but in recent days their prices have actually strengthened. 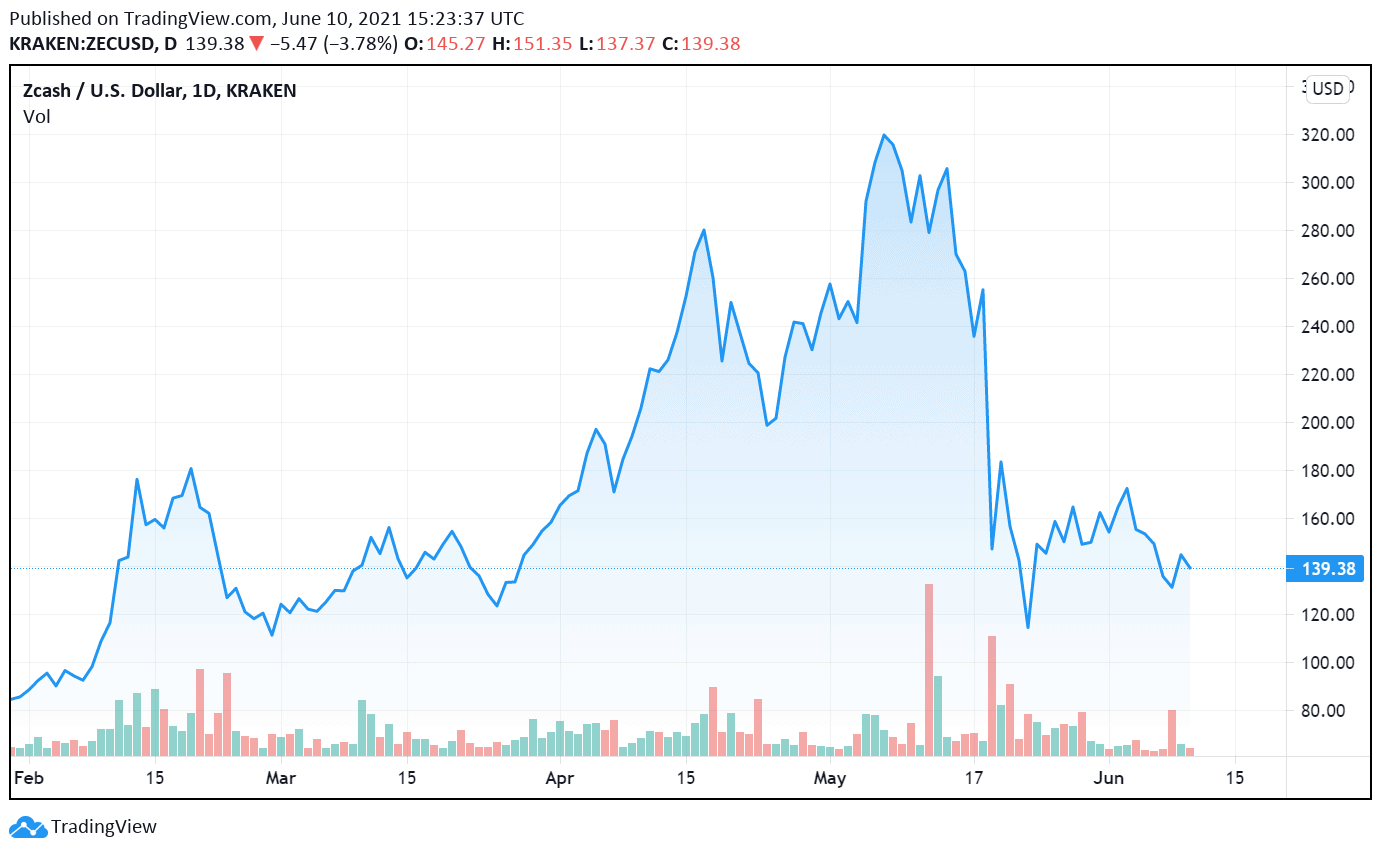 Zcash has a maximum supply cap of 21,000,000 coins. The circulating coins are more than half of the cap already. The implication is that once the coins max out their supply cap, ZEC will become rare and very expensive. So, it’s worth considering for investors who’re keen on holding the coin and waiting for a price increase.

However, the coin picked up the pace a few days later but is now climbing up towards its best price in June.

Even though the crypto market is popular for being volatile, it’s worth mentioning that the FBI’s investigations into privacy coins seem to be driving the bulls instead of discouraging them.

The experts also predict that Zcash might hit a whopping $1358.8187 by 2023. While no one can be sure of any crypto price, there’s hope that Zcash’s mode of operation will drive its value high in years to come.

The price of Monero has taken a positive turn amid the streams of concerns flowing around privacy coins. According to CoinMarketCap, Monero XMR market capitalization today June 10, 2021 stands at $4,786,681,321.

The current trading price for XMR is $273, while the trading volume stands at $354,946,982. Monero XRM is ranking number 27 in the market cap based on CoinMarketCap analysis. 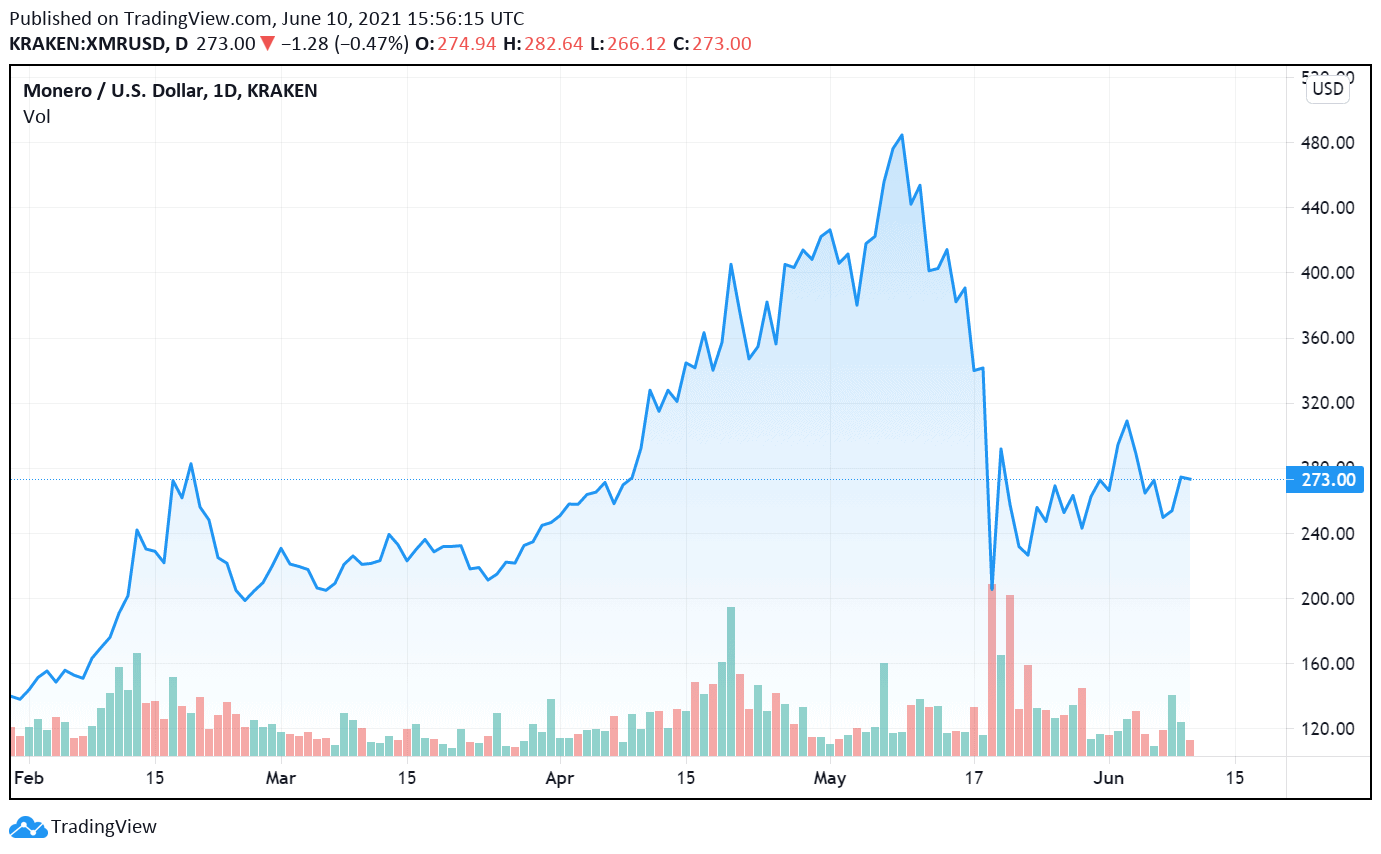 Even though Monero XMR has been recording some price fluctuations recently, the coin has been gaining instead of losing.

While no one can predict crypto price with certainty, it’s worth mentioning that Monero’s mode of operation will help to drive its value higher in the future.

Are Zcash and Monero Worth Buying?

Security agents believe that criminals will hide their ill-gotten gains using these coins to perpetrate money laundering and other nefarious acts. The FBI and the IRS are currently expressing concerns about privacy coins such as Monero, Zcash because they’ve discovered that it’s very difficult to hack them.

But even amidst the concerns and attention of security and regulatory agencies, Zcash and Monero’s prices keep growing. The speculation remains that the regulatory bodies might be helping to drive the bullish trend.

However, before investment, it is advisable to carry out in-depth research into any crypto before investing into it.

Also, if you’re interested in buying Zcash, many crypto exchanges such as eToro, CoinTiger, Binance, ZG.com, Huobi Global, and OKEx are available for you.

Mikey (Mike) Dalton was a library research assistant before stepping into technology journalism. He is curious about how the tech world works, and he is always amazed by the abrupt growth of blockchain technology.

View all posts by Mikey Dalton 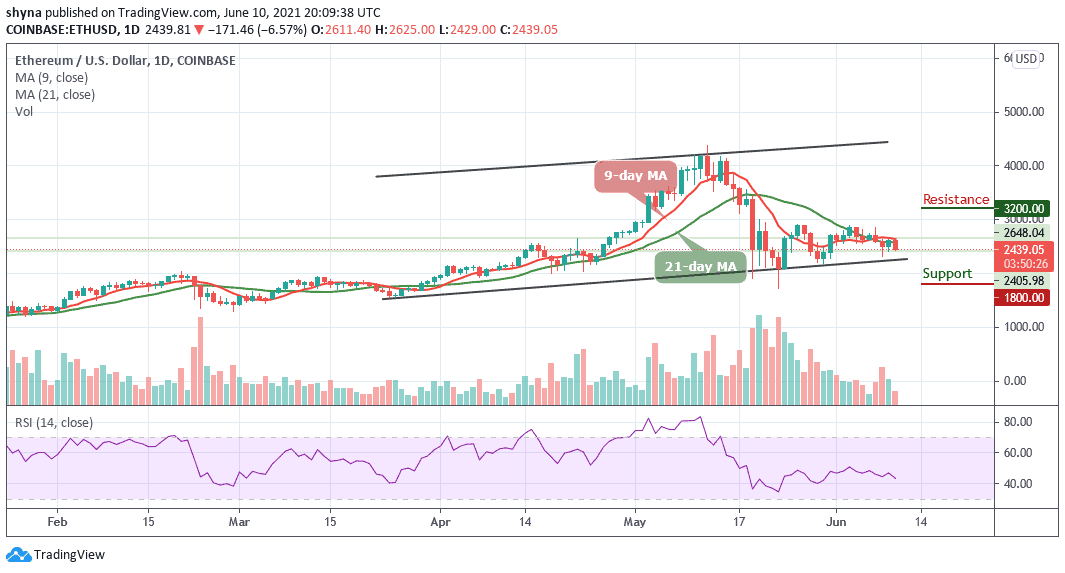