Ripple’s XRP has been one of the most popular altcoins this year. After a sharp decline at the beginning of the year, the token rose like the rest of the crypto market and almost reached $2. Recent volatility affected its price, and the coin retreated to below $1. Recent market support indicates the coin may be moving towards an uptrend yet again. 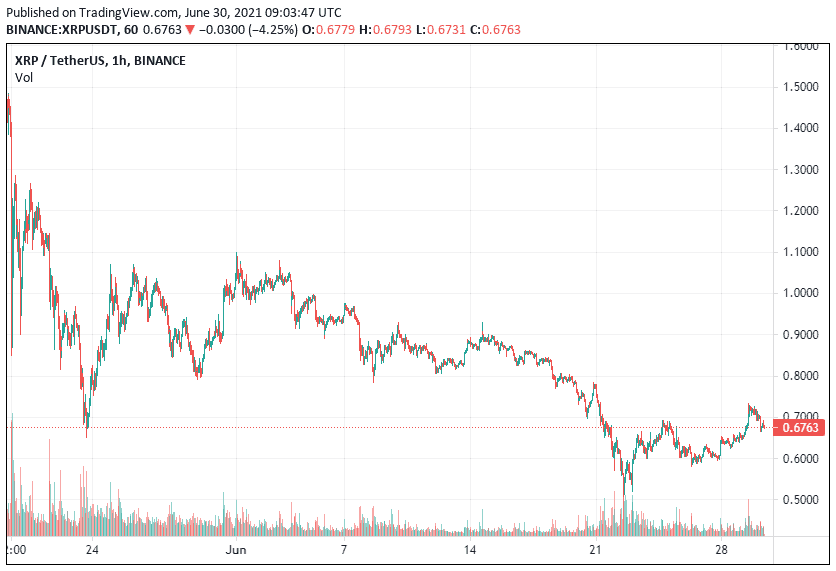 XRP’s price has rallied by 1.7% in the past 24 hours, and it has reversed some of the losses made in the past week. However, the coin failed to maintain its hold at the $0.70 levels after market support failed. The highest intraday trading level for XRP this week was at around $0.73.

The recent gains show that the token may soon retest $0.70. Reaching $0.80 is critical for XRP because it will help retest the $1 mark. The current upsurge of XRP can be attributed to two things; market support and increasing demand.

However, higher levels may trigger selloffs that may overwhelm buyers, thus causing retreats to lower levels. Ripple needs to show that bears have been overcome by maintaining a level above $1. Going below $0.50 may lead to massive investor losses, as it may trigger selloffs.

Ripple seems to be restructuring its company to ensure it can formulate more growth for its network and token. The firm recently appointed Sendi Young to be the managing director of Europe. The European market is highly becoming accommodative towards Ripple’s XRP. Hence this appointment will help the firm boost its operations there.

Sendi Young was a former executive at MasterCard; hence, his appointment is critical to the company’s growth. Such appointments will also play a critical role when Ripple plans to go public, as insinuated by the company’s CEO Brad Garlinghouse.

For those who want to purchase XRP tokens, the place to do so is from a cryptocurrency exchange. When choosing an exchange, one has to assess factors such as reliability and security. eToro is one of the exchanges that offer low trading fees and ease of use. If you have never traded cryptocurrencies before, eToro allows you to learn from seasoned traders through copy trading.

Qtum is a hybrid project of Bitcoin and Ethereum because its development team comprises ...