With increasing frequency of crypto hacks happening all around the world, we have already witnessed corporations and projects losing assets worth over $1.9 Billion.

Following the world’s biggest hack ever occurred in March 2022, in which The Ronnin Group lost more than $624 million of assets to a North Korean group, we just witnessed Wintermute, a London Based leading Global algorithmic market maker, lose over $160 million to a hacker a few days back.

The whole chain of events was explained by Chief Executive Officer and Founder, Evgeny Gaevoy, in a series of tweets in which he assured the traders have no need to worry about their assets invested.

The real cause of concern for Wintermute is that this whole fiasco happened at a time when it had already accumulated a DeFi debt of more than $200 million. DeFi debt is accumulated through DeFi lending which is a decentralised process and has become very common in recent times as it is a prevalent contributor for locking crypto assets.

According to reports, the largest debt issued to this high-frequency trading firm was by TrueFi which was a $92 million tether (USDT) loan. Alongside this, Wintermute also owes Clearpool a debt of $22.4 million and $75 million worth of WETH to Maple Finance.

From what we observed, the hacker first sent $111 million dollars to 3pool which is owned by Curve Finance. Once the funds are in the LP, circle and Tether can’t freeze them unless the entire LP was frozen. A similar method was employed by The Polygon Network when he exploited their network last year.

What is the Common Issue?

With billions of dollars worth of assets lost this year itself, crypto hacks have become more commonplace than ever. In his chain of tweets, Evgeny mentioned that he is ready to accept the recent hack as a White Hat but only if the hacker is ready to return 90% of the assets. He has released link for the payment and has even made it public.

This shows how the whole decentralised network is still not completely foolproof against these scenarios. In a blockchain network, anyone can see transactions and addresses involved.

Even if the amount transferred is visible but the users are still not allowed to change these entries which ensures security of the whole network. Cryptographic techniques such as encryption of data and blocks are used to restrict access to vulnerable information in the network but in certain cases malafide code is introduced which starts transposing existing data within the network.

Is There a Need to Worry?

Now, after millions of dollars worth of assets have been lost, the question arises that ‘does the common trader and holder incur losses’. Evgeny in his tweets has ensured that, their Cefi and OTC operations are still functional and other than some disruption in their services there is no need to worry.

He still mentions that, if someone feels unsafe, they can recall their loan and Wintermute will help them with that. Evgeny has assured their users that they are still solvent and have almost twice as much amount of equity still left. 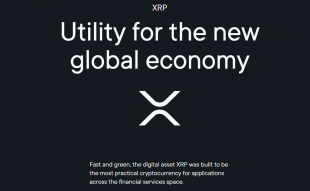 These 3 reasons may cause the XRP price to explode