Homenewswhat makes tamadoge unique meme coin as the sale draws to a close?utm_source=coincodex&utm_medium=referral

The presale of Tamadoge tickets is currently one of the most successful presales of 2022 and is currently shattering records. A little more than a month has passed since the beginning of the Tamadoge presale, and the platform has already raised $13.39 million. The presale is now in its eighth phase, which means that the tokens being sold during the presale will be done so at a greater price.

Over a month and a half after the beginning of the presale, Tamadoge finished the seventh phase of the event. During this seventh phase, the price of one USDT was equal to forty TAMA. This was the token’s pricing. Following the completion of the $14.11 million target, the price of the token increased to 1 USDT = 36.36 TAMA, which is the current phase of the eighth phase.

If the demand continues to increase at the same rapid pace as it has over the previous month, the eighth phase of the project will be finished very soon. The ninth and last phase will immediately follow the current one. During this phase, the price will be greater since 1 USDT will be equivalent to 33.33 TAMA tokens.

A total of one billion TAMA tokens are going to be sold during the presale. This quantity accounts for 50% of the total supply of TAMA. One of the reasons why the TAMA presale has proven so successful is because of the sound tokenomics that underpin the project. The supply of TAMA is regulated at 2 billion coins, in contrast to other Memecoins, which have trillions and quadrillions of coins in circulation.

Additionally, TAMA has been successful in gaining new collaborations, which has contributed to the widespread adoption of Memecoin across the cryptocurrency world. The Fiat On-Ramp support that has been revealed by the Tamadoge team will enable users to buy Ether with a card or with other local payment methods such as Transak, and then convert the Ether that they have purchased into TAMA. This will make it simpler for traders to participate in the Memecoin.

According to the Tamadoge team, the move is meant to make an investment in TAMA less difficult and more secure. Because these individuals are able to confidently convert fiat currency into cryptocurrency, Tamadoge needed to strike a partnership with Transak in order to fulfill its mission

Neil Palethorpe and Siphamandla Mjoli are two of the other members of the Tamadoge team. They have taken on the roles of Senior Interaction Designer and Senior Blockchain Developer, respectively, since joining the company.

The individuals who are financially supporting the Tamadoge initiative are still shrouded in some secrecy. The Chief Executive Officer of Tesla, Elon Musk, is said to be one of the hidden supporters of this Memecoin Project.

The Tamadoge presale is also seeing significant demand, which is a direct result of the 5% burn rate seen in pet shop purchases. The fact that the 5% burn rate on transactions at pet stores is higher than the burn rate for lunch offers a reason for an increase in the price of TAMA tokens.

What Makes Tamadoge Stand Out From Other Memecoins Available In The Market?

The problem with a significant number of meme currencies is that they do not have any intrinsic value and instead concentrate on creating excitement about themselves. Although this tactic may be profitable in the short term when the market is performing well, as soon as things begin to go poorly, prices may drop precipitously as a result of the fading of the excitement around the asset.

One such example is the planet Dogelon Mars (ELON). The performance of the token was strong in late 2021 and into early 2022; but, since then, it has completely collapsed, with values falling to around a tenth of what they were in the beginning of November.

A project like this, which doesn’t offer much in the way of utility, is more likely to suffer when the greater bitcoin market encounters a hiccup.

One other instance along these lines is the Baby Doge Coin. The value of the meme currency has dropped by almost 80% since the middle of January 2022.

What aspects of these two enterprises are comparable to one another, a clear indication that these coins have no practical use! Both attempted to make money off of the recent hoopla around Memecoins rather than focusing on developing a product that is both reliable and valuable to investors.

Tamadoge has taken precautions to guarantee that it would not suffer the same fate as these two projects, which both had significant hardships as the market began to decline.

Tamadoge’s P2E game, a series of arcade-style games that are scheduled to release in Q3 2023, and an augmented reality mobile app all contribute to the massive amount of wealth that the company makes for its investors.

This is in contrast to the company’s primary focus, which is on building hype.

Is Investing in Tamadoge the Best Choice in 2022?

In addition to this, the supply of Tamadoge is steadily being depleted as a result of a 5% burn rate on money earned by transactions that take place inside the shop.

This, in conjunction with the fact that the quantity of Tamadoge tokens is capped at 2 billion, could result in a significant increase in the value of Tamadoge over the course of the next several months, making it the ideal token for investment in 2022.

Tamadoge is a fantastic option for those who want to reduce their exposure to the risk associated with investing in the meme coin market.

Tamadoge, in contrast to ventures like Dogelon Mars and Baby Doge, has both inherent value and a robust marketing effort; therefore it is probable that it will continue to do well even during times of uncertainty.

Invest in Tamadoge before the presale runs out of tokens so that you still turn the odds in your favor and make the best investing decision of 2022. 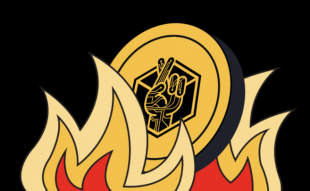