Homenewsukraine ranks as the most crypto aware country in recent survey 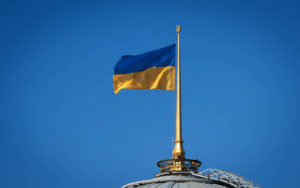 A recent report has shown that Ukraine is leading in terms of population interest in crypto assets. Russia and the United States ranked as the second and third in terms of crypto-awareness.

BrokerChooser, a cryptocurrency brokerage firm, considered several factors before making a conclusive report on these three countries. Some of the metrics considered during the research included the total number of people who own digital assets and the adoption index. This was to help establish the most crypto aware nation in the world.

Ukraine leading in crypto awareness comes as the nation battles various economic issues caused by war and having a large percentage of people living below the poverty line. The country led the chart with a score of 7.97 out of 10. Russia and the USA came in second and third positions respectively.

Surprisingly, the country that ranked fourth after this survey was Kenya, which is also dealing with financial difficulties. This proves previous studies that emerging markets grappling with economic difficulties were turning towards crypto as a way of protecting their savings from inflation.

The report also stated that the highest level of crypto adoption in developed economies such as North America, Eastern Asia and Western Europe was mainly from institutional investors.

Cryptocurrencies in Ukraine are in the grey area because they have not been declared legal or illegal. However, Ukrainians use Bitcoin and other cryptocurrencies to pay for goods and services. Merchants also accept cryptocurrencies for transactions, which they later trade on crypto exchanges in the country.

In September, the local parliament in Ukraine passed a bill seeking to legalize digital assets. If this bill is approved by the country’s president, it will boost the legitimacy of investors and protect them from being scammed by trading on fraudulent platforms.

The Minister of Digital Transformation in Ukraine, Mykhailo Fedorov, argued that cryptocurrencies were becoming a popular asset class in Ukraine. He further stated that he hoped Ukraine would rank among the nations that have legalized cryptocurrencies.

The proposed bill was also supported by the CEO of Binaryx, Oleg Kurchenko, who stated that it would “reduce stereotypical attitudes towards cryptocurrencies and will help them become normal financial instruments.”