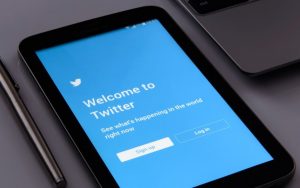 Twitter launched the tipping feature in May, where it tested its functionality and use. Through this feature, creators on the platform can make earnings from their followers for the posts they create.

Before the company announced that the tipping feature would include Bitcoin, fiat currency was the only supported means of tipping. To tip, users could use Venmo, an affiliate of PayPal, and Square’s Cash App.

To achieve the Bitcoin tipping feature, Twitter stated that it would partner with the Strike Bitcoin lightning wallet. This will allow content creators to receive tips in the form of Bitcoin. Users who want to send or receive these tips will integrate their Bitcoin wallet address. Twitter will not charge any commission for the tips sent and received using this Tips feature.

Dorsey as a Major Bitcoin Supporter

The addition of Bitcoin on Twitter’s tipping feature is the latest move that Dorsey has made to show his support for Bitcoin. Dorsey is one of the most vocal Bitcoin supporters.

Dorsey has hinted that he is planning to venture into Bitcoin mining. He further added that Bitcoin should be a priority because he believes that it could help achieve world peace.

On September 23, Twitter added that it was testing a feature that would enable users to verify and showcase their NFT digital collectables on the network. However, the social media giant did not provide any in-depth details on how this feature would work. It mentioned that this feature would give further support to creators who deal with digital art pieces.

Besides adopting blockchain technology, Twitter has been adding features to the network to boost user engagement. The social media platform announced plans to create a fund specifically for users who use the Spaces feature. The Spaces audio rooms would give users a way of incentivizing their live audio events.

Twitter created the Spaces feature to enable users to hear and communicate with other users using virtual rooms that only supported sound. The company plans to use the coming funds to incentivize more users to host their live audio events on the social media platform.