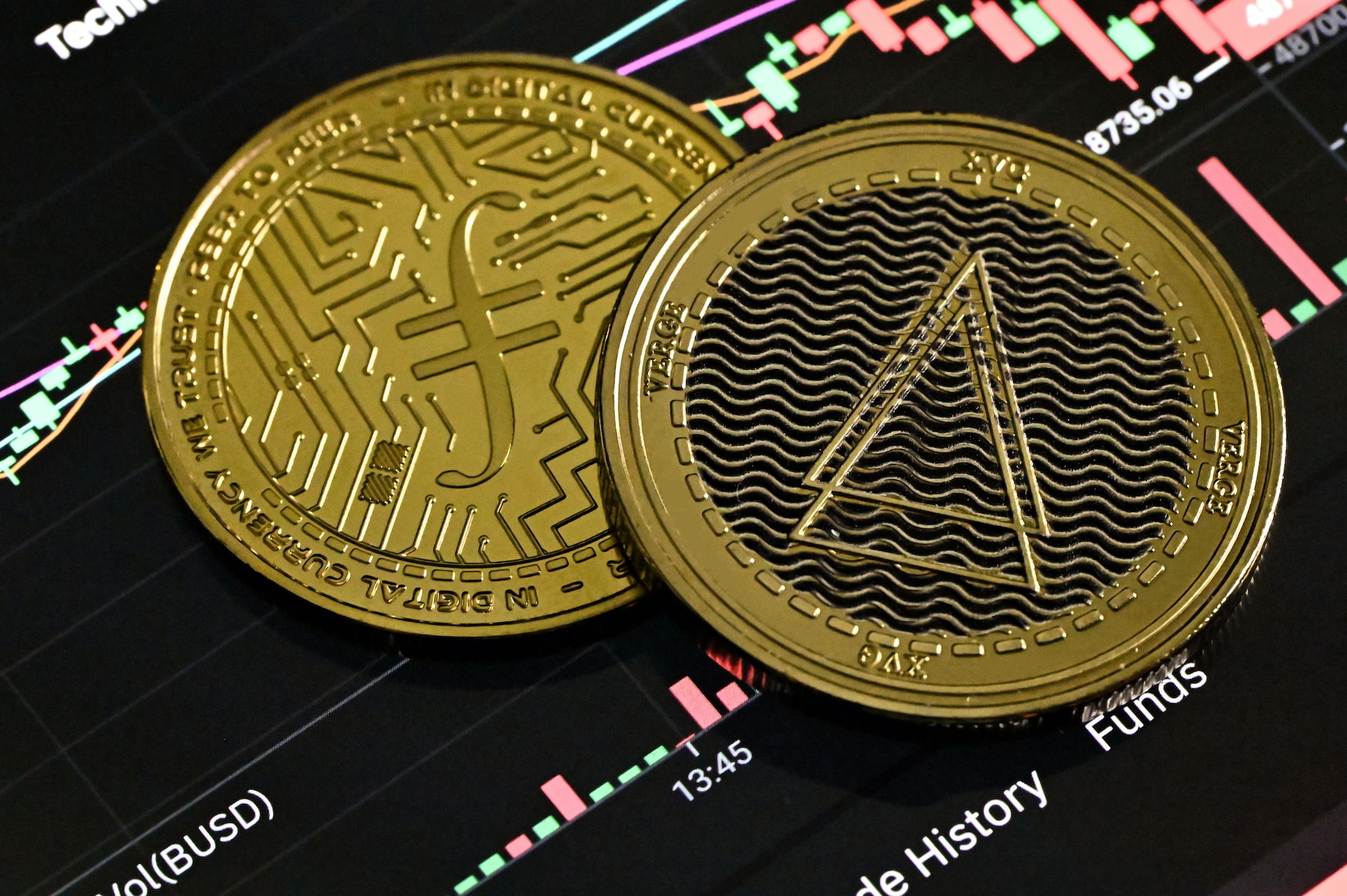 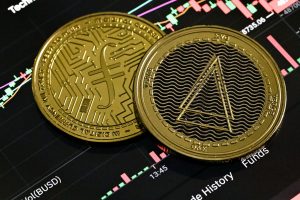 The cryptocurrency market has suffered a dip in the face of another rate hike from the Federal Reserve. Its total cap has descended to $1.038 trillion, representing a 7% decline in 24 hours. However, with Ethereum’s Merge due to tomorrow, the market is expecting a bounce in the next few days. Accordingly, this articles prepares for such a movement by looking at the top 3 storage crypto platforms for high returns. It organises coins according to market cap, with the three most valuable storage coins occupying the top slots. 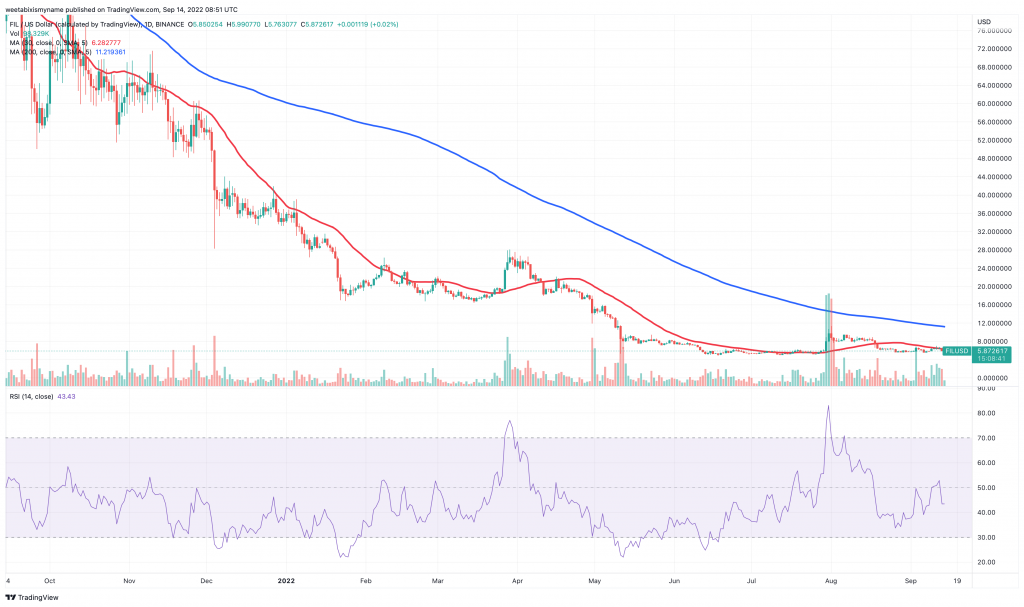 As of writing, FIL’s technical indicators are in a good position for traders looking for cheap coins with good profit potential. Its relative strength index (in purple) sits below 50, veering into oversold territory. Its 30-day moving average (in red) is also hovering below its 200-day average (in blue), meaning it’s due a rally more than further declines.

Turning to its fundamentals, Filecoin is a decentralised blockchain-based market for storage. It lets users pay miners for storage of anything from documents to NFTs. It famously held an ICO in late 2017 that raised $257 million, while its mainnet went live in October 2020, since when it has enjoyed steady growth.

Since launching, Filecoin has demonstrated its real-world utility by undertaking some interesting partnerships. This includes a partnership announced in May with Lockheed Martin, whereby the two firms would demonstrate the feasibility of a blockchain storage network operating in space. It also includes a partnership with Harvard University, with the Filecoin Foundation for the Decentralized Web announcing in July that the two organisations would be working on making knowledge more accessible to researchers and the public.

It’s on the back of such partnerships that use of Filecoin’s network has grown considerably in recent months. According to Messari, storage use increased by around 128% in the second quarter of the year. This represents significant adoption of Filecoin, and bodes well for the future. Ultimately, this is why it’s one of our top 3 storage crypto platforms. 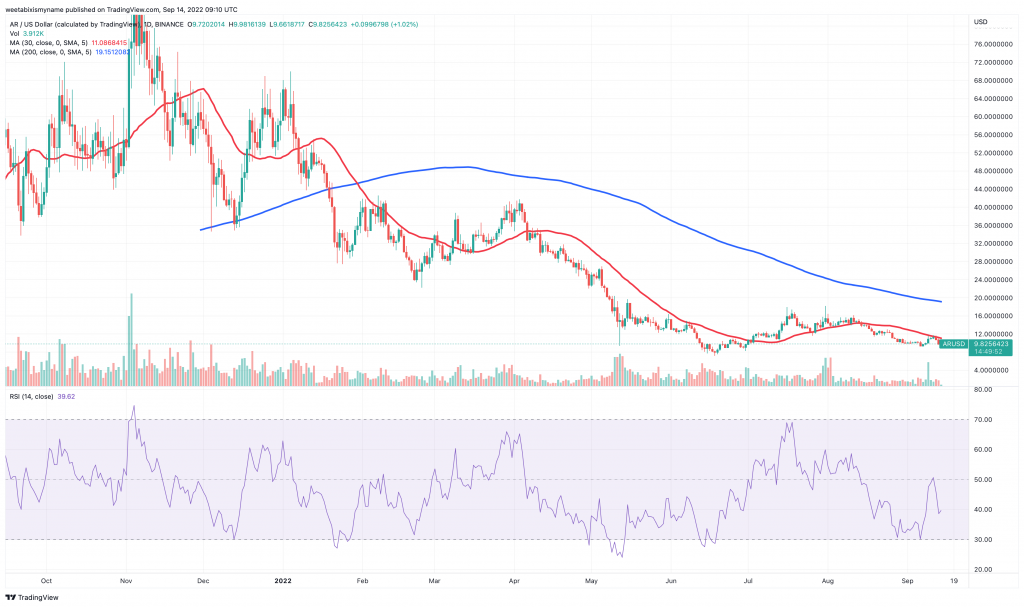 AR’s indicators are also subdued, with the altcoin down 89% since an ATH of $89.24 set in November 2021. Its RSI is down to 40 and has been low since the beginning of September, indicating overselling. All other things being equal, this should signal an imminent rebound.

Another decentralised information storage network, Arweave lets users store documents and applications in perpetuity. It distinguishes itself from Filecoin via its novel architecture, using a ‘blockweave’ instead of a blockchain. Such an architecture enables nodes to act as validators without having to store the network’s complete history. In theory, this enables it to be more scalable than other platforms, something also helped by the use of a proof-of-access consensus mechanism, as well as the use of ‘blockshadowing’ (i.e. not sending the full block to nodes).

Arweave recently celebrated the milestone of processing 1 million blocks, as well as storing over 350 million individual pieces of data. This indicates significant growth, particularly when it’s still a young network.

350m pieces of data stored permanently and the journey has only just begun! pic.twitter.com/TZKUeDgx0e

It’s also worth mentioning that a number of firms building software on Arweave have begun attracting venture capital. This includes, for example, Community Labs, which raised $30 million this month from Lightspeed Venture Partners and other funds. This is a testament to the seriousness with which Arweave is developing itself, and to its future chances of success.

This is fantastic news for the whole ecosystem. 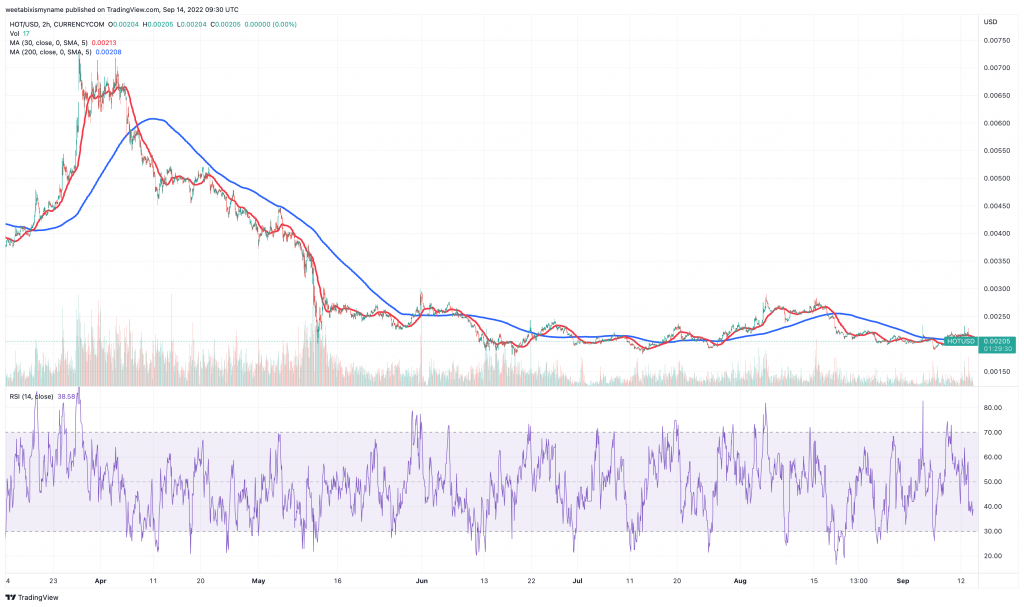 HOT’s indicators have been all over the place in the past few months. Its RSI is currently on a low ebb, at just below 40, so it’s due another bounce soon.

Holochain is an open-source platform for developing fully distributed, peer-to-peer applications. It doesn’t run on any conventional blockchain, but instead uses hashing alone to verify transactions, making it more scalable than alternatives (it has already enabled sharding). Launched in 2018, its native token HOT — which is used for transaction fees and other utility purposes — has since become the third-biggest coin of any storage network.

Aside from enabling users to build P2P apps, Holochain also provides a database for storing, organizing, and finding data spread across many computers. Within its framework, application data is created and validated using one shared set of rules that apply to all users, with no entity able to modify or tamper with data once it has been used. Basically, it’s trying to build infrastructure for a decentralised internet.

The Holochain roadmap has been updated to include the Holochain Integrity Zomes milestone along with visible progress bars across many other milestones. Please give it a look! ? https://t.co/w4EZ1bxD2X pic.twitter.com/Ik6egWttdA

In recent weeks, Holochain has outlined a new roadmap that details important updates to its network, while it has also been witnessing growing use of its applications. For instance, social messaging network Kizuna has been gaining traction as a more private alternative to WhatsApp. Meanwhile, Holochain has also been gaining adoption via IOEN Tech, a network built on Holochain for transactions between systems on energy microgrids.

Why is @kizuna_fndn different than #WhatsApp and #Signal?

✅ You own your data
✅ Safe & Private messages
✅ Non-profit
✅ No ads#PoweredByHolochain https://t.co/N6FCx6XgS5 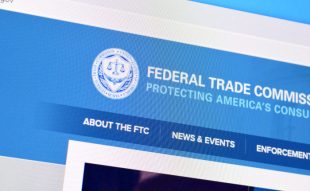