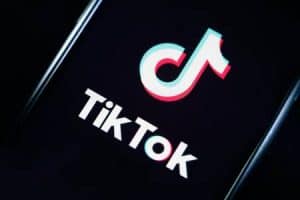 Bryce Hall stands as a 21-year old social media star. He is famous for his videos on the TikTok media platform, and plans on entering the crypto space at large. He won’t be alone, however, as he will be guided by none other than Anthony “Pomp” Pompliano, a very well known Bitcoin bull.

Hall and Pompliano had launched the “Capital University” finance podcast. This will be different from the regular podcast Pomp does. While his regular podcast prioritizes investment, business, and being bullish for BTC, this joint venture will try to cross the generational divide. Pomp, 32 years of age, will learn how social media influencers make money. Hall, in turn, will be mentored in the ways to build generational wealth by way of investment strategies. Overall, it’s a win-win.

Hall gave a statement to the press, explaining that he simply wants to highlight how important and powerful diversification can be for someone.  He explained that he believes crypto to be its own asset class, one worth the trouble of exploring. He described crypto as Internet gold, highlighting how the number of respective crypto tokens are finite, and are known to be as such.

Hall is known as a TikTok star, claiming to have about 25 million followers in total, spread out between YouTube, TikTok, Twitter, and Instagram. He has a reported net worth of over $2 million, as well. Before reaching internet fame, Hall had described himself as “completely broke”, but is now earning a sizable income through brand deals, apparel merchandise, and YouTube AdSense revenues.

Despite his wealth, Hall had implied on a tweet on the 29th of September that he’s only now starting to show interest in buying Bitcoin, but stipulated that he isn’t associated with the crypto community at large. This could change, however, as the man now hosts a podcast with a very well-known Bitcoin bull. Alongside this, Hall had announced that Tyler Winklevoss, the co-founder of Gemini, had agreed to be on the new podcast, as well.

A New Potential Step For Hall

Hall had already described himself as “Stupid and crazy” in regards to his social media persona. Even so, he made it clear that he was simply unsure how to handle cryptocurrency. However, with the aid of someone like Pomp, the man could be one of the more prominent crypto bulls out there.

Hall explained that he’s “at the top,” where he can make the most money. However, he stressed that he needed to find a way to sustain this. It seems the man is aware of how painfully fickle the job security of an influencer could be.

The KuCoin weekend hackers continue to move millions of stolen crypto tokens around as ...