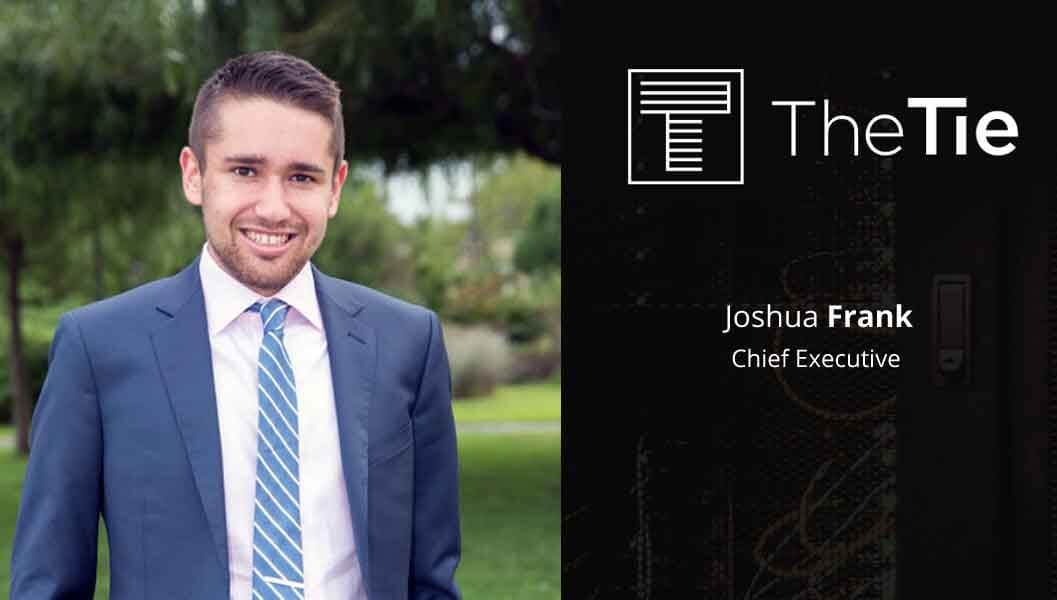 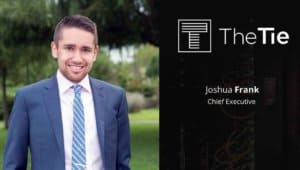 In a recent interview with InsideBitcoins.com, The TIE Chief Executive Officer Joshua Frank has talked about the practice of trading volume manipulation among cryptocurrency exchanges. He addressed possible reasons why the practice might still be rampant to date.

During the interview, Frank further talked about the future of cryptocurrency data and its impact on bringing institutional investors on board. The chief executive also delved into the upcoming Bitcoin halving. Frank shared his views regarding the halving event’s impact on the price movement of the asset alongside the entire cryptocurrency sector.

You once noted that 87% of all cryptocurrency transactions are faked. Why do you think this vice is still rampant and how can platforms like the TIE help in ending this challenge?

Faking volume largely exists as a mechanism for illiquid exchanges to attract new clientele to their platforms. If an exchange has no liquidity, people will not want to trade on it because they won’t be able to execute trades or get the best price for an individual asset. Faking trading volume also enables exchanges to rank highly on data sites, increasing their referral traffic.

We did a follow-up report to the one you are referencing analyzing exchange referral traffic and found that, on average, exchanges received 17% of their traffic from referrals from market data websites. 90 of the 109 sites we looked at received the majority of their referrals from CoinMarketCap and CMC accounted for 54% of total referrals and 11% of exchanges’ overall website traffic.

In some cases, exchanges received over 50% of their overall traffic from different market data platforms. So there is a huge incentive for these trading venues to manipulate volumes. They get listed at the top of market data websites and get a ton of referrals which drives revenue [read more here].

We don’t actively work to address this issue, and we are not a market data vendor. We are glad that some of the work that we have done in the past has raised concerns about this malpractice, which puts investors at risk. We are also glad to see others in the market working to address this issue.

One of the TIE’s target institutions is regulatory bodies. Is there a specific case study where your service has contributed towards setting up a legal framework for the cryptocurrency sector?

We are working to help regulators monitor the digital asset space using a product that we have developed called SigDev. We help regulators monitor significant market-moving events such as partnerships, M&A activity, global regulatory rulings, court cases, hard forks, major announcements, and more. We do not work with financial regulators to assist them in crafting policy, we just give them tools to monitor the market. We offer many of the same tools to those working in compliance and law firms.

One of the major drawbacks of the cryptocurrency sector has been the lack of substantial data. With a platform like TheTIE.io, how is this going to change things within the crypto sector?

We mainly focus on two different types of data. The first is sentiment and the second is corporate actions/significant developments. We provide quantified sentiment data leveraging exclusive access to the Twitter Firehose, the full real-time stream of 850M tweets a day directly from Twitter (via our relationship with Social Market Analytics (SMA), a co-founding investor in The TIE and Twitter partner).

We have built on top of SMA’s existing sentiment engine which provides equity, futures, forex, and commodity data to the largest financial firms, and combined it with domain expertise in digital assets to produce the most sophisticated sentiment feed for crypto funds [read more here].

The second data set is our SigDev product. Due to the fragmented and global nature of the digital asset market, we realized that it was near impossible for market participants to stay on top of the most critical crypto developments in a timely and consolidated manner. We built technology that pulls from over 1,000 textual based sources in multiple languages hundreds of thousands of times, and then uses advanced AI filtering to identify the most significant events in crypto.

We parse text from sources including regulatory rulings in all 100 US State Houses and Senates, Central Bank announcements, every court case in the United States, Chinese publication articles, to each blog post, forum, Medium article, tweet, and more from every token issuer and exchange, and more. We then use a natural language processor to assess whether those pieces of text are relevant to individual digital assets.

For example, if the Wyoming State House mentions Dash, we need to identify whether that the mention relates to a 5km Dash for charity or the cryptocurrency Dash. After we’ve bucketed each piece of text into an asset, we have processes for identifying the most significant developments (hence SigDev) including regulatory rulings, token burns, 51% attacks, listings, hard forks, token burns, partnerships, and more on individual assets in real-time.

For instance, we are often able to identify token listing minutes or hours before exchange tweets or posts in a Telegram channel about the listing, for example. We are also picking up regulatory rulings, mainnet upgrades, and more well before publications are covering those stories. We know this because the largest publications are our customers and are writing their stories using the data we provide. We are servicing that data to a wide range of market participants.

In addition to our two main data sets, we have been actively acquiring other data companies and data sets in the digital asset space. We are working on many interesting alternative data solutions that no one has ever seen before in crypto.

Institutional investors have been a bit slow in joining the cryptocurrency sector. In your view what role has a lack of substantial data played in this slow adoption?

Absolutely, we believe that we are filling a significant number of the holes within the space of cryptocurrency data. As of now, firms are mainly competing along two vectors, the first being market data (i.e. pricing data) and the second being blockchain data. While both are fundamental for attracting institutional investors into digital assets, there are significant gaps in needs of institutions that aren’t being met.

Blockchain data, for example, is not something that a traditional asset manager would look at and immediately understand. On the other hand, tracking M&A activity, partnerships, hacks, and regulatory rulings – types of data that The TIE provides via SigDev – is immediately understandable to traditional institutional investors. We are building data and technology to help these firms make sense of the digital asset market.

The lack of quality and diversified data has certainly played a role in slow institutional adoption, but we see the data market maturing significantly over the next few years. We look forward to playing a leading role in that maturity.

Can you name a few of your biggest clients? And what attracts them to your platform?

We do not publicly disclose individual customers. Our customers range from discretionary and quantitative hedge funds to exchanges, law firms, publications, sell-side researchers, and more. Our customers are drawn to our different products for a variety of reasons. The main driver of continued interest among our clientele is the fact that we can help firms access market-moving information faster than any other provider in the digital asset space.

You started licensing your data to hedge funds (sentiment data, fundamental data, and market data). How is this move important to The TIE’s operations?

We have been licensing data to funds since our inception but had previously put a larger emphasis on serving sophisticated retail traders via a front end interface. When we began the firm in early 2018 there were very few serious asset managers interested in digital assets. As the market began to mature, we decided to move away from retail and focus exclusively on those institutional users.

While we do service hedge funds, we also service a variety of other market participants. Overall our focus is entirely B2B. At this point, our interaction with retail customers is exclusively through our partnership with eToro. We will be releasing some more exciting research and products with them in the coming months for everyone to access.

How many users are currently using your services? By the end of 2020, how many users do you expect to have on your platform?

We do not disclose customer numbers, but we have seen a large increase in new customers and demand in Q1.

No. The halving will reduce the amount of Bitcoin produced from 1,800 to 900 a day. At current prices (as of April 23rd) that is a little under a $7 million reduction in BTC supply a day. Basically what the halving means is that there is $7M less of Bitcoin that can be sold everyday. I think it is great that over the course of the year there is $2.5B worth of BTC less that is available to sell, but that is effectively how much Bitcoin is traded in a day or two.

I don’t think it will solve the volatility issue. I do think the decreased supply will reduce some selling pressure from miners and should hypothetically be a positive for price. However, each subsequent halving is less and less meaningful. For example, during the first Bitcoin halving daily BTC mined fell by 3,600 BTC, that is a four-time larger drop in supply than we are seeing with this halving (-900 a day), and even more significant than we will see in subsequent halvings.

The halving on its own won’t lead to mass adoption.

Thank you, Joshua, for the conversation!