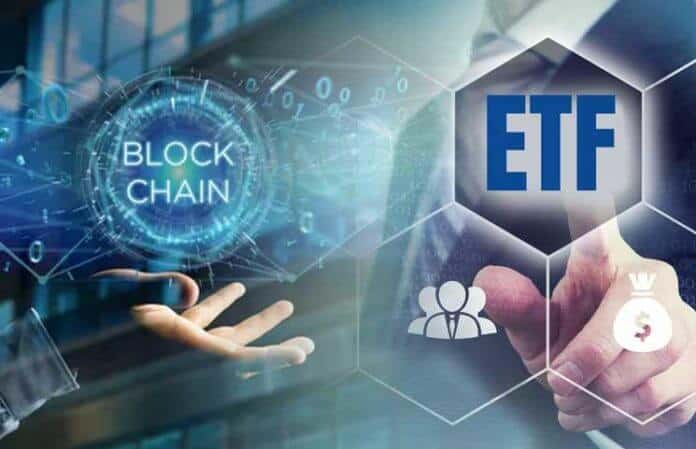 The United States SEC is not taking it lightly with products that are not representing the name they bear. Right now, they are pressuring providers with conditions which they must follow or face legal actions. Well, the Security and Exchange Commission is taking this action to protect investors. Some people who want to join the race in the industry may become victims of deceit if SEC keeps quiet.

Many providers of funds who are offering Blockchain ETFs have received serious warnings to remove the word “Blockchain” from their fund names. The reports reaching our desk is that the commission has demanded the same of two companies in the industry. According to what we got, SEC asked Amplify and Reality Shares to remove the name “blockchain” from their product. These companies are claiming to offer “blockchain-focused ETFs” and SEC disagrees with them.

Last year, Reality Shares released its so-called Blochain-based ETF. This product gives investors access to the China Market. Let’s recall that the CEO of RS Eric Ervin had said that the Chinese markets were fast turning into the epicentre of blockchain innovation. According to a source, SEC asked the company to remove the name from its product which the company did. They changed the name of the fund but still left some tickers which still connects to the blockchain technology.

For instance, the company fund trades with a BLCN ticker. But in the description, the fund is a “Nasdaq NexGen Economy ETF”. On the side, the second company Amplify fund trade as BLOK. However, the description for this fund is “a transformational data-sharing ETF” Well, the Security and Exchange Commission is not impressed by such omissions or oversight if we may call them that. They want them to remove it too.

The commission has earlier established an amendment they called “Rule 35d” or “Name Rule” as far back as 2011. This rule was to provide a clearer interpretation of the Investment Company Act. From the amendment, every fund that providers offer must have an 80% likeness between the asset and the description. What this means is that the asset can’t have another name while the description says something else.

Even, the commission had started this warning since 2018. The Chairman of SEC informed the operators that they will not take is easy with any company in such acts. We don’t blame the commission for this move. During the time 2018 when people who buy cryptocurrencies increased due to the boom, many companies started to change names. Their reason was to utilize the opportunities which blockchain tech presented back then.

Chairman Jay Clinton has stated that the commission is paying close attention to companies who change their Business models. SEC aims to determine whether their products comply with the laws guiding securities, especially in funds offering.