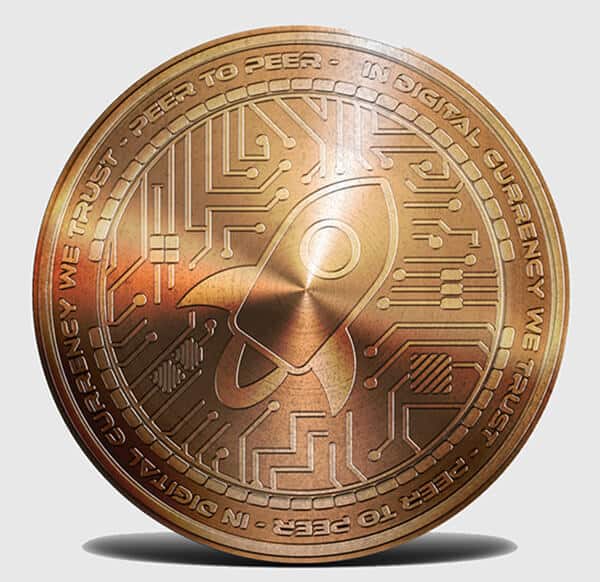 Today the price of Stellar retested its significant support level which can be clearly seen on the 4-hour chart below and is the support level from the ascending channel in which the price action is bouncing from 7th of February when the start of the bullish run-up has been experienced by the price. The price fell by 19.18% from Mondays open at $0.1378 as it came down to $0.1137 at its lowest point today.

As the price came of Stellar down to the significant uptrend support level it started moving to the upside again as the support was present but looking at the wave structure I don’t believe that we are going to see it back inside the bullish channel for much longer as the decrease we have seen ended yesterday could be the start of a higher degree move to the downside which is set to push the price for a breakout to the downside.

As you can see from the 4-hour chart I have counted five waves from 7th of February which could indicate that the impulsive move to the upside has ended. There might be a possibility of another increase if the 5th wave hasn’t ended in which case yesterday’s downfall would be the completion of the last 4th wave of a lower degree count.

The 4th wave cannot go inside the territory of the 2nd wave which is why now if the price starts moving lower than the current levels and comes below the vicinity of the last 2nd wave of a lower degree count the possibility of the staring downtrend would become higher, especially as in that case we would see a breakout from the bullish channel.

The bullish momentum has been stopped out at around $013937928 horizontal resistance level which proved to serve as resistance once more, but as the interaction with it hasn’t occurred properly the potential increase that could occur if the 5th Minuette wave hasn’t ended could bring the price up again to it for a proper retest of its resistance.

Zooming into the hourly chart we can see that I would be in fact expecting a breakout to the downside from here as the bounce from the significant support level looks corrective and would be the 5th wave out of the impulsive move to the downside.

The price is now struggling to keep up its upward trajectory around the prior minor high and hasn’t exceeded it which could be the early sign of weakness. If the price continues moving lower for a one more lower low as the 5th wave should develop it would bring the price below the 2nd wave out of the presumed 5th wave of a higher degree count which would validate the expected scenario.

But if the price has been in a corrective stage after the increase seen last Wednesday which is considered the 3rd wave out of the five-wave higher degree impulse the current downfall would have ended as a three wave structure which would be the third correction from the 4th wave in which case another higher high could develop before we see the start of a downtrend.