Homenewsstablecoin law could be passed in 2022

Legislators informed attendees at Consensus 2022 on Friday that a new federal law on stablecoins might be in place by the end of the year.

The panel suggested a law to address difficulties with crypto taxation and regulation, the Lummis-Gillibrand crypto bill – a clear federal stablecoin law.

This happened after the huge fall of the TerraUSD that the issue of law for stablecoin fueled up.

Referring to this crumbling of the TerraUSD cryptocurrency. Gillibrand, who was on the Consensus 2022 panel, stated, “We just had a financial crisis, we just had a meltdown, and it is all because we lack a regulation, and it is not fair for the in that industry not to have any regulation to protect them from”.

United States – Not the First One to Regulate Stablecoin

Recently Japan also issued the landmark stablecoin law as a part of their 5-year plan to protect investors and consumers in this everyday growing cryptocurrency era. This crucial step was taken after the Terra collapse.

Stablecoins are digital assets that are pegged to a national currency or another reference asset to keep their value stable, like gold or silver. Stablecoins aim to be a less volatile payment mechanism than bitcoin and other cryptocurrencies by using reference assets to stabilise the price.

They have also been used to facilitate the trading and lending of other digital assets in several decentralised finances (DeFi) transactions. Proponents argue that a well-designed stablecoin can provide customers with faster and more efficient payment options.

But apart from this bright side of stablecoins, regulators such as the federal Financial Stability Oversight Council have previously warned that stablecoins pose a systemic risk due to their lack of consistent risk-management standards and operational complexity.

The New Stablecoin Law – What to Expect

The prospective bill on Stablecoin comes in the wake of President Joe Biden’s executive order, which directs government agencies to investigate the dangers and benefits of cryptocurrency.

The U.S. has been preparing regulations for stablecoins well before the market unravelled and argued that a higher level of regulatory discipline is required for instruments with such significant potential impact on financial stability.

New crypto legislation in the United States may mandate stablecoin issuers to have adequate reserves and declare their holdings, decreasing the risk of market panic like the one that caused TerraUSD to collapse last month.

In a statement by U.S. Treasury Undersecretary for Domestic Finance, Nellie Liang said that technology companies that are not licensed as banks shouldn’t issue crypto stablecoins. Companies that issue tokens to allow users to pay for products and services should be subjected to the same level of scrutiny that lenders are subjected to under U.S. regulations.

Her remarks were directed after Facebook Inc.’s Meta Platforms Inc abandoned plans for a stablecoin project last month, which faced strong resistance from the U.S. government.

Why Stablecoin Law is the Need of the Hour?

The panel hinted that according to the discussion, they are hoping to pass this bill with incredible speed. The United States Senator Toomey remarked, “I’m going to go out on a limb and say we get stablecoins done this year.”

For the past year, the United States has made it apparent that it wants to assist and make the cryptocurrency business more sustainable, thus pushing it for a much simpler for cryptocurrency platforms to operate.

Bill for the regulation of stablecoins is an urgent issue given the rapid growth of this market.

Stablecoins are a $190 billion subsection of the crypto ecosystem, despite the fact that Bitcoin and Ethereum are the most popular crypto investments. In testimony, the market value for the assets has exploded to about 175 billion dollars from roughly 5 billion dollars at the start of 2020.

After the risks and investments that the stablecoin sector is expanding towards, it is very unclear what might the future hold, and a bill for guaranteed protection of the investors is a must before an uncertainty leads us into a run. 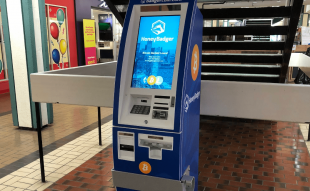