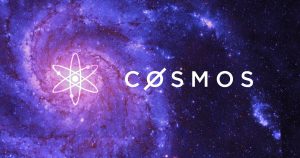 Sommelier has announced it has entered into a partnership with Mysten Labs to foresee critical research and development that will boost the speeds of liquidity transactions and develop smart contract applications based on the Cosmos blockchain.

Sommelier is a co-processing protocol to Ethereum Virtual Machine (EVM). Sommelier was developed in 2020 as a test-net protocol that will promote automated financial transactions useful to players in decentralized finance (DeFi), crypto traders and liquidity service providers.

As per the announcement, the Sommelier blockchain will partner with Mysten to launch a smart contract capability that is beneficial to Cosmos developers. These smart contracts will also be useful to those on Sommelier’s Ethereum Gravity Bridge.

Mysten Labs functions as a web 3.0 platform. It was created in 2021 by an active team of developers who have worked with other major blockchain projects, such as Facebook’s Diem and the Novi crypto mobile wallet.

Mysten Labs has a load of experience in the cryptocurrency and blockchain space. Because of the experience brought by the team from Mysten Labs, they will have the expertise needed to support the scalability of the Sommelier blockchain, which is expected to expand to 100,000 transactions per second (TPS).

The co-founder of Sommelier, Zaki Manian, spoke on this partnership, stating, “The Sommelier Tendermint consensus has raw untapped potential to process over 100K Transactions per Second (TPS). What we are doing with this partnership is completing the work of unleashing Tendermint’s potential to be the fastest blockchain network in datacenter class environments. We are excited to partner with the best expertise from Facebook’s former team of leading cryptography and distributed computing engineers who brought Diem and Novi to life.”

Cosmos operates through open source technology, which means that by Sommelier collaborating with Mysten Labs, it will bring more than $100 billion under management by Cosmos chains to the competent developer team at Mysten Labs who will boost functionality. The partnership will allow both Sommelier and Cosmos to benefit greatly from the foundational infrastructure provided by the Tendermint consensus.