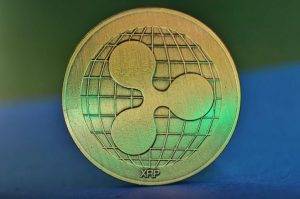 Ripple price trades at $0.9373 with a bearish bias after consolidating for the better part of Thursday. During the Thursday bearish trading session the XRP price dropped was stuck indecision characterized by a doji stick as bulls sought support at the 200-day Simple Moving Average (SMA) at $0.95. Ripple must reclaim this support to increase the odd of an upward movement.

After successfully holding on to the 100-day SMA at $0.8844 on September 21 and 22, Ripple price bounced off this level on September 22 to trade above the 200-day SMA. Yesterday, XRP/USD price was continuously rejected by the $1.0 psychological level but bulls successfully defended the $0.9556 level embraced by the 200-day SMA. However, today the bears had their way as Ripple tanked below this crucial support level.

Bulls are currently struggling to overcome the pressure from the selling zone around $1.007, embraced by September descending trendline.  Those who want to buy crypto need to know that Ripple price plunged approximately 42% from the September 06 four-month high around $1.4383 to September 21 low around $0.8369.

Reclaiming the 200-day SMA support level at $0.9556 will enable Ripple bulls to keep their heads above the water and undo the recent losses. This will bolster the Ripple to overcome the immediate resistance at $1.007, to tag the 50-day SMA around $1.0980. A rise further may see XRP reach areas around at the $1.20 psychological level and then September 06 high above $1.4.

However, the current bearish momentum may continue given the multiple hurdles Ripple price faces upwards. As such, if the cross-border remittances token slides below the immediate resistance around £0.9160 it will tag the 100-day SMA at $0.8844. A drop below the 100-day support level would see Ripple price extend the recent bearish leg eventually reaching the $0.80 psychological level.

After from trading below the September declining trendline, the parabolic SAR, the Relative Strength Index (RSI) and the Moving Average Convergence Divergence (MACD) indicator all accentuate Ripple’s bearish outlook.

Notice that the parabolic SAR flipped from positive to negative and move above the price during the September 07 crypto flash crash. As long this indicator remains negative, Ripple’s negative sentiment remains.

The movement of the RSI towards the oversold region is an indication that the bears are currently stronger than the bulls.

The position of the MACD below the zero line in the negative region points to a bearish market momentum adding credence to XRP price pessimistic outlook.