Referred to as the “tech breakthrough megatrend” by PwC, blockchain is poised to change the rules by automating trust, increasing transparency and simplifying business processes. However, to unleash its full potential, several challenges must be addressed, according to a Cisco report. 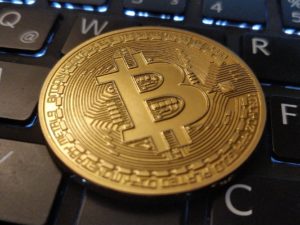 Blockchain technology has come a long way since its debut as just the technology behind cryptocurrencies. Today, all major firms are either exploring or piloting blockchain applications, which promise increased efficiency and costs savings. According to IDC, global spending on the technology is expected to reach US$2.1 billion in 2018.

Blockchain adoption and the transformation toward an era of a programmable economy is expected to deliver efficiencies and new business value in excess of US$3 trillion by 2030. This will be driven primarily by improved cash flow, asset provenance, and native asset creation, as well as new trust-based business models, according to the Blockchain by Cisco report.

Though blockchain has the potential to transform the business landscape, important challenges to wider adoption remain, says Cisco, which outlines three key challenges.

First, the firm notes the need to establish platform standards that meet the complex needs of the enterprise. In addition, today’s organizations are seeking industry-specific solutions to transform their business processes. Finally, interconnectivity of multiple independent blockchain networks is needed to unlock the true value of blockchain.

Another area is the Internet-of-Things (IoT) where the decentralized and autonomous model of the blockchain can be used as a foundation. Finally, smart cities can use blockchain to create a secure and common ledger to manage real-time data around transportation, energy, and utilities.

Cisco is building a blockchain platform

Cisco is currently developing a blockchain platform aimed at meeting desired use case requirements across different industries. The platform core consists of multiple layers, each including multiple subservices, with many customizable using pluggable interfaces.

It features a communications layer and distributed ledger, a pluggable smart contract engine that supports familiar developer languages such as JavaScript, GoLang and Python, an identity and policy layer responsible for tasks such as authentication, authorization and identity management, and an orchestration layer that ties all the other service levels together as part of a “service mesh.”

The blockchain framework is completed with end-to-end security and analytics spanning the infrastructure layer through the interface layer.

Beyond its blockchain platform, Cisco says it is building an ecosystem that would bring together service providers, independent software vendors (ISVs), and startups, as well as key consulting partners to create end-to-end industry solutions for the enterprise.

A primary focus for this “true Internet-scale trust network” is interoperability. Cisco says it is creating a common data model for digitized physical assets that can be deployed on any existing blockchain network, including well-known platforms in the Hyperledger project and Enterprise Ethereum.

The firm is working with several industry partners including the Trusted IoT Alliance, the Hyperledger project, the Enterprise Ethereum Alliance and the Chamber of Digital Commerce to develop standards and tools.