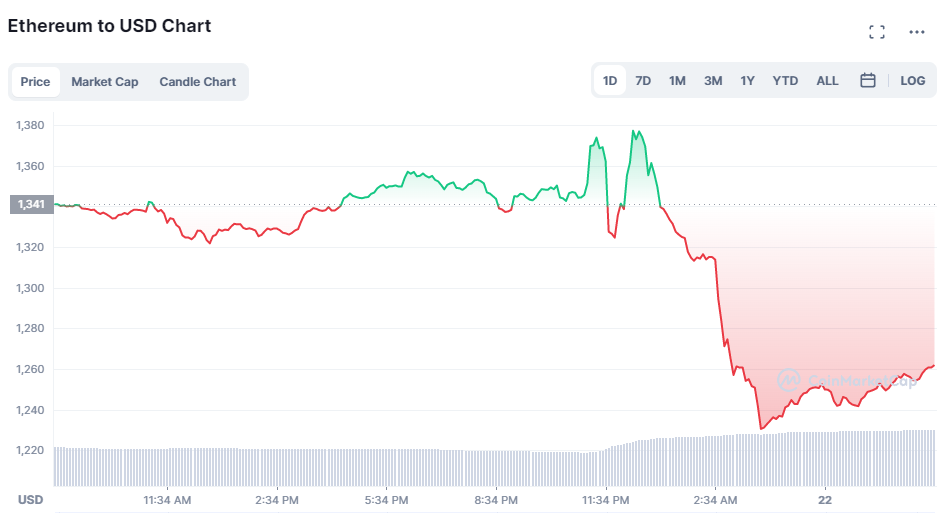 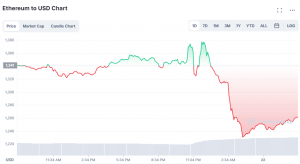 After a rigorous eight-year development process, Ethereum, the second-largest blockchain in the world, successfully made the shift to Proof of Stake last week. However, when investors awoke on Monday, the token’s price had dropped to its lowest level since July. Ethereum has dropped more than 20% from its September high of almost $1700 to its current price of $1330.

Why is Ethereum’s value still falling since the merging was meant to solve many of its issues? Several causes of the present decline are discussed below.

A long-term, not short-term, impact was intended for the merger

When Ethereum successfully merged, many of the headlines that followed were positive: “Ethereum ‘merge’ will change crypto forever” said Fortune. (This writer and publication were, it must be said, not immune to enthusiasm.)

Although the merger’s creators made a number of promises, including a significant drop in energy use and greater security, one temporary price hike was not among them. Congestion and excessive costs on Ethereum were not resolved by the merger. Instead, it only prepared the way for other facilities to potentially solve its problems in the years to come. Whoever anticipated that Ethereum would operate or appear entirely different on Thursday was going to be disappointed.

Major market dynamics have a significant influence on cryptocurrencies

Cryptocurrencies and the stock market are still closely connected, even though they were designed to retain value independently. Over the past several years, cryptocurrency prices, such as Bitcoin and Ether, have fluctuated along with larger market trends.

Because the Federal Reserve stated its plan to implement a sequence of vigorous interest rate rises to battle inflation, Ether’s values have been down this year. High interest rates deter consumers from making investments in risky assets like cryptocurrencies.

Two days before the merger, on Tuesday, Consumer Price Index data revealed that the United States inflation rate is still persistently high. Interest rates will rise as inflation increases: In response, Jerome Powell, the chairman of the Federal Reserve, said that the government’s money supply must be controlled “forthrightly, aggressively.”

The Dow Jones Industrial Average lost more than 1,200 points as a result of the market’s reaction, making it the index’s worst day since June 2020. Ether inevitably decreased with the slump. This Wednesday is anticipated to bring the announcement of the Federal Reserve’s decision about a probable rise.

Regulators are a concern for investors

Ether: Is it a secure blockchain? That issue has been up for discussion since Ethereum’s beginnings. Ethereum’s creators hoped to avoid failing the Howey Test (the set of standards that decides whether something is secure) and so shield Ethereum from much greater governmental monitoring. Regulators have mostly refrained from intervening since Ethereum founders have maintained for years that the coin is adequately decentralized.

However, some experts who specialize in the crypto industry claim that there is still a long way to go before Ether is recognized as a security. Collins Belton, a well-known cryptocurrency attorney and general counsel of the law company Brookwood, asserts that “the arguments regarding a coin turning into a security are simply not that strong.”

Collins thinks that even though the SEC were successful in classifying Ether as a security, by its reasoning, they would also have to classify Proof of Work currencies like Bitcoin as securities.

Investors continued to be concerned that the Federal Reserve would have to maintain its aggressive monetary policy in order to manage inflation, which may lead to an American recession, which contributed to the S&P 500 and Nasdaq Composite indexes posting their worst weekly performance since June.

It is anticipated that Bitcoin (BTC), which seems to have a significant association with both the S&P 500, would fall more than 9% in the previous week. Goldman Sachs analyst Sharon Bell cautioned that if this link remains, it might bring substantial damage to the cryptocurrency markets since aggressive rate hikes may produce a 26% decline in the S&P 500.

Contrary to popular belief, which holds that the Fed will raise charges by 75 percentage points during its forthcoming discussion in a meeting on September 20 and 21, the FedWatch Tool predicts an 18% chance of a 100-point rate reduction. Because of this uncertainty, short-term volatility may rise and keep investors on edge.

Investor interest in several cryptocurrencies may depend on how the Fed raises rates.

Although Bitcoin recovered from $19,320 last week and soared beyond $20,000, the bulls are having a hard time holding the current levels. This can be a sign of increased bear activity.

If the price continues to decline and drops below $19,320, the BTC/Tether (USDT) pairing might reach $18,510. It is expected that buyers would vehemently defend this level.

The simple moving average (SMA) of approx. $21,600 is an essential level to monitor on the upswing. If the bulls manage to raise the price beyond that mark, the pair might surge to $25,211. A recess and close beyond this resistance might signal the beginning of a new upswing.

Ethereum 2.0 is anticipated to lower the supply of ETH to stop price slumping

In comparison to its PoW model, Ethereum’s blockchain should become more scalable, usable, and energy-efficient after switching toward the PoS consensus mechanism. But how will the much-anticipated upgrade affect ETH prices?

Stakers will be required to start locking up their ETH coins in contracts to receive staking rewards from verifying transactions that now PoS has overtaken PoW as the resolution method, replacing miners. A validator must deposit at least 32 ETH upon this Beacon Chain, according to Ethereum.

According to research by the Swiss-based crypto-financial services business Bitcoin Suisse, staking will lower the amount of ETH in circulation. Nearly 13.7 million ETH has been claimed just on Beacon Chain as of August 29, 2022, taking over 11% of the total quantity out of circulation.

It should also be mentioned that the circulating quantity of the coin has already decreased as a result of an Ethereum improvement proposal (EIP) named EIP-1559, which introduced the burning of base gas fees in 2021.

Investors will view Ethereum’s advancement toward that deflationary monetary policy as an added benefit in addition to its position as the top platform for smart contracts. Additionally, by switching to PoS, Ethereum’s network will be less closely watched for its energy usage. After The Merge, Ethereum claims that its energy use would be decreased by “approximately 99.95%.”

Due to their high energy usage and carbon emissions, PoW networks like Bitcoin have been under pressure from European authorities to have their use restricted. According to the Harvard Business Review, the yearly energy usage of Bitcoin is comparable to that of Malaysia or Sweden. 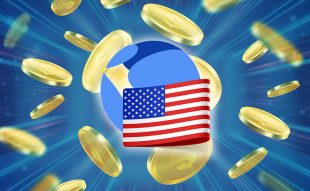