A small Norwegian cryptocurrency exchange has refunded its users after falling victim to a SIM swap and phishing hack in May 2021, reportedly losing $500,000 (4.1 million NOK) worth of digital assets.

Bitcoins Norway, based in Stavanger, was launched in 2013 and has served 25,000 Norwegian cryptocurrency investors. Its parent company is Bitcoins Norge AS.

Some customers are not satisifed however with the amount of Bitcoin they were reimbursed, as the Bitcoin exchange rate at the time of the hacking was different – when hackers force the sale of large amounts of BTC small exchanges can experience liquidity issues and the price wicks down in a flash crash.

The price of Bitcoin has also changed considerably in the months since the hacking.

Cryptocurrency entrepeneur Ole-André Torjussen has previously been investigated by Norwegian agency Økokrim (Ecocrime) for embezzlement and fraud in an unrelated case, although those charges were dropped.

For safe trading and investing, InsideBitcoins recommends eToro, a reputable exchange available in Norway and throughout Europe.

eToro is fully regulated by the FCA, ASIC and CySEC and as of 2021 has 20 million registered users.

For safe betting sites that accept crypto Sikrebettingsider.com lists the top secure platforms that accept Norwegians while also being regulated internationally. Cryptocurrency is becoming increasingly popular in Norway and across Scandinavia for use on online casinos, poker sites and sportsbooks.

Choosing crypto platforms that are regulated in several countries is a safer bet than using small, relatively-unknown local sites even if they appear convenient and are marketed specifically to Norwegian crypto investors. 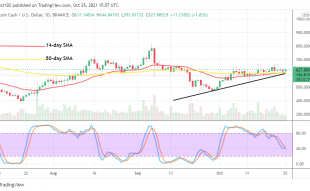 Join Our Telegram channel to stay up to date on breaking news coverage BCH/USD ...