Agencies around the world have been on the fence about Bitcoin since the beginning due to its potential for fraud and manipulation. Recently, the US Securities and Exchange Commission (SEC) rejected One River Digital’s proposal for a Bitcoin ETF – Exchange Traded Fund that allows one to buy carbon credits.

SEC didn’t waste any time in coming up with this decision. Earlier, it extended the deadline to give the final verdict on the proposal on June 2. However, the decision to reject the proposal for Carbon Neutral Bitcoin ETF came ahead of schedule.

A Move Motivated by Fraud and Manipulations Concerns

One River was hoping to get approval from SEC to offer the Carbon Neutral Bitcoin Trust on New York Stock Exchange Arca.

The proposal, however, was found to have less than optimal protection against fraud and manipulations, a common factor in most Bitcoin-ETF proposals the Security Exchange Commission has received.

The Commission noted that the proposed rule change that One River forwarded uses the same standard as the previous proposals that wanted to list Bitcoin-based commodity trust. With that, the SEC clarified that the proposed rule fails to meet the regulator’s fraud prevention standard. Adding further, SEC stated that analyzing the value of blockchain technology or bitcoin was not the reason behind the rejection.

One River digital’s application is not the first bitcoin ETF to be rejected; it is just the latest one. Many organizations have before tried to submit proposals for their versions of Bitcoin-ETF, and US SEC has rejected all of them. These organizations include Fidelity Investments, Global X, Skybridge Capital and New York Digital Investment Capital.

While most of them have stepped back after getting SEC’s verdict, digital asset manager Grayscale is much more aggressive – going as far as threatening SEC with a lawsuit if the application is not considered. The asset manager is also rallying people on social media to stand behind its application.

One River submitted the One River Carbon Neutral Trust Proposal in May 2021, but public records say they made some changes and resubmitted the proposal four months later.

Many have said that bitcoin-ETF is a bad way to enter the crypto market.  Citing reasons like enormous trading fees and high expense ratios that lower the ETF investment returns – many are supporting SEC’s decision. 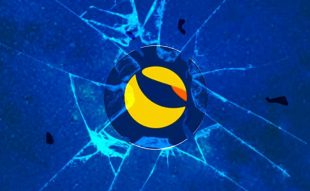