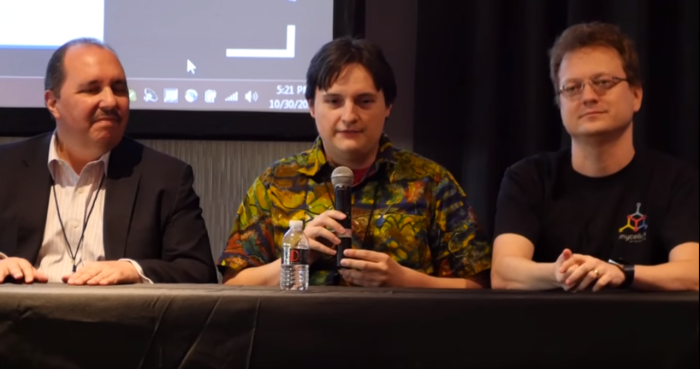 A panel discussion on the future of Bitcoin took place at the recent Bitcoin Investor Conference in Las Vegas, and the Satoshi Nakamoto Institute’s Daniel Krawisz was one of the individuals who was featured on the panel. While making his comments on where he thinks bitcoin may end up in ten years, Krawisz focused on how government may be inadvertently helpful in the promotion of the digital money. The general idea is that more people will turn to bitcoin as governments continue to enact poor monetary policy, overtax, overspend, initiate bail-ins, and increase capital controls.

Before getting into his predictions on the future of bitcoin, Daniel Krawisz offered an anecdote about how the cryptocurrency has altered his view on the current state of government around the world. Due to bitcoin’s positive association with poor government policy, Krawisz now seems to be cheering on more bad decisions made by politicians and lawmakers. He explained:

“One of the fun things about bitcoin is that it completely changes your attitude about all of the terrible things happening in the rest of the world because before I got into bitcoin I was like, ‘Oh, no — unfunded liabilities.’ And now I’m like, ‘Yes. Destroy everything as quickly as possible.’ All of that is great for bitcoin.”

Taking his point on poor economic policy further, Krawisz went on to say:

“Bitcoin always does really well whenever governments do something really stupid, so I’m all for that.”

It would make sense for bitcoin to be viewed more positively by the general public as governments become more economically restrictive. For example, there was a huge runup in the bitcoin price in 2013 around the same time that the bail-ins took place in Cyprus. A more recent increase in the bitcoin price has been associated with harsher capital controls in China.

Whether these two instances are directly linked to the changing bitcoin price is unclear. For example, Kapronasia Founder and Managing Director Zennon Kapron has claimed bitcoin use in China is still very limited. Having said that, traders seem to perceive these power grabs by governments as a positive sign for bitcoin.

Big Government as a Killer App

Later in the panel discussion, the panelists were asked about a possible killer app for Bitcoin. Mycelium’s Dmitry “Rassah” Murashchik provided a quip, which tied in nicely with the statements previously made by Krawisz. He stated, “I think Bernie Sanders is a Bitcoin killer app.”

Sanders is a self-described democratic socialist, and his policies would diminish individual freedom when it comes to what people are allowed to do with their own money and property. One of the key points of bitcoin is that it gives the individual complete control over their own digital money, which is why Murashchik is hinting that more people may turn to bitcoin if Sanders were elected President of the United States.