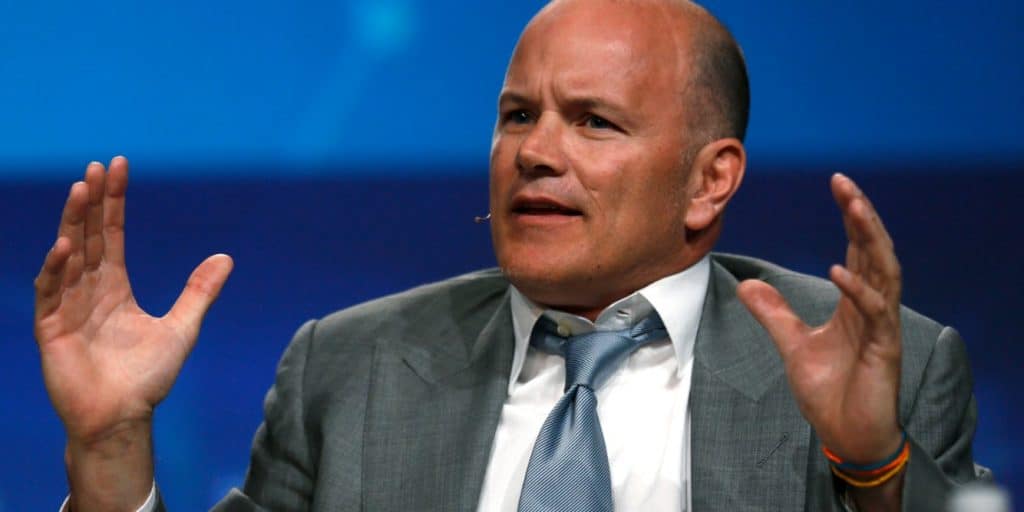 Mike Novogratz, the co-founder, and chief executive of digital asset merchant bank Galaxy Digital, has always been one of the most bullish crypto insiders. In a recent statement, the stock trading and investment mogul hammered on one of his predictions once more.

Recently, Novogratz sat down for an interview with news medium Bloomberg, where he spoke on a wide array of topics, including the state of the crypto industry, new entrants like Facebook and Telegram, and what he sees Bitcoin trading at in the future.

On the latter topic, he reiterated a previous prediction he made in June, saying that he sees the most popular digital asset crossing the $20,000 mark before the year comes to a close. He recalled that Bitcoin was able to rally from $4,000 to $13,000 back in June, further predicting a consolidation between $10,000 and $14,000.

Novogratz also predicted that this $20,000 rally will most likely be fuelled by renewed cryptocurrency interest by institutional investors.

His prediction was eerily similar to the previous one, which, as stated earlier, he famously made late last month. In the midst of Bitcoin’s price surge, Novogratz made an appearance on  CNBC’s Squawk Box, where he gave the $10,000 to $14,000 consolidation forecast, for the first time. At the time, he added that Libra’s introduction will help spur institutional investment in crypto, as these investors will now feel much more confident in making cryptocurrency investments.

In part, he said, “One of the largest companies in the world said we believe in cryptocurrencies. If you’re an institutional investor who’s getting close and still worried about investing, it makes you that much more confident.”

As regards the entrance of new market players, Novogratz claimed to Bloomberg that the biggest thing that a company like Facebook has going for it with Libra is its immense user base. However, he also pointed out that getting customers might be difficult. Still, given that Telegram and its Telegram Open Network (TON) will be launching in a few months, it could serve as an experiment with a similarly large user base.

He also added that these new entrants will do their bit to help speed up cryptocurrency adoption, and in turn, drive up crypto prices as well.

He said, “So before Facebook launches, we’re going to have a real view at an experiment called Telegram where they also have a user base. These projects, if it’s Bitcoin or Ethereum, it’s converting new users. It’s not offering a new product to existing users. So I think the chances of adoption in these existing platforms is pretty high and that will spill over into the broader crypto community.”

The prediction is coming in the wake of his company securing clearance to issue IPOs. Galaxy Digital Advisors LLC, the broker-dealer division of Galaxy Digital, got an underwriters license from the Financial Institutions Regulatory Agency (FINRA). Essentially, it means that the broker-dealer can now act as a guarantor of the sales of shares, debt, or any other corporate security within the United States.