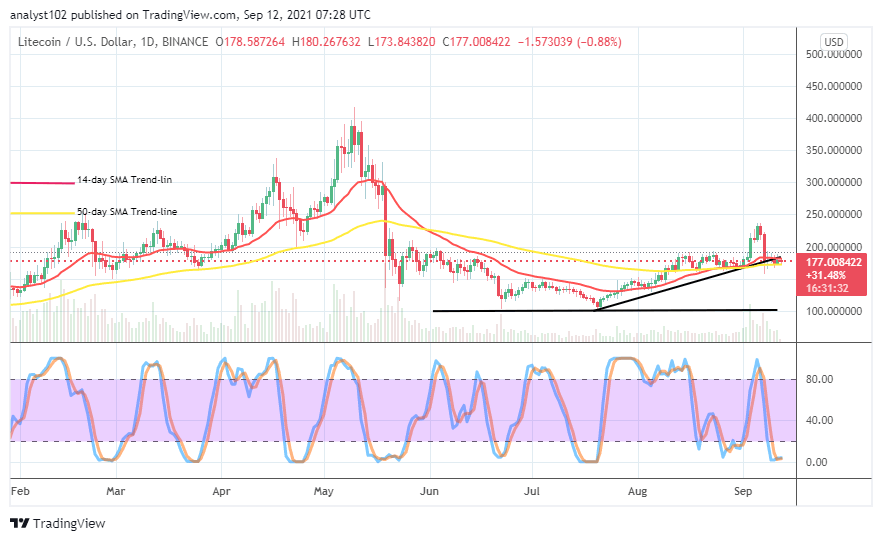 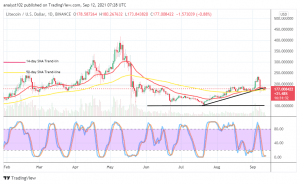 Litecoin Trade Falls Back into Ranges – September 12
The LTC/USD trade falls back into ranges that it was keeping lately before the occurrence of a spike in price valuation on September 3rd. As of writing, the crypto’s worth level trades around $177 at a smaller relative minus percentage rate of about 0.88. That raises the suggestion that the pressure to the downside has reduced to a notable maximal line.

LTC/USD – Daily Chart
The LTC/USD daily chart reveals that the crypto-economic trade falls back into ranges of between $200 and $150. All the indicators are in the range-bound trading zones. The 14-day SMA trend-line is a bit above the 50-day SMA trend-line as the bullish trend-line managed drawn to touch the smaller SMA. The Stochastic Oscillators are in the oversold region, with the lines closed near the range of zero. That indicates that the pressure may soon set to get settled around the lower range trading line.

Is there any possibility that price may go down further below $150 as the LTC/USD trade falls back into ranges?

Despite the last downward price pressure that occurred recently, the indications on grand not sufficed enough to suggest further safe pushes to the south side below the point of $150 as even the LTC/USD trade falls back into ranges. Bulls may now have to rebuild their appearances around the lower range trading line. Price movements made to push southward will in most cases be to allow a rebound to feature.

On the downside, the LTC/USD trade bears should be cautious of joining the moves making a trend toward the line at $150 with lesser-active motion. A fearful featuring of price action against the line could be to make up for profiteering. Therefore, bears running into a trap may occur in no time as there can be a sudden hike in the crypto valuation to push back upward to surpass the last higher trading line. 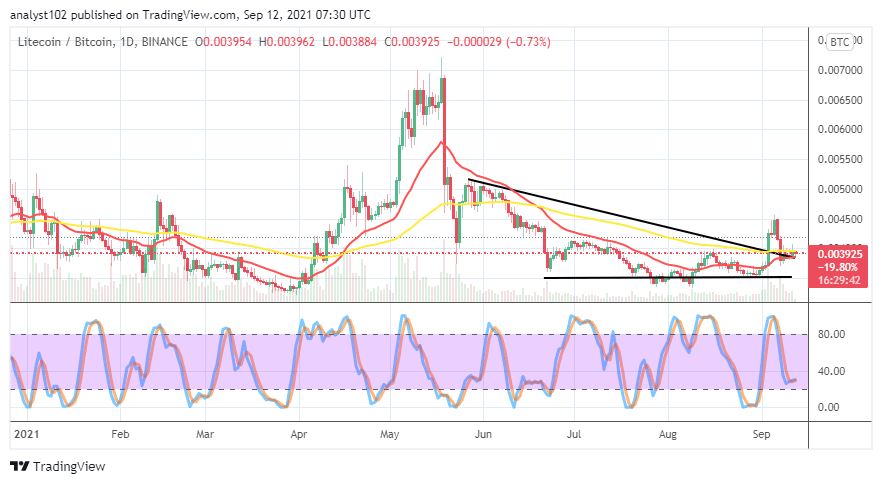 The LTC/BTC price analysis chart showcases that the crypto pair trade falls back into ranges it left northwardly on September 3rd session. In comparison, the base crypto is still not far from the threshold of regaining trend-capability pairing with counter crypto. The Stochastic Oscillators have moved southbound as the lines closed a bit over the range of 20. That could mean that the pressure inflicted on Litecoin by Bitcoin is getting declining gradually. 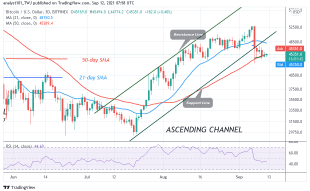