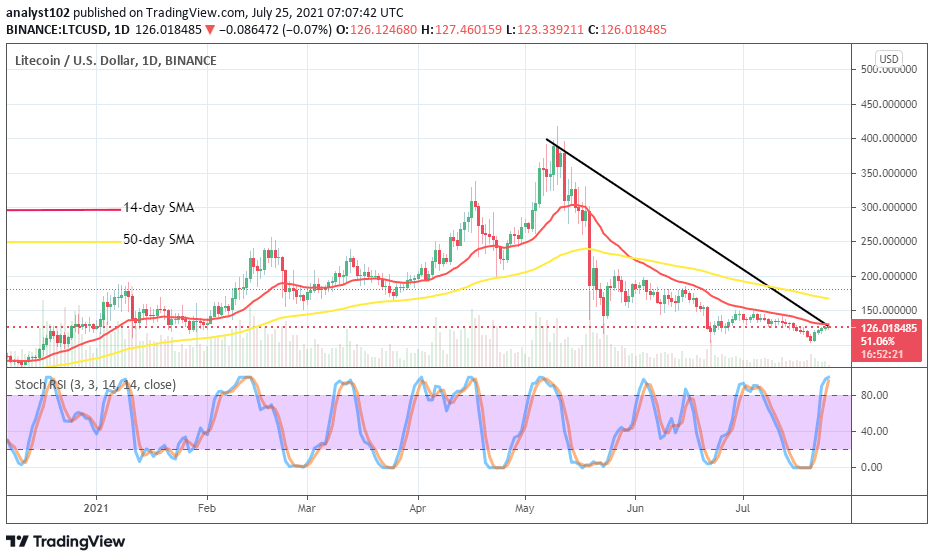 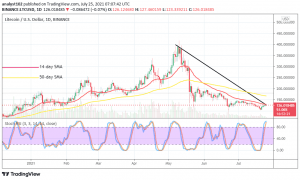 Litecoin Operation Ups in Ranges – July 25
The LTC/USD trade operation ups in ranges after completing a downward motion inflicted on it by the purchasing energy of the counter fiat coin. The crypto slowly pushes at a low positive percentage rate of about 0.03 to trade around the level of $126.

LTC/USD – Daily Chart
It is on the LTC/USD daily trading chart that the operation of the crypto ups in ranges. That happened while Price couldn’t break down the lower range line at $100 during the 20th day’s trading session. The market started experiencing an uprising in the following days until now. The bearish trend-line remains drawn southward across the bigger SMA to touch the smaller SMA on the buy signal side to pinpoint the present area of resistance trading. The 50-day SMA trend-line is above the 14-day SMA trend-line. The Stochastic Oscillators are in the overbought region, with the lines conjoined to point slightly to the northbound. That indicates that the pressure to the upside is ongoing in a very light form.

The market operation ups in ranges; could there be an eventual breakout at the upper side?

A breakout at the upper range side may occur if the crypto market holds the current movement tight in the formation of consolidation moving manner even as the LTC/USD operation ups in ranges. At this point, the energy that bulls needed to beef up further appears getting reducing. And, in light of that, traders may have to stay a while away from placing any order. On the contrary, investors may deem it fit to join the crypto economy now as it is considered one of the best times to do so.

On the downside analysis, it’s now high time that the LTC/USD market bears be alert, looking for a firm rejection of the current uprising around the trend-line of the smaller SMA. Meanwhile, a sudden fearful upsurge from that point to break out the upper range line, at the $150, will potentially portend decimation of the assumption earlier nurtured. However, the reading of the Stochastic Oscillators suggests that that assumption will be far-reaching later on. What could occur in the near time is a kind of consolidation moving manner that could cause an indecision trading situation of the crypto economy for several sessions. 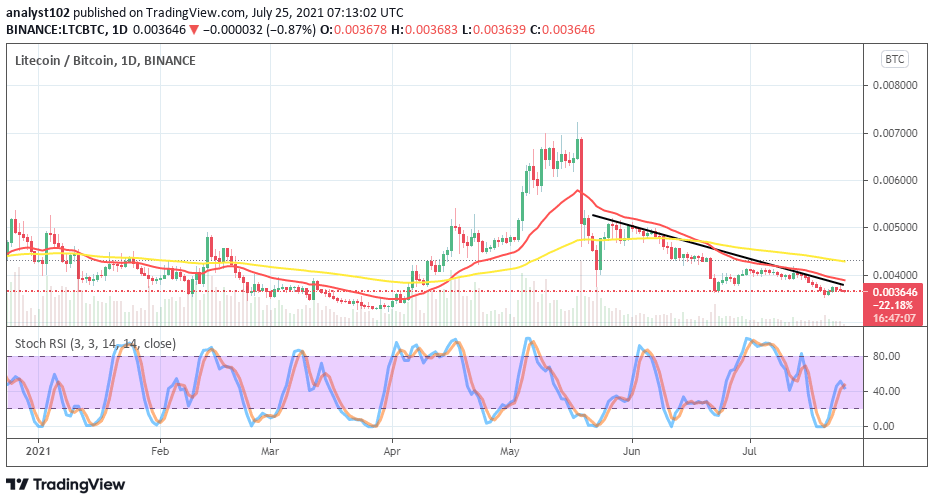 On the daily price analysis chart, the crypto-market operation ups in ranges aren’t between the duo-cryptos. It showcases that Litecoin’s trending weight is pressurized by Bitcoin’s more on a lighter note. The 50-day SMA trend-line is over the 14-day SMA trend-line as the bearish trend-line drew alongside the smaller SMA to locate the path that the base crypto, being pushed southward. The Stochastic Oscillators have moved northbound from the oversold region to attempt closing the lines a bit above the range of 40, probably to the south. That indicates that the base instrument may still undergo a falling pressure in the next session. 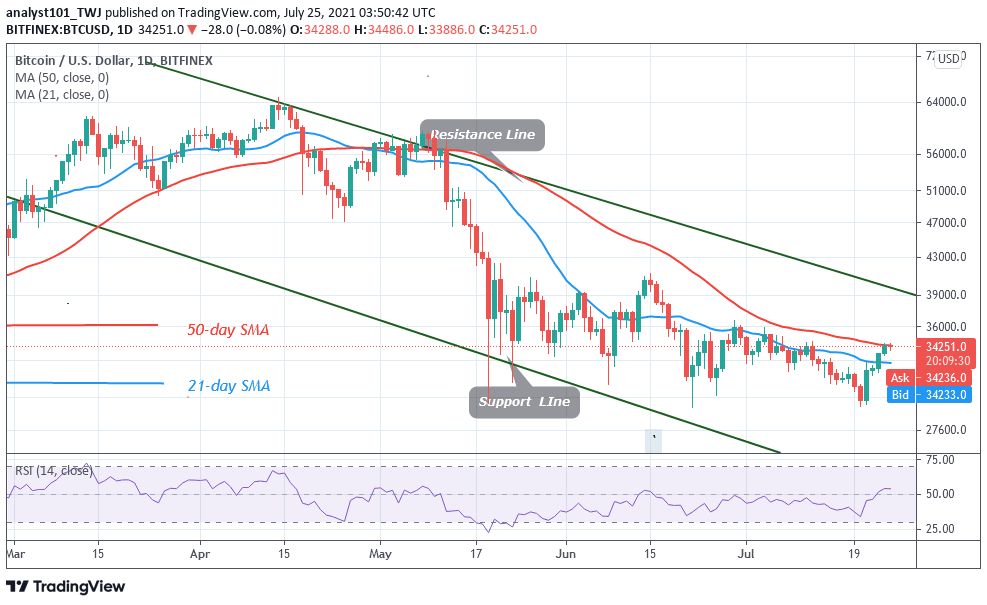