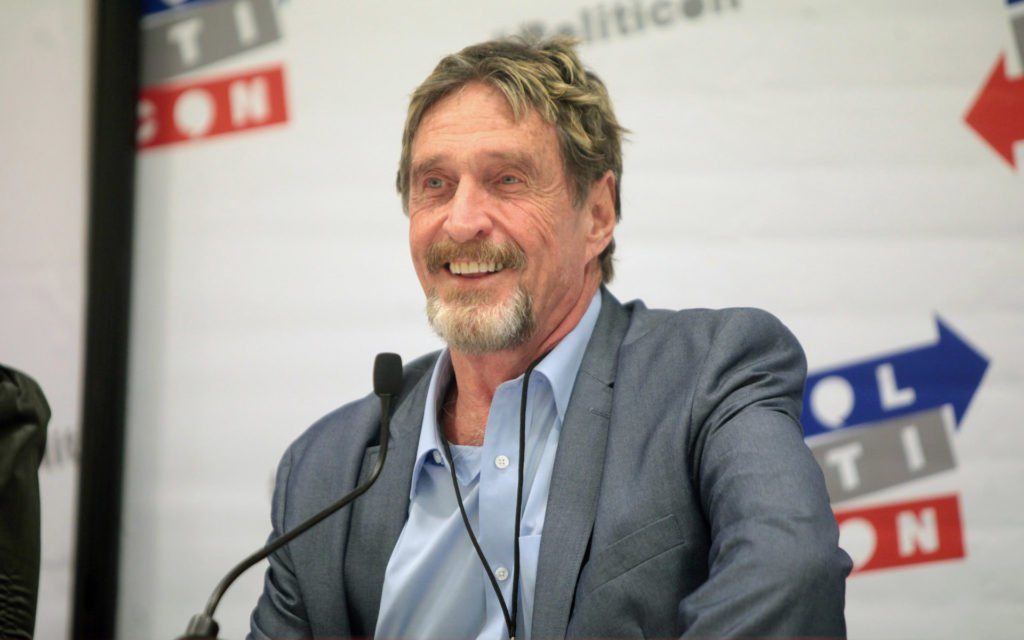 Since it announced the recent hack, Binance has been attracting attention from all corners of the crypto community. Based on recent reports, it seems the exchange could be getting free cybersecurity advice that would prevent a recurrence in the future.

John McAfee, founder of the ubiquitous McAfee Antivirus and self-proclaimed “clown,” sent out a tweet On May 8, showing support for Binance and offering Changpeng “CZ” Zhao, the exchange platform’s Chief Executive Officer, his cybersecurity expertise and any other form of help that he can provide.

McAfee’s support for the exchange might be shocking to some indeed. He hasn’t particularly struck anyone as the “team player” type of person, and given his extensive list of questionable acts, it’s tough to discount the argument that his actions could be self-serving in some way. However, for the time being, the millionaire antivirus developer seems to be in Binance’s corner 100 percent. His offer for help has already been accepted by Zhao, who thanked him and promised to schedule a meeting.

However, McAfee sent out a separate tweet on the same day, calling hackers “the dark wizards of our age” and challenging the entire tech industry, especially fellow antivirus company Kaspersky, to show support for Binance.

Earlier this week, Binance was hit with a hack that saw 7000 Bitcoin (BTC) tokens (worth about $42 million as at press time) stolen from its hot wallets. According to a letter from Zhao which was posted on the company’s blog on May 8, the hackers were able to implement various theft tactics, including phishing techniques and deploying a virus, to obtain multiple two-factor authentication codes and API keys, as well as other forms of customers’ confidential information.

The exchange pointed out that there was one specifically affected transaction, which saw the hackers withdraw 7,000 BTC. Zhao claimed that the tokens were stolen from the 2 percent of Binance’s total asset holdings which were kept in its hot wallets. Other wallets, he claimed, are secure and completely fine.

He also issued a warning to customers, saying:

“Please also understand that the hackers may still control certain user accounts and may use those to influence prices in the meantime. We will monitor the situation closely. But we believe with withdrawals disabled, there isn’t much incentive for hackers to influence markets.”

The exchange stated that all withdrawals and deposits would remain suspended at the time, although trading options will remain open so users can continue to adjust their positions as they wish. It also highlighted that it would use funds from its Secure Asset Fund for Users (SAFU) to help reimburse affected users. The fund, which was created back in July 2018, holds 10 percent of the company’s total trading fees, and it functions as a form of emergency insurance.