SIX has announced that it is developing a fully integrated trading, settlement, and custody platform for digital assets. Thomas Zeeb, Head Securities & Exchanges at SIX, explains how SIX Digital Exchange (SDX) is building a bridge between existing and new infrastructure and gives interesting insides on an interview published on the SIX Blog. 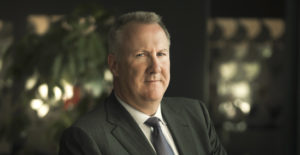 It is not so much the terms electronic and digital that constitute the difference. The word electronic, for example, in electronic trading really only refers to the act of trading. What comes after that is clearing, settlement, and custody – all parts of the Swiss value chain. SDX, in contrast, executes all of those steps simultaneously. That’s a big difference. Millions of francs that are tied up today as collateral will be freed as we execute a genuine, instant, transfer of title to a property. Distributed ledger technology makes that possible. In other words, we’re building the world’s first end-to-end trading, settlement, and custody platform for tokenized assets that will operate in a regulated environment.

Tokenized assets? What does that mean exactly?

Tokenized assets are a form of digital assets that can be traded on SDX. There are almost no limitations to the types of assets that can be tokenized. The realm of conceivable tokenized assets includes digital currencies and securities, and perhaps someday even non-bankable assets such as paintings and real estate. But the first assets that we would like to tokenize as part of a minimum viable product (MVP), an early version of SDX, are securities that are already traded today on our exchange. We plan to take that step in mid-2019.

What advantages does this bring?

Tokenization brings significant advantages, especially for our clients, in creating new products for their clients. Anyone who lacks a lavish budget but would nonetheless like to diversify the portfolio gets options beyond mutual funds. A token can be almost infinitely fractionalized. I could then, for instance, get a fraction of a share – 0.00173 Nestlé, for example. Cryptocurrencies have already made us familiar with this principle. Imagine the services that banks could offer their clients in the future. Tokenization will give all assets a new digital quality. They will become intelligent in a way because we’ll be able to do almost anything with them via smart contracts. Will SDX also host initial coin offerings, ICOs? SDX will offer digital IPOs.

In the future we must be able, to verify that the actual asset underlying the digital asset is not of criminal origin.

But whether or when we start to use the respective technology depends on a number of different factors including a regulatory infrastructure that exploits the potential of digitalization. The lack of such a regulatory infrastructure, of course, is exactly why cryptocurrencies don’t always enjoy the best reputation and why ICOs have come under fire on occasion. It’s a serious issue because there are currently no controls in place. All the more important is a transparent, straightforward process. In the future we must be able, for instance, to verify that the actual asset underlying the digital asset is not of criminal origin.

If we can do that, institutional investors, for example, will be among the first to want to take advantage of such offerings. The same goes for ICOs, which currently proceed in a decentralized and unregulated manner and thus give rise to a large number of fraud cases. What we’re striving for is a white ICO. Starting in spring of next year, we will meet with banks and the Swiss regulator FINMA to swap ideas on how ICO services from our side might look. We need to define standards, perhaps not as high as those for a traditional IPO, but not much lower either.

Speaking of standards, how mature are the regulations for a platform like SDX?

The regulations are just starting to take shape, which is an advantage for us. Part of the regulatory regime will probably develop continuously with the buildup of SDX. Our ICO services, for example, will set a precedent. Given the experience and status of SIX as an operator in a regulated environment, we are working closely with FINMA to define the needs for the future.

It is indeed. The competition in the form of digital currency exchanges has it tougher than we do. Our path going from traditional to digital asset classes is a more credible one than their path transitioning from an unregulated to a regulated structure. And again, on top of that, there’s our unique starting position as an established supplier of end-to-end trading, settlement, and custody services all under one roof. We are well-positioned to build the bridge between existing and new infrastructure. We find ourselves presented with a tremendous first-mover opportunity to capitalize on, and further strengthen, the brand value of SIX as well as Switzerland’s brand value. SDX has the potential to position Switzerland at the center of the global financial industry’s digital future.

As Head Securities & Exchanges at SIX and a member of the Executive Board, Thomas Zeeb is responsible for all of Switzerland’s stock exchange capabilities. This includes listing and trading services as well as all post-trade services with clearing, custody, and securities finance. In addition to this Exchange Services remit, Thomas Zeeb is also the driving force behind the newly launched SIX Digital Exchange (SDX). He is accountable for the vision, scope, and delivery of what has been referred to as the future of exchanges. Prior to SIX, Thomas Zeeb held a number of positions in New York, London and Luxembourg for Bank of New York and Clearstream Banking respectively. The Canadian national speaks fluent German and is passionate about all things that represent excellence – particularly in the realm of client service.